Earthquakes off the Lancashire coast. 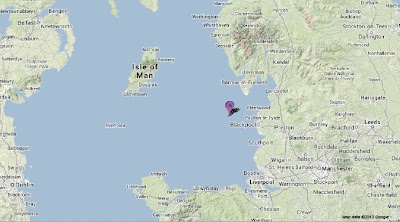 
Earthquakes become more common as you travel north and west in Great Britain, with the west coast of Scotland being the most quake-prone part of the island and the northwest of Wales and England being more prone  to quakes than the rest of the countries.

Witness accounts of Earthquakes can help geologists to understand these events, and the structures that cause them. If you felt either of these quakes, or were in the area but did not (which is also useful information) then you can report it to the British Geological Survey here (first quake) or here (second quake).