A police car carrying a Sub-Divisional Magistrate was repeatedly rammed by a tractor towing a trailer-load of aggregates during a raid on an illegal sand-mine at Nalagarth in Himchal Pradesh. The driver of the tractor, Makhan Singh, was apparently trying to overturn the trailer over onto the vehicle carrying the magistrate, Yunus Khan, but was eventually overcome and captured by police. A second vehicle was apparently able to escape while this occurred. 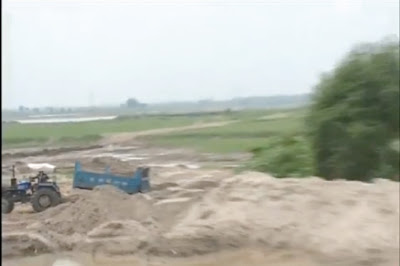 
India currently has a large demand for sand, fueled by a boom in the construction industry, however much of this comes from illegal sources, which often involves sand extraction from the banks or beds of rivers, leading to problems with flooding and erosion. Authorities in many parts of the country have struggled to come to terms with this problem, particularly as in some parts of the country prominent local politicians appear to be heavily involved in the industry. The issue has come to a head in the past two weeks following the suspension of Durga Shakti Nagpal, a young Indian Administrative Service Officer who had confronted an illegal sand-mining 'maffia' in Uttar Pradesh, allegedly at the request of a local politician with links to the industry, which has provoked a widespread public outcry.

Yunus Khan has confirmed that he has received death threats in the past over his attempts to combat illegal mining in Himchal Pradesh, but also to point out that there has never been any attempt to impede him by politicians in the state. 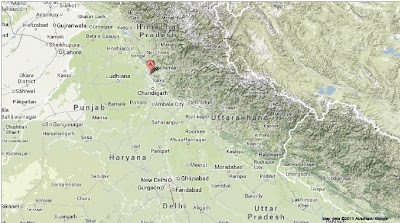 The approximate location of the Nalagarth illegal sand mine. Google Maps.