Three people were killed when a cliff collapsed on them during work to dig a drainage trench to divert floodwater at Sindangjaya Village in the West Badung Regency in West Java on the morning of Friday 16 August 2013. The three have been named as Saep (60), Agus (45) and Jana (35), who were digging into the cliff when a 20 m section collapsed on top of them. All three were the same day, after the completion of the Friday prayers. 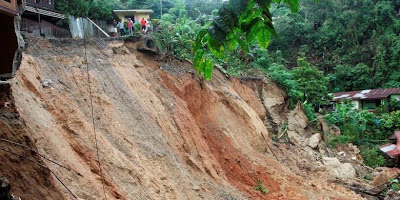 Many areas of east and south Asia have been hit by exceptional rainfall this year, leading to a string of fatalities in flood and landslide events. Landslides are a common problem after severe weather events, as excess pore water pressure can overcome cohesion in soil and sediments, allowing them to flow like liquids. Approximately 90% of all landslides are caused by heavy rainfall. 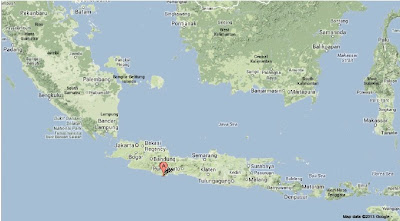 The approximate location of the 16 August 2013 Sindangjaya landslip. Google Maps.