A Chalcid Wasp from the Early Cretaceous of Brazil.

Chalcid Wasps are among the most widespread and numerous of all Insects, with over 22 000 described species to date, and estimates of up to half a million species in total. Chalcids are found in almost every habitat on every continent except Antarctica, though they are often overlooked due to their small size. Most Chalcids are parasitoids, laying their eggs in other invertebrates, with the larvae devouring their hosts from the inside as they grow, though a few species mature their young in galls on plants or inside seeds. The larvae of Chalcid Wasps are known to parasitize Butterflies, Moths, Beetles, True Flies, True Bugs, Spiders and even Nematodes. They have a fossil record dating back to the Middle Jurassic.

The new wasp is named Parviformosus wohlrabeae, where 'Parviformosus' means small and beautiful and 'wohlrabeae' honours Judith Wohlrabe of the University of Portsmouth, who discovered the specimen. Parviformosus wohlrabeae is a parasitoid Wasp 3.5 mm in length excluding the ovipositor (needle-like organ used to insert the eggs into their hosts) or 5.1 mm long if the ovipositor is included, making it the smallest Wasp yet discovered from the Crato Formation. 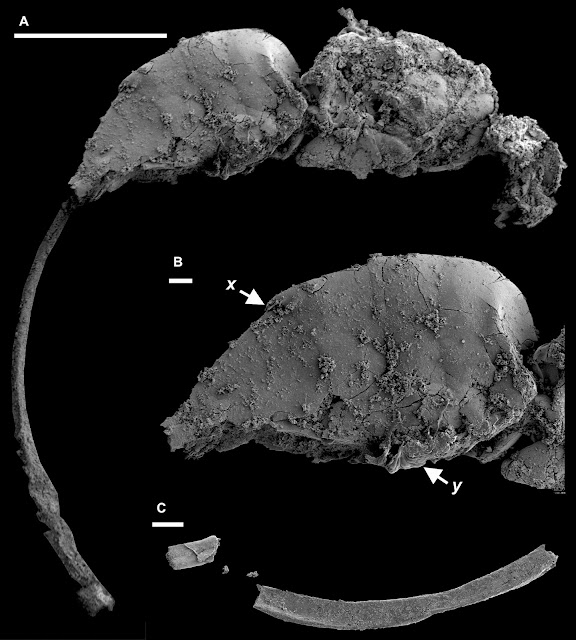 Parviformosus wohlrabeae is assigned to the Pteromalidae, a large diverse group of parasitoid Chalcid Wasps which have not previoulsy been described from the Mesozoic, the oldest until now having been a specimen in amber from the Late Eocene of Ukraine. It is also suggested that the specimen shows affinities with the Sycophaginae (Fig Wasps) due to the structure of its ovipositor, though it is at least 50 million years older than any known fossil Fig (or Fig Pollen). 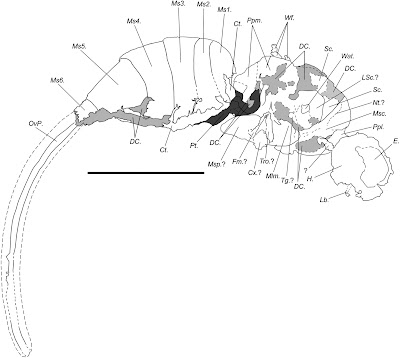