A man has died of head injuries sustained in an incident at the CONSOL Energy operated McElroy Coal Mine in Marshall County, West Virginia, according to the West Virginia Office of Miners' Health, Safety and Training. The incident took place at about 12.50 pm local time (about 4.50 pm GMT) on Friday 4 October 2013, and is thought to have been caused by the failure of a conveyor chain while moving equipment. The man has been named as Roger King, 62, of Moundsville, who had been employed at the mine for 17 years. 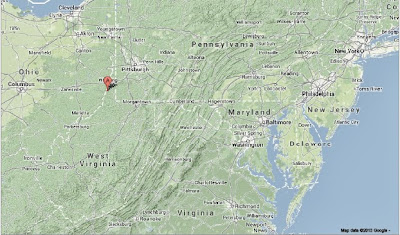 The approximate location of the McElroy Coal Mine. Google Maps.


McElroy is the largest coal mine in West Virginia, employing nearly a thousand workers, 890 of which operate below ground. It produced 9.4 million tons of coal in 2012. This is the sixth fatality at a West Virginia mine so far this year, and the third at a CONSUL operated mine, though the first at McElroy. The mine has closed while an investigation into the incident takes place, and is not expected to reopen until Sunday 6 October.