A new species of Hyaenodontidan Mammal from the Early Eocene of France.

The Hyaenodontidae were a group of carnivorous Mammals the appeared in the the Late Palaeocene and continued till the Late Miocene. Their name means 'Hyena-toothed', though they are not closely related to the Hyenas, or any other extant Mammal group. They were formerly classified with the Oxyaenids in a group called the Creodonts, though that group is now thought to be polyphyletic; i.e. the two groups which formerly were classified together to form the Creodonts are no longer thought to be closely related.

In a paper published in the Journal of Systematic Palaeontology on 11 December 2012, Floréal Solé of the Muséum national d’Histoire naturelle in Paris describes a new species of Hyaenodontid from the Early Eocene of France.

The new species is named Morlodon vellerei, where 'Morlodon' means 'Morlo's tooth', honouring Michael Morlo of the Senckenberg Research Institute, an expert on carnivorous Mammals, and 'vellerei' means 'to scrape'. The species is based upon 21 fragmentary specimens from Saint-Agnan, Avenay and Condé-en-Brie. Only the teeth and parts of the jaws are known. 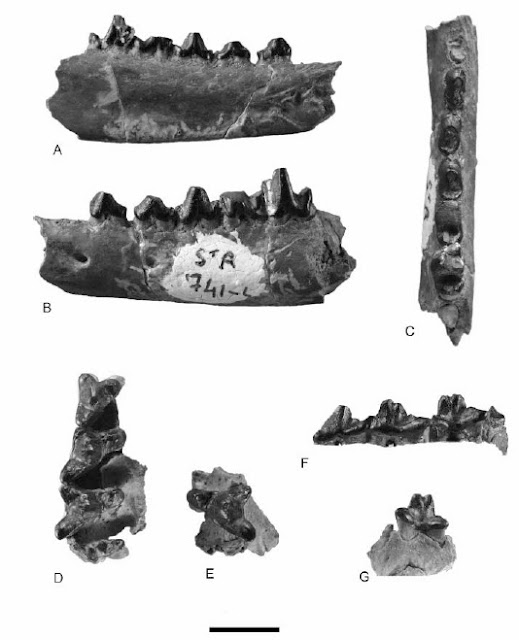