Environmental factors influencing the Lionfish invasion of San Salvador Island in the Bahamas.

Lionfish, Pterois volitans, are large predatory Fish from the Indo-Pacific region that have become a serious invasive pest in the Caribbean and along the southeastern coast of North America. They were first recorded off the coast of Florida in 1985, and since then have spread across much of the region, rapidly coming to dominate the ecology of islands and reefs that they reach; a study of the waters around New Providence Island in the Bahamas showed that within six years of Lionfish reaching the island prey species which they targeted had declined by 65% and they had come to make up 40% of the biomass of all predatory fish around the island. Lionfish have also recently been recorded from the Mediterranean, and are currently considered one of the most threatening invasive species not just in reef environments, but in any ecosystem. 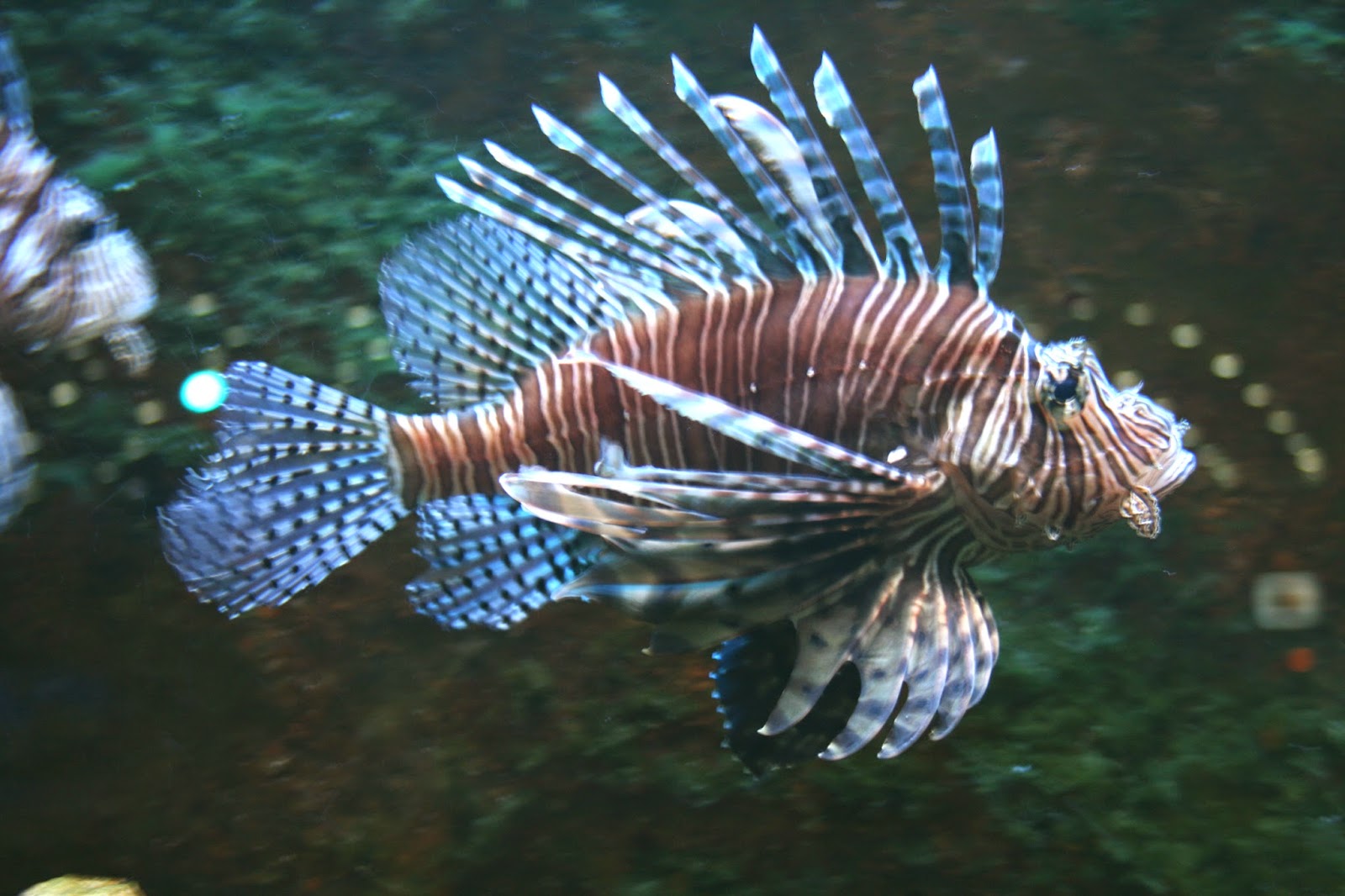 In a paper published in the journal PLoS One on 3 September 2014, Andrea Anton of the Curriculum for the Environment and Ecology at the University of North Carolina, and Michael Simpson and Ivana Vu of the Department of Biology at the University of North Carolina, describe the results of a study into Lionfish population density on San Salvador Island in the Bahamas. The study was carried out by divers in July-August 2009, four years after Lionfish were first recorded around the island (in 2005).

Anton et al. collected data on Lionfish densities from 18 sites around the island, along with data on small prey fish, medium prey fish, large predatory fish and large predatory Groupers (the only fish present that were large enough to be potentially able to predate Lionfish), as well as reef structure and complexity and wave exposure. 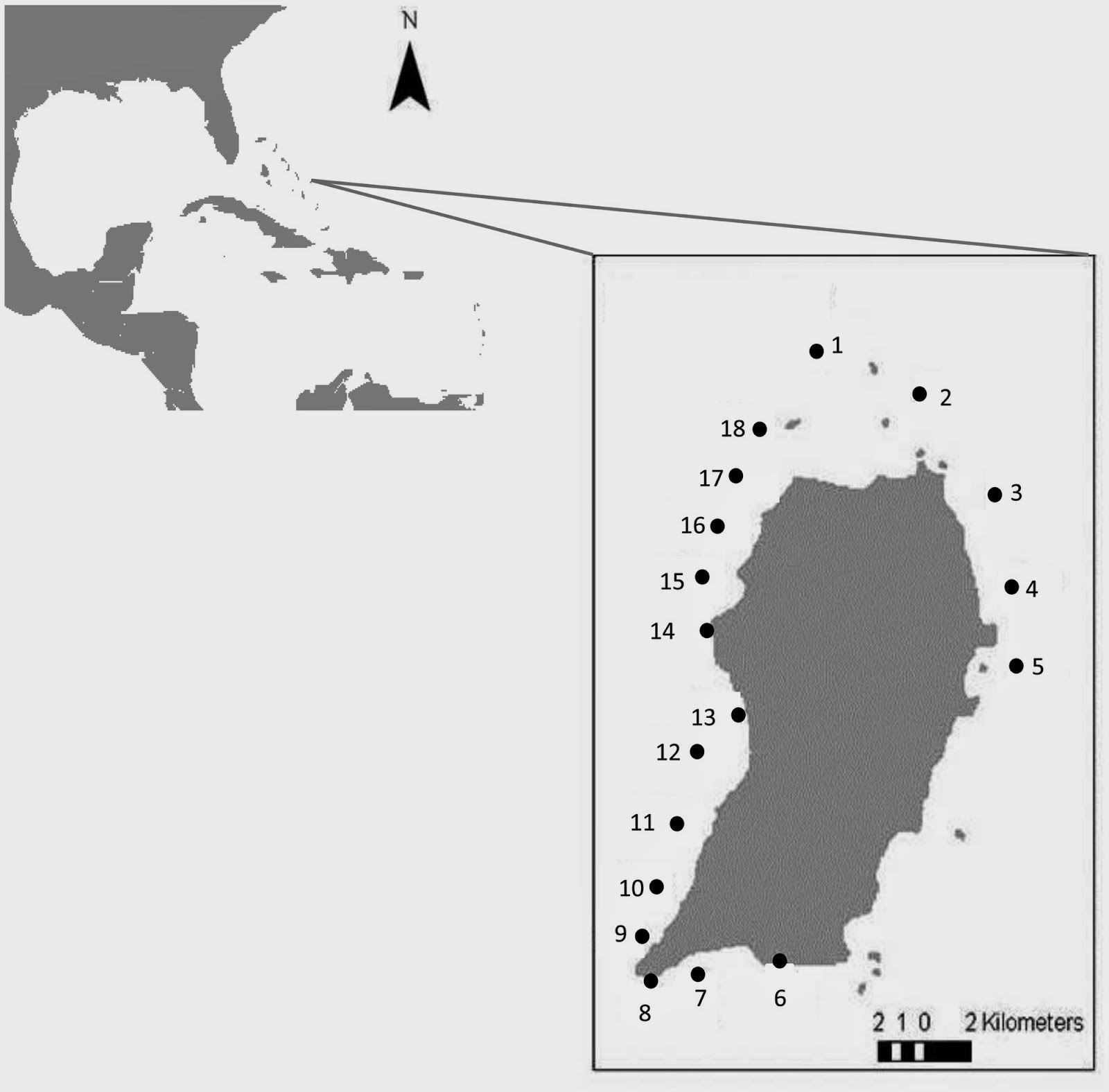 Anton et al. could find no correlation between the availability of prey, reef complexity or presence of Groupers and the population density of Lionfish; the Lionfish were apparently flexible enough to cope with any variation in reef habitat and prey availability found around the island, and seemed to be immune from predation by Groupers. Where other large predatory fish were present in higher numbers the population density of Lionfish rose, probably indicating an increased availability of prey; otherwise they seemed unperturbed by competition from other predators.

The one factor that did seem to inhibit the Lionfish was wave exposure, with the population density much lower in areas with higher exposure to waves. Anton et al. suspect that the presence of waves (experienced below the surface as energetic rotating vertical currents) disrupts the hunting strategy of Lionfish in these areas, making it impossible for them to hover over then strike at potential prey items. However they also note that these areas tend to have higher levels of seaweed density, and that this might also provide better cover for smaller fish attempting to avoid being eaten.

Anton et al. suggest that higher energy environments might serve as refuges for some reef fish species while efforts are made to control Lionfish invasions in the Caribbean (though not all reef fish can utilize such habitats; many tropical reef species have very tight environmental requirements). In the absence of any effective biological control of Lionfish in the Caribbean, control efforts have largely involved the removal of Lionfish by divers armed with spearguns, with organizations such as the Reef Environmental Education Foundation (REEF) holding Lionfish hunting derbies. However a recent study on Little Cayman Island found that two native Caribbean fish, the Nassau Grouper Epinephelus striatus, and Nurse Shark Ginglymosto macirratum, had learned to predate Lionfish, suggesting that Caribbean ecosystems may be able to adapt to the presence of this novel species given time.