Mammal remains from the Early Eocene of northern British Columbia.

This makes Early Eocene Mammalian faunas of particular interest to palaeontologists, although examples of such faunas are somewhat rare, leading to a patchy understanding of Early Eocene Mammalian biogeography. In North America Mammal remains are known from Ellesmere Island in the Canadian High Arctic and the Western Interior of the United States, particularly Colorado and Wyoming, but are unknown from the rest of the continent.

In a paper published in the Journal ofVertebrate Palaeontology on 8 July 2014, Jaelyn Eberle of the University of Colorado Museum of Natural History and Department of Geological Sciences at the University of Colorado at Boulder, Natalia Rybczynski of Palaeobiology at the Canadian Museum of Nature and David Greenwood of the Department of Biology at Brandon University describe two Mammal specimens from the Driftwood Creek Beds (part of the Oota Lake Group) in Driftwood Canyon Provincial Park, east of Smithers in northern British Columbia.

The Driftwood Canyon Provincial Park was established in 1967 in order to protect the fossils there, after the landowner donated the site to the Province of British Columbia. The site has yielded extensive plant remains, predominantly Conifers (Redwoods, Cedars, Firs, Larches, Spruces, Pines and Golden Larches) with some broadleaved deciduous Angiosperms (Alders, Birches, Sassafrasses, Elms and members of the Oak Family) and other plants (Ginko and the Fern Azolla, which forms floating mats on still or slow moving waterways). The site has also yielded numerous Fish and Insect fossils, as well as some Bird remains, which have yet to be formally described. The site also has interbedded volcanic ashes, which allow for accurate isotopic dating, which currently dates the site at 51.77 million years old, within the Early Eocene Climatic Optimum. The site has been interpreted as a the bed of a small lake in an area surrounded by dense, conifer-dominated, woodland, with annual temperatures averaging 10-15˚C and seldom falling bellow freezing. 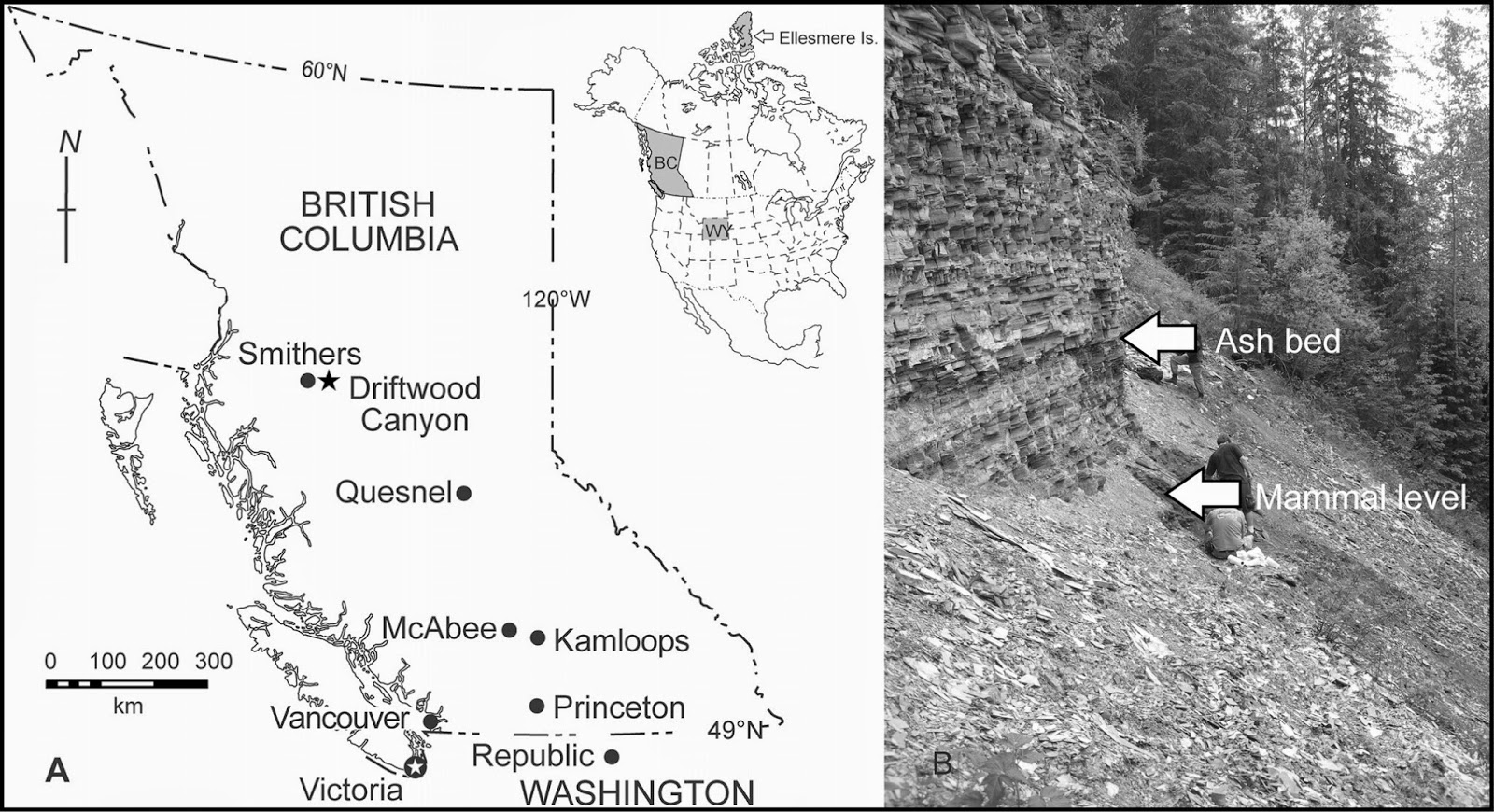 Driftwood Canyon fossil site. (A) map showing location of Driftwood Canyon Provincial Park and other key Eocene; (B) image of the north cliffface showing lake beds, and positions of radiometrically dated volcanic ash and the level at which the Erinaceid fossil was collected. Eberle et al. (2014).

The first specimen described is a right maxilla (upper jawbone) with some teeth, thought to have come from an Erinaceomorph Lipotyphlan (Hedgehog). It is named as Silvacola acares, where ‘Silvacola’ means ‘forest-dweller’ and ‘acares’ means ‘tiny’ as the specimen is very small for a Hedgehog. Hedgehogs have previously been described from the Late Palaeocene of Central Alberta and Southern Saskatchewan and the Eocene of Wyoming. 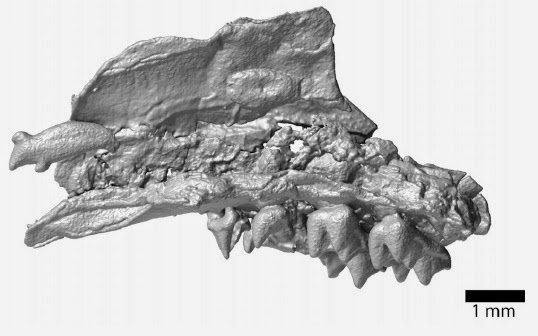 The second specimen described is a partial right dentary (lower jawbone), again with some teeth intact, of a Tapir. This is referred to the Early to Middle Eocene genus Heptodon, though not confidently assigned due to the fragmentary nature of the material. Tapirs are thought to be good proxies for forested environments (modern Tapirs are strict forest dwellers and there are no known fossil Tapirs from deposits where forests can be ruled out), supporting the current palaeoenvironmental interpretation of the Driftwood Creek  deposits. 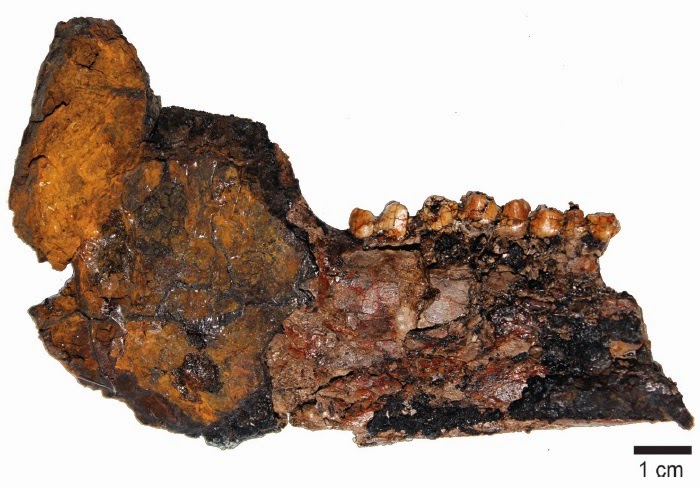