Crabs are Decapod Crustaceans related to Shrimps, Crayfish and Lobsters. Most Crabs occupy marine environments; however Freshwater and Land Crabs are widespread in the tropics, particularly in Southeast Asia, where they are particularly diverse and where several new species are discovered every year.

In a paper published in the Raffles Bulletin of Zoology on 11 July 2014, Rueangrit Promdam of the Department of Biology at Prince of SongklaUniversity, Jaruwat Nabhitabhata of the Excellence Centre for Biodiversity ofPeninsular Thailand at Prince of Songkla University and Peter Ng of the Lee KongChian Natural History Museum at the National University of Singapore describe a new species of Freshwater Crab from Nakhon Si Thammarat Province in Peninsular Thailand.

The new Crab is named Nakhonsimon ramromensis, where ‘Nakhonsimon’ is a combination of the name of the province where it was discovered and ‘-mon’, a common suffix for Freshwater Crab genera, and ‘ramromensis’ means ‘coming from Ram Rome’ a reference to the location where it was discovered. Nakhonsimon ramromensis is a squarish Crab reaching slightly over 30 mm in width. Its dorsal (upper) surface is dirty brown or dark grey, the legs and belly a lighter brown or orange, the claws reddish in colour. 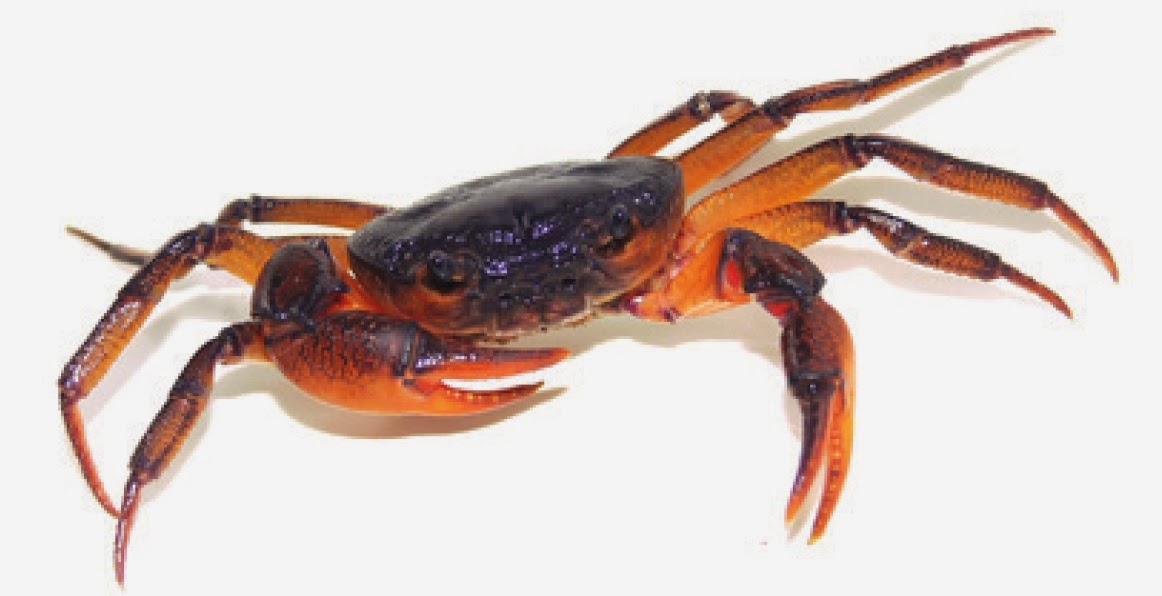 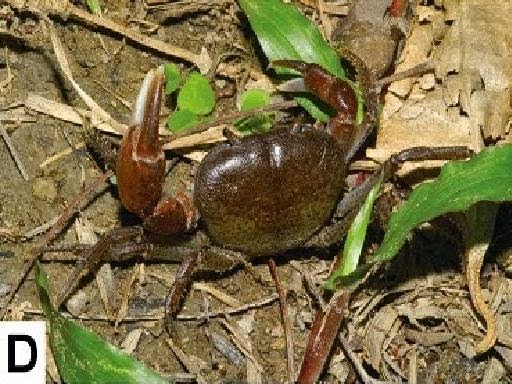 A new species of montane Freshwater Crab from Taiwan.
Freshwater Crabs of the genus Geothelphusa, are known from Taiwan, the Ryukyu Islands and the main islands of Japan. To date 55 species have been described, 38 of which are found in Taiwan and its adjacent islands, fifteen are found in the Ryukyus and three species in Japan... 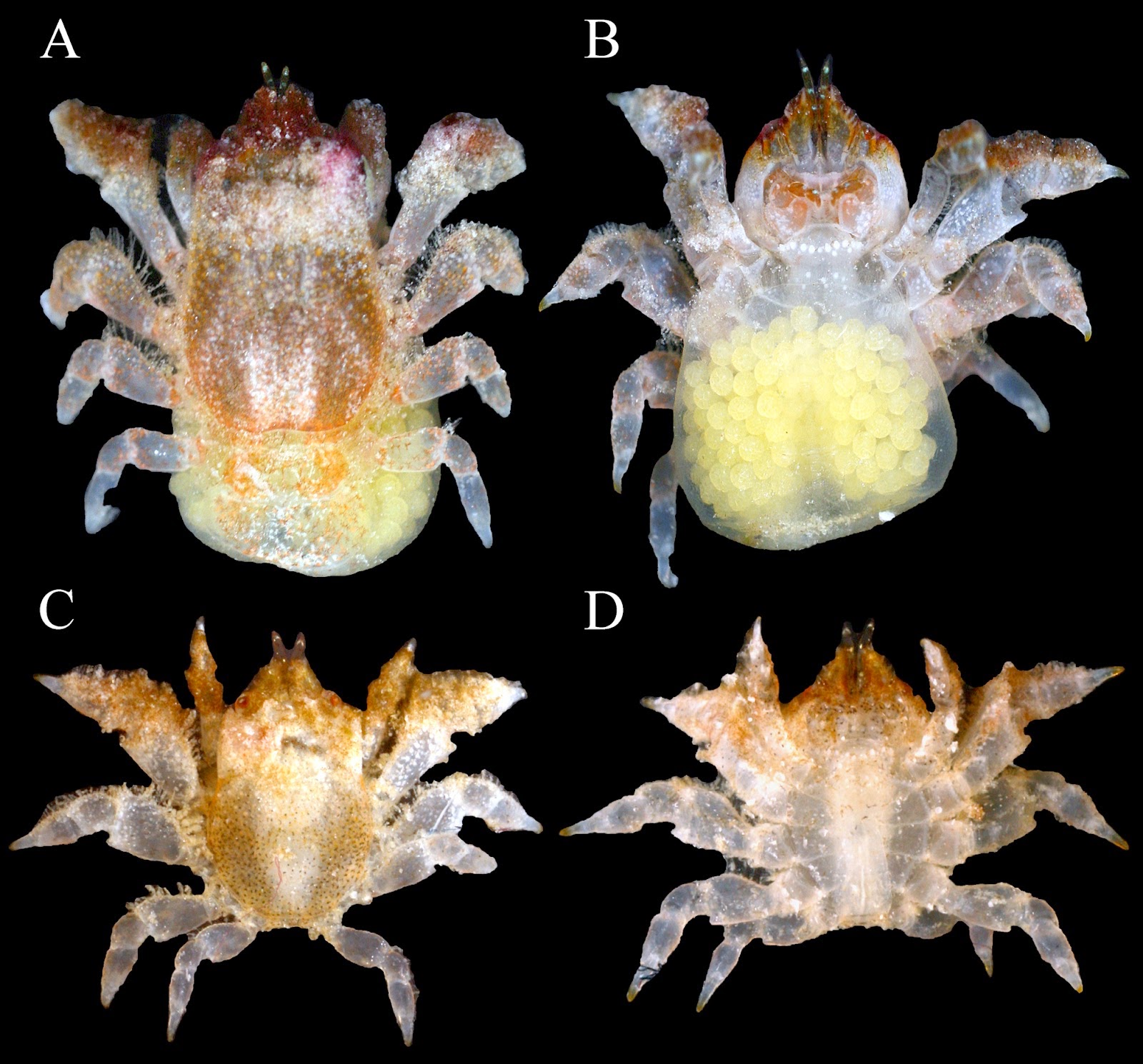 A new species of Gall Crab from Indonesia and Malaysian Borneo.
Gall Crabs, Cryptochiridae, are colony-forming Crabs inhabiting Coral reefs. They dwell in tunnels within the Coral surface, often at very high population densities, the females causing the Corals to form galls (tumour-like growths) which they use for protection. 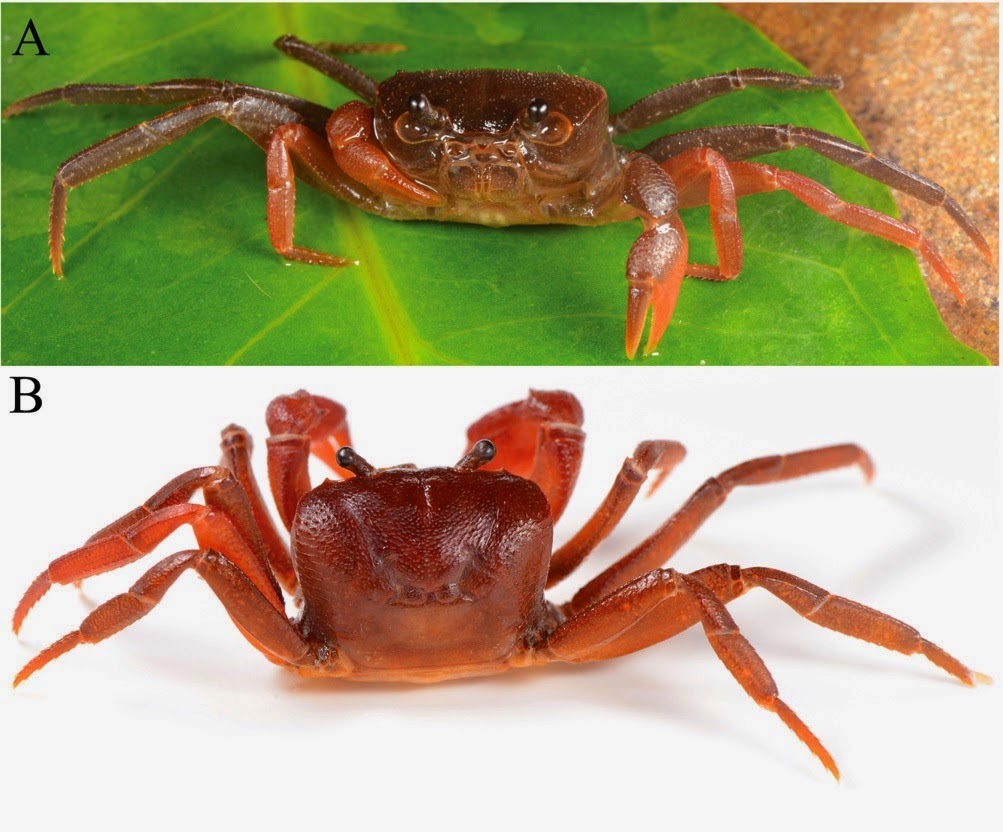 A new species of freshwater Crab from eastern Sarawak.                                           Freshwater Crabs of the genus Thelphusula have been found across northern Borneo, although they are likely to be more widely distributed on the island, with the known distribution representing better sampling in Sarawak and Sabah (only a single species has been recorded from Kalimantan). The Crabs are nocturnal and favour swampy and well
Follow Sciency Thoughts on Facebook.