A new species of Bush Currant from Columbia.

Bush Currants, Miconieae, are berry producing tropical trees and shrubs in the Melanastome Family, Melastomataceae. They are found throughout the tropics but at their most diverse in Colombia, where over 490 species have been described.

In a paper published in the journal Phytotaxa on 29 August 2014, Diana Gamba, Frank Almeda and Marcela Alvear of the Institute for BiodiversityScience and Sustainability at the Department of Botany at the CaliforniaAcademy of Sciences describe a new species of Bush Currant from the western cordillera in the Chocó biogeographic region of Colombia.

The new species is placed in the genus Miconia and given the specific name indicoviolacea, in reference to the violet and blue colour of its flowers. Miconia indicoviolacea is a small shrub reaching about one meter in height. It has dark green leaves and greenish stems, and produces bluish flowers and berries. The plant was only observed in January and February, when it was producing both flowers and fruit. 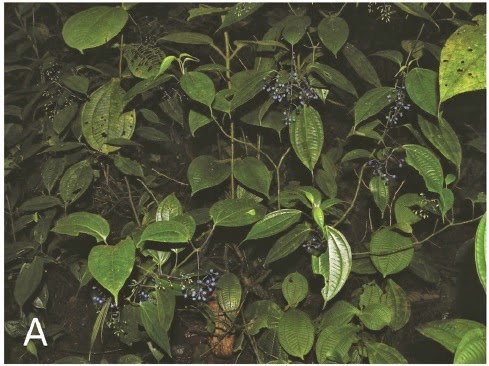 Miconia indicoviolacea has only been recorded from two sites on the western flank of the Cordillera Occidental, one in the Farallones de Cali National Park and the other within the Reserva Natural de las Aves El Pangán. These parks have a combined area of 2670.7 km3, however they are in a mountainous region and contain land with altitudes ranging from 200 to 4100 m, and Miconia indicoviolacea has been found growing only at altitudes of 600-700 m (this is quite common, many plants and animals have restricted altitude tolerances, particularly in the tropics), suggesting that the available growing range of the plant is much smaller than the area of the parks – probably only about 12 km3. As such Gamba et al. suggest that the species should be considered to be Endangered under the terms of the International Union for the Conservation of Nature’s Red List of Threatened Species. 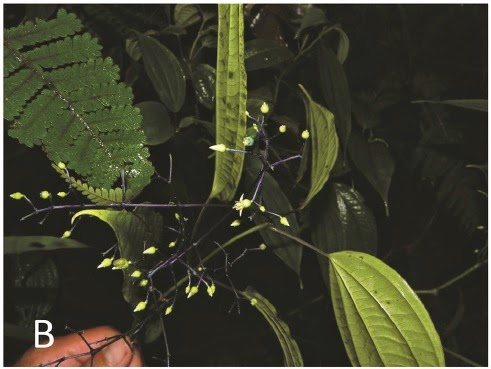 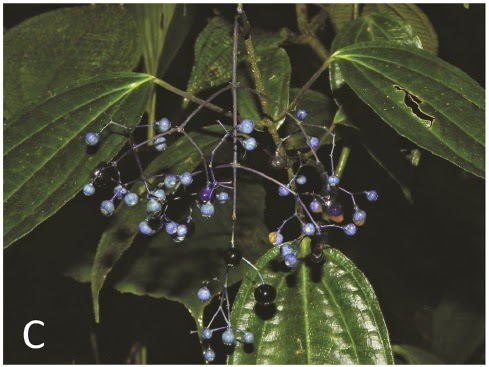 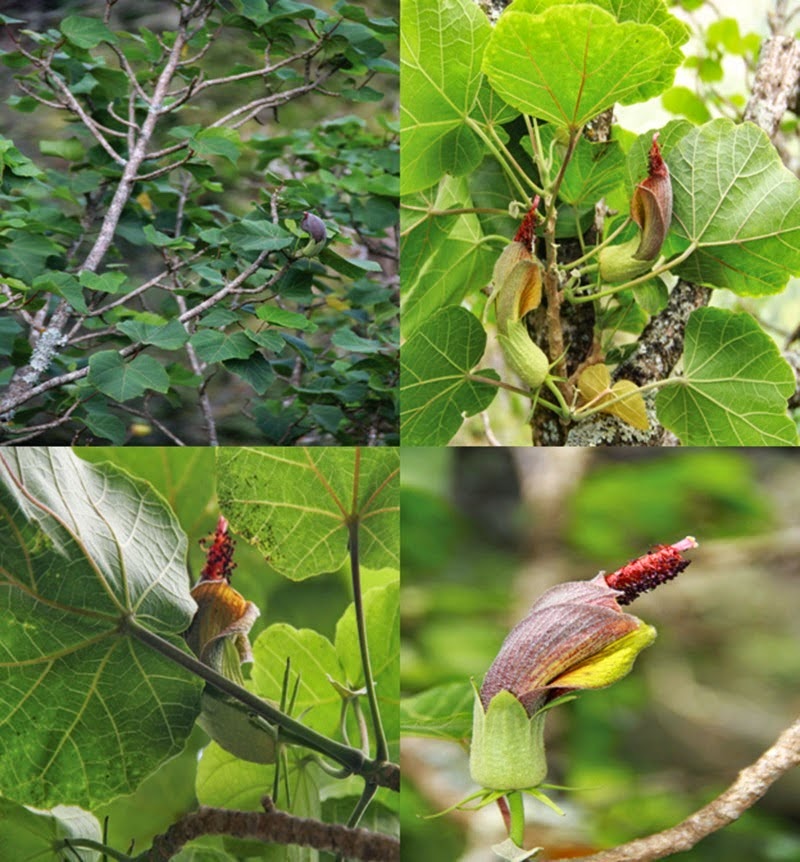 A new species of Hibiscus from Maui Island, Hawaii.
Hibiscus trees of the genus Hibiscadelphus are known only from the Hawaiian Islands, to which they are endemic. Like many Hawaiian plants and animals they have fared badly due to human activities, notably the introduction of non-native species that either out compete indigenous species or modify their environment irreversibly. Of seven previously described species of... 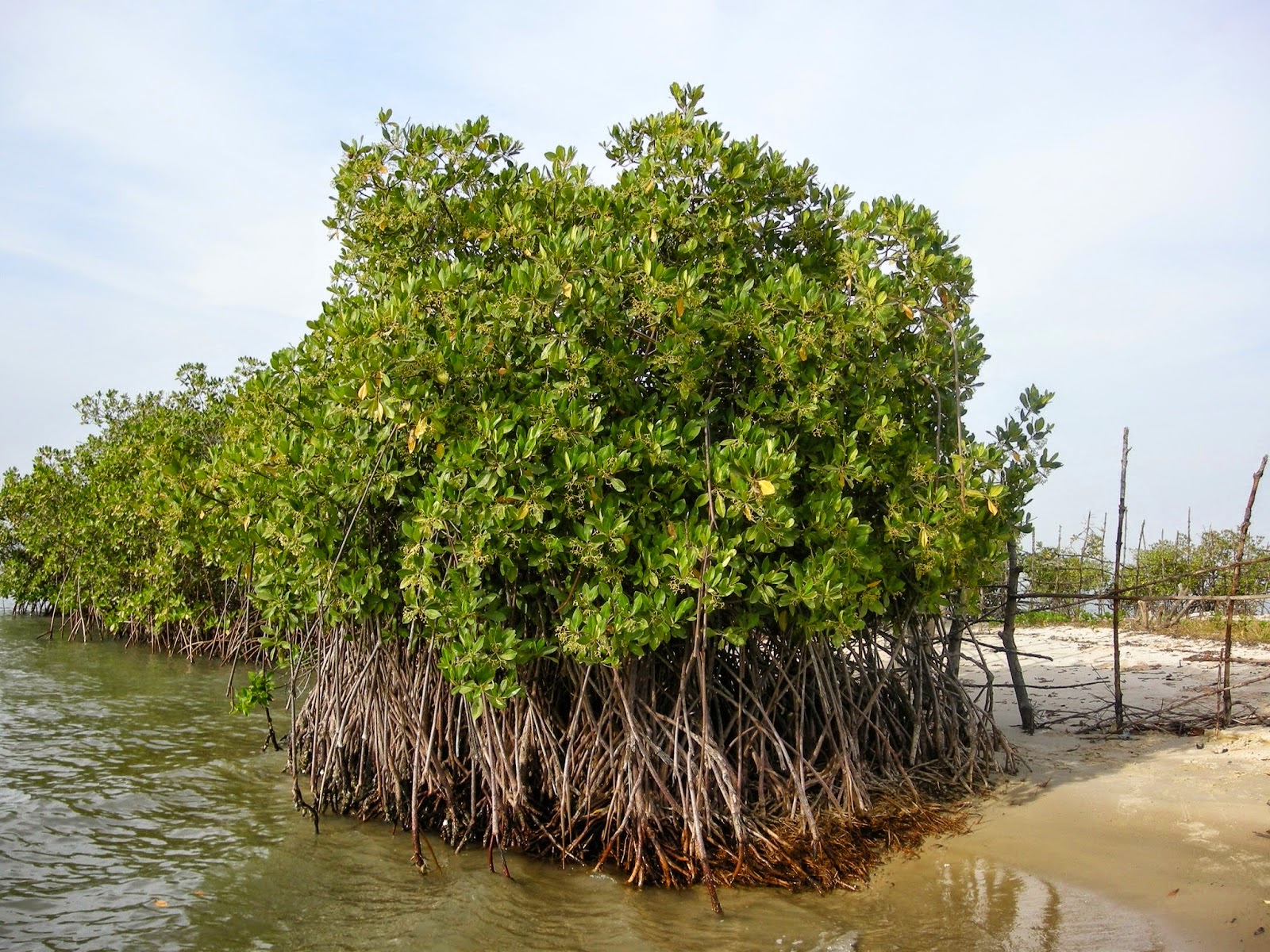 The origin and diversification of Mangroves.  Mangrove ecosystems, in which forests of salt tolerant trees grow between or even bellow the tide lines in tropical and subtropical waters, have been around since the Carboniferous, but modern Mangrove Forests are dominated by Angiosperms (Flowering Plants), particularly members of the Family Rhizophoraceae...