Ants in the diet of a Cambodian Pitcher Plant.

Pitcher Plants, or Monkey-cups, are carnivorous plants that trap Insects inside a deep, fluid-filled trap, where their bodies are then digested, providing valuable nutrients for the plants, which are thereby able to survive on very nutrient-poor soils. They are not a true taxonomic group, with different groups of Pitcher Plants apparently having evolved separately from Flypaper Trap Plants, which trap and digest Insects using sticky secretions from their leaves (Flypaper Trap Plants are also polyphyletic; they have evolved separately a number of times).

Pitcher Plants of the genus Nepenthes are found across southern Asia, Indonesia, New Caledonia and Australia, as well as in the Seychelles and Madagascar. They are not thought to be closely related to any other group of Pitcher Plants.

Previous studies of Plants in the genus Nepenthes have found that Ants form a major part of their diet, but have not looked closely into which Ants are being consumed, either because the remains are often two badly digested for taxonomic identification, or because the scientists involved lacked sufficient expertise in Ant taxonomy. 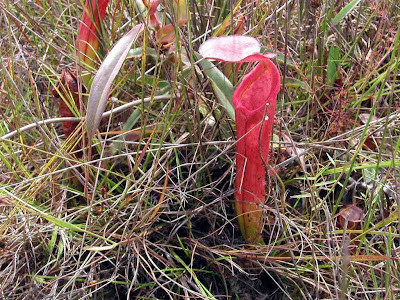 Hosoishi et al. split a section of forest margin in the Phom Bokor National Park, at an altitude of 900 m,  into 3 transects, 0-5 m, 5-10m and 10-15 m from a forest edge. Each transect contained 10 Pitcher Plants, for a total of 30 individuals. Ants were collected from the traps of these pitcher plants in December 2012.

Ten species of Ant were collected, belonging to nine genera; eight from the transect nearest to the forest edge, ten from the middle transect and six from the outer transect. Species diversity did not significantly vary between the transects.

The most abundant species of Ant, making up 40% of the individuals collected was identified as Polyrhachis (Myrma) sp. These are large Ants, and may contribute significantly to the nutritional requirements of the Pitcher Plants. 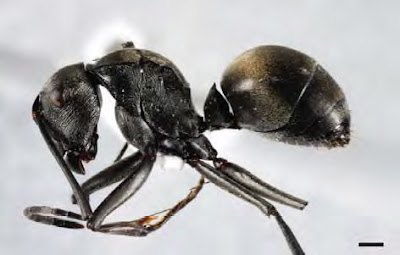 The next most abundant species was Dolichoderus thoracicus, a widespread southeast Asian species often used as a biological pest-control agent (i.e. often introduced to new areas by humans), due its ability to keep down the numbers of some Insects considered agricultural pests. Dolichoderus thoracicus is highly adaptable, and can nest both on the ground and in the branches of trees. 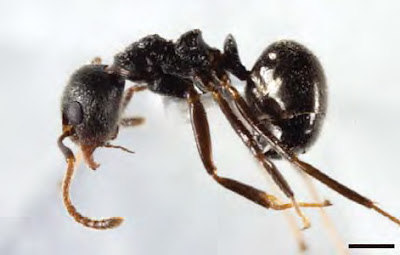 The third most abundant species was identified as Camponotus (Tanaemyrmex) sp., another large species, likely to make a significant contribution to the Pitcher Plant's diet. 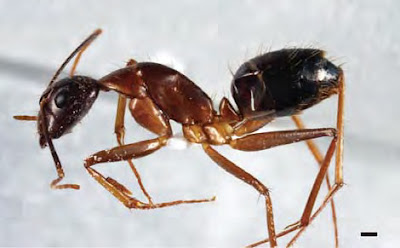 Significant numbers of Ants belonging to the Cardiocondyla wroughtonii complex (complex implies scientists are uncertain of these Ants are all the same species, though they are clearly closely related). These are invasive introduced Ants from tropical Africa, and while they are not as harmful as some introduced Ant species, do appear to be spreading rapidly in southeast Asia. Hosoishi et al. suggest that if this Ant is equally vulnerable to other species of Pitcher Plant, then sampling these plants could be a good way to monitor their spread. 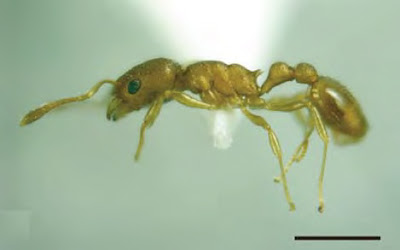 An Ant from the Cardiocondyla wroughtonii complex. The scale bar is 0.5 mm. Hosoishi et al. (2012).