At least 10 South African miners injured by rubber bullets in confrontation at Rustenburg mine.

At least 10 miners have been hospitalized after security guards fired rubber bullets in a confrontation at Rustenburg Chrome Mine, 120 km northwest of Johannesburg, which is operated by German company Lanxess. About 500 workers had gathered at the mine where workers are striking in demand of higher wages. The mining company claim only two people were injured after shots were fired into the ground by guards acting in self defense, after stones were thrown at managers injuring two of the guards, but this contradicts reports by local police and hospitals. 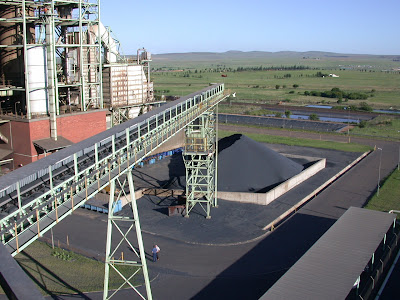 The Rustenburg Chrome Mine. Lanxess.

The Lanxess mine is one of a number of mines in the area that have been hit by wildcat strikes, fueled by rivalry between two unions operating in the area. The National Union of Mineworkers (NUM) has close links to the ruling African National Congress (ANC) and does not support the strikes, while the newer Association of Mineworkers and Construction Union (Amcu) is fighting for higher wages for its workers, something the ANC and some mine-owners claim may cause companies to pull out of South Africa (although, given current high demands for metals globally it seems likely that mines could be swiftly leased to knew companies in the event of this happening).

The ongoing dispute has led to a number of confrontations between miners and authorities, most notably in August 2012 when 34 Amcu members were killed when police opened fire at the Lonmin operated Marikana Platinum Mine, also in Rustenburg. Tensions have been high this month after Mawethu Stevens, an Amcu negotiator who persuaded Lonmin to recognize Amcum was gunned down in a bar by unknown assailants. South African President Jacob Zuma has promissed an enquiry into the Marikana massacre.