At least 20 miners killed in North Kivu mine collapse.

At least 20 miners are reported to have been killed in a collapse at a mine in North Kivu Province, Democratic Republic of Congo, on Thursday 16 May 2013. The miners were apparently 30 m bellow the ground when the mine collapsed following heavy rain. A rescue attempt is being organized by the state government who are waiting on the arrival of heavy digging equipment. The site has been described as a 'bush mine'; implying that it is an unregulated mine with no legal status. There are many such mines in the eastern Democratic Republic of Congo, often controlled by militia groups and using forced labour. The industry is largely fueled by the demand for coltan, an ore from which niobium and tantalum are produced; metals which are used in the manufacture of mobile phones and computer equipment. Gold and tin are also mined in the area. 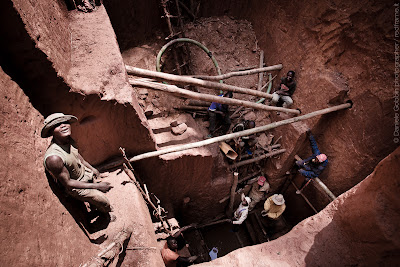 A pit mine in Kivu Province. Daniele Gobbin/Red Frame.


The Democratic Republic of Congo is the world's second largest producer of niobium and tantalum ores (after Brazil), but benefits little from the industry. The country has suffered years of political instability and has extremely poor infrastructure, is heavily indebted and has a chronic corruption problem, which means that little of the wealth generated from the industry makes it into government coffers, and that which does is unlikely to be spent on development or other projects likely to benefit the population. These problems are made worse by a series of conflicts in the area, which plays host to rebel groups opposed to the Congolese government and militiamen that fled the 1994 conflict in Rwanda and have never returned. In addition the area has suffered incursions from several neighboring countries, mostly with an official purpose of defending borders against Congo's instability, but with a strong interest in the coltan industry. Militia groups linked to neighboring states also operate in the area, and again are said to be involved in illegal coltan mining. 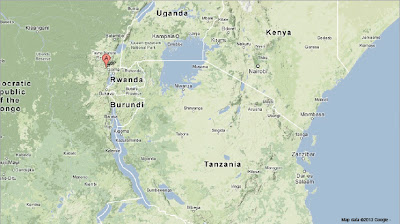 The approximate site of the 13 May 2013 mine collapse. Google Maps. 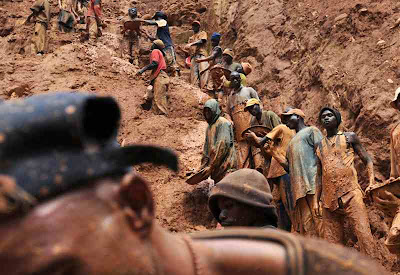 Miners in an open pit in the eastern Democratic Republic of Congo. Getty Images.