Two new species of calcareous Sponge from the Weddell Sea.

In a paper published in the journal Zootaxa on 25 July 2013, Hans Rapp of the Centre for Geobiology and Department of Biology at the University of Bergen, Christian Göcke of the Forschungsinstitut und Naturmuseum Senckenberg, Ole Tendal of the Zoological Museum of the University of Copenhagen and Dorte Janussen, also of the Forschungsinstitut und Naturmuseum Senckenberg, describe two new species of calcareous Sponge (Calcarea, sponges that have skeletons composed of calcium carbonate), from the Eckström Shelf of the Eastern Weddell Sea, Antarctica.

The first new species is placed in the genus Clathrina and given the specific name brandtae in honour of Angelika Brandt of the University of Hamburg, organizer of two expeditions to the Antarctic. Clathrina brandtae is a yellowish Sponge with a body made up of a loose arrangement of tubes, roughly 1 cm long and 1.5 cm wide. It has a skeleton made up of simple three pointed elements. The Spomge was found at depths of between 118 and 595 m. 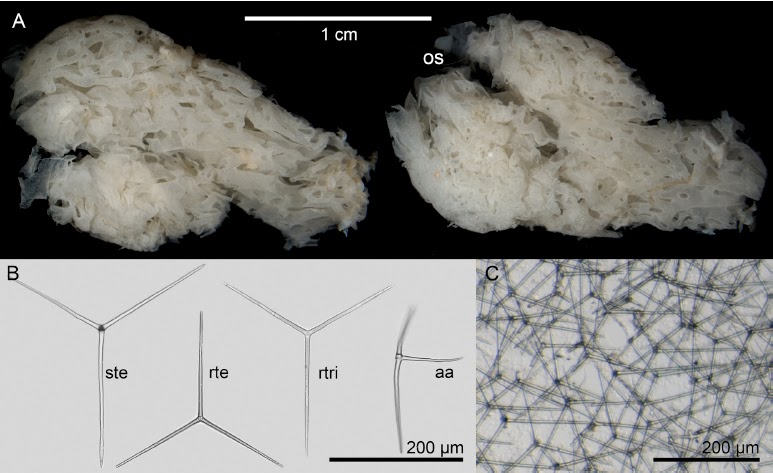 
The second new species is placed in the genus Leucetta and given the specific name delicata, meaning delicate. Leucetta delicata is a beige sponge with an ovular to cylindrical shape, reaching 2.2 by 1.2 cm. It was found at a single site at a depth of 595 m. 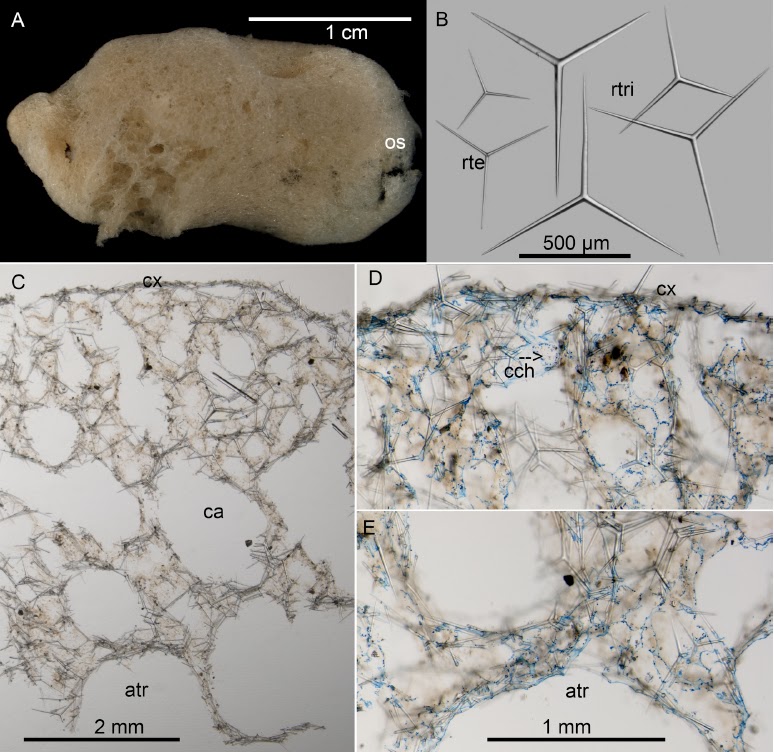