Cyanobacteria are filament-forming photosynthetic Bacteria found across the globe and with a fossil record dating back over 3.5 billion years. They are thought to have been the first organisms on Earth to obtain carbon through photosynthesis, and it is also thought that the chloroplasts (photosynthetic organelles) of eukaryotic plants and algae are descended from Cyanobacteria that lived symbiotically within the cells of ancient eukaryotes. Cyanobacteria are often known as Blue-Green Algae, but this is somewhat misleading, as the term Algae is otherwise restricted to photosynthetic eukaryotes (no other group of photosynthetic Bacteria are referred to as Algae), and because not all Cyanobacteria are blue-green in colour; many are dark green or even black. Petalonema alatum is a distinctive Cyanobacterium in which the blue-green trichome (filament) is surrounded by a very broad, lamellated mucous sheath. This species is found across Eurasia and North America, and has also been recorded in Jamaica, Panama, Brazil, the Philippines and New Caledonia, but has never been recorded in Australia or Africa.

In a paper published in the journal Check List on 5 October 2018, Louis Maree, Sanet Janse van Vuuren, Anatoliy Levanets, and Jonathan Taylor of the Research Unit for Environmental Sciences and Management at North-West University report the first known instance of Petalonema alatum in Africa, from two sites near the town of Clarens, in the Free State Province of South Africa.

Petalonema alatum was found at two locations, a sandstone overhang in the Golden Gate Highlands National Park, and at the Bushman Cave overhang, near to but not within the same park. In both cases the Cyanobacterium was forming distinctive greenish-brown biofilm mats on quartz sandstone cave walls with some limestone content. 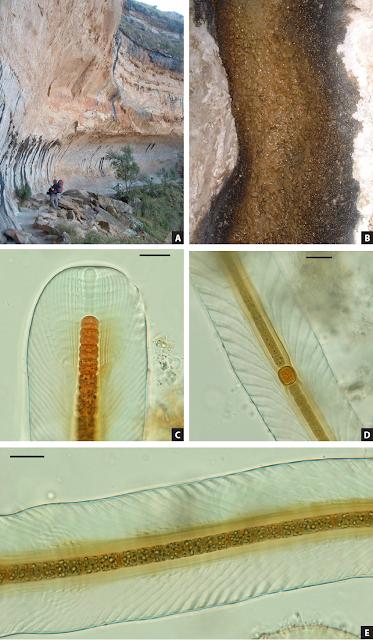 (A) Sampling site in the Golden Gate Highlands National Park near Clarens. (B) Close-up photograph of biofilm against cave wall from which samples were taken. (C) Apical end of Petalonema alatum filament. (D) Light brown heterocyte situated in an intercalary position in the trichome. (E) Storage products inside the cells (dark granules). Scale bars are 20 μm. Maree et al. (2018).

The samples were taken to a laboratory at the Potchefstroom Campus of the North-West University for examination under a light microscope. They were found to be made up of a mat of trichomes 60-70 μm wide without branching. The cells that made up these trichomes were barrel-shaped and about 15 μm wide and 8.5 μm long, with apical (end) cells being globular in shape. The trichomes were surrounded by a wide sheath of mucilage made up of concentric funnel shapes tucked within each other; these were generally colourless, but some had a yellowish tint at their ends. 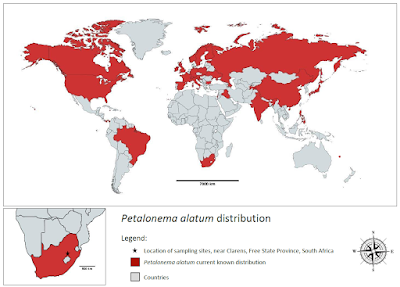 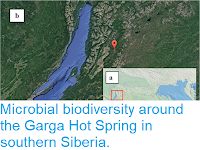 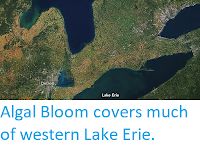 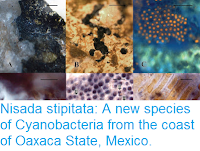 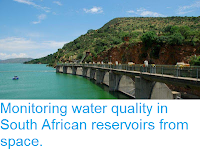 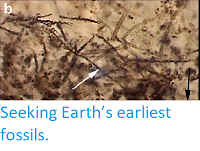 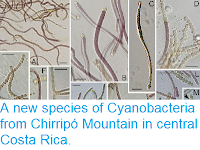