Fringe-winged Beetle, Clambidae, are tiny Beetles (generally less than 2 mm in length) found on every continent except Antarctica. They get their common name from the fringe of long hairs surrounding their wings (they are also sometimes known as Minute Beetles). Fringe-winged Beetles have small heads and tend to be somewhat flattened, with some species able to roll into a ball in the same way as Pill Bugs. They are otherwise quite variable, with some species being hairy, others hairless or even scaly. The group are presumed to be ancient, as they are thought to have branched off from the Polyphagans (one of the four major divisions into which the Beetles as a whole are divided) early in that groups history, but their fossil record is sparse, with a since specimen known from Early Cretaceous Lebanese Amber, and several more from the Eocene Baltic and Bitterfeld ambers of Europe.

The first new species is placed in the still extant and widely distributed tropical genus Acalyptomerus, and given the specific name thayerae, in honour of Margaret Thayer of the Field Museum of Natural History, for her work on Rove Beetles. The species is named from three specimens, one male and two of uncertain sex, ranging from 1.05-1.15 mm in length, oval in shape with protuberant compound eyes. The margins of the elytra (wing cases) is serrated and lined with stiff setae (hairs). 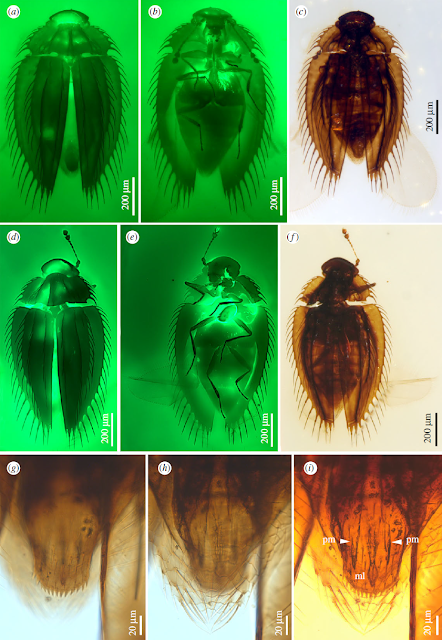 The second new species is placed in the genus Sphaerothorax, which is again still extant, but today is restricted to Australia and New Zealand, and given the specific name uenoi, in honour of Teruhisa Ueno of Fukuoka in Japan, who donated one of the two specimens from which this species is described to the Field Museum of Natural History. The two known specimens of the species comprise one male and one of uncertain sex, both are about 0.71 mm in length, and covered in short hairs, which are denser along the margins of the elytra. 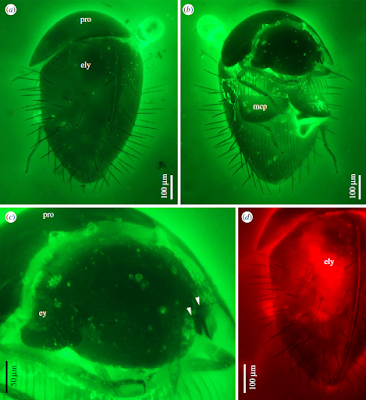 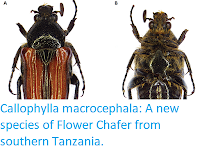 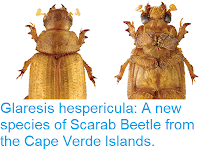 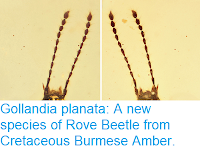 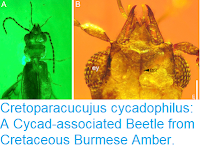 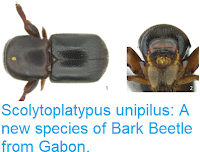