The United States Geological Survey recorded a Magnitude 5.9 Earthquake at a depth of 14 km about 33 km to the north of the town of Aalo in West Siang District, Arunachal Pradesh, India, at about 1.45 am local time on Wednesday 24 April 2019 (about 8.15 pm on Tuesday 23 April GMT); the same Earthquake was measured by the China Seismological Network as a Magnitude 6.3 event at a depth of 10 km in Medong County, Tibet, which occured at a 4.15 am local time (this difference is caused by China and India both having a single standard time zone, with the effect that the focal points detected by the two agencies, while only a few km apart, are in time zones with a difference of three hours). The event was felt across northeastern India, as well as in China, Myanmar, Bangladesh, Bhutan, and Nepal, though there are no reports of any damage or casualties. 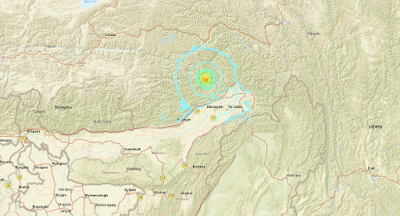 The approximate location of the 6 December 2017 Tibet Earthquake. USGS.

Earthquake activity in the area is caused by the uplift of the Tibetan Plateau, due to the impact of India into Eurasia to the south. he Indian Plate is moving northwards at a rate of 5 cm per year, causing it to impact into Eurasia, which is also moving northward, but only at a rate of 2 cm per year. The collision of the Indian and Eurasian plates has lead to the formation of the Himalayan Mountains, the Tibetan Plateau, and the mountains of southwest China, Central Asia and the Hindu Kush. 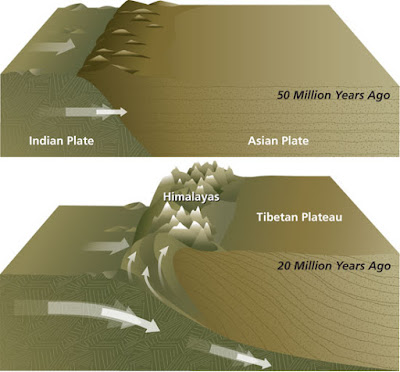 Block diagram showing how the impact of the Indian Plate into Eurasia is causing uplift on the Tibetan Plateau. Jayne Doucette/Woods Hole Oceanographic Institution.

Much of northern India and neighbouring areas of Central Asia and the Himalayas, are prone to Earthquakes caused by the impact of the Indian Plate into Eurasia from the south. When two tectonic plates collide in this way and one or both are oceanic then one will be subducted beneath the other (if one of the plates is continental then the other will be subducted), but if both plates are continental then subduction will not fully occur, but instead the plates will crumple, leading to folding and uplift (and quite a lot of Earthquakes). The collision of the Indian and Eurasian plates has lead to the formation of the Himalayan Mountains, the Tibetan Plateau, and the mountains of southwest China, Central Asia and the Hindu Kush.

The movement of India into Eurasia over the last 71 million years. USGS. 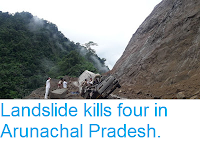 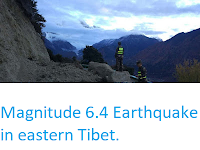 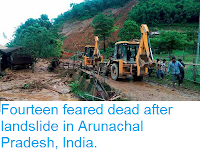 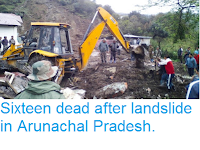 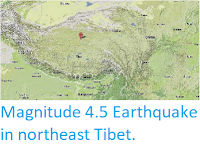