Wildfires cause at least one fatality in Lebanon.

One person died and about seventy more required hospital treatment as a series of forest fires swept across Lebanon on Monday 14-Tuesday 15 October 2019. The fires broke out in Pine forests in many parts of the country, fuelled by a combination of unusually high temperatures (in excess of 40°C in places) and strong winds, overwhelming local emergencies in many areas, and forcing people to flee their homes. Most of the fires were eventually brought under control on Wednesday 16 October, by a combination of rainfall and fire-fighting aircraft from Jordan, Cyprus, and Greece, arriving to support Lebanon's own two such planes. Fires are also known to have broken out in neighbouring parts of Syria, though it is unclear how they have been dealt with in the war-torn country. 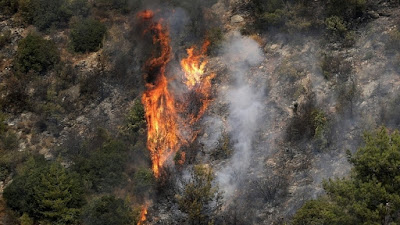 A fire burning near the village of Meshref in the Shouf Mountains to the south of Beirut. AFP.

Wildfires can be particularly dangerous in areas with extensive Pine forests, as many Pine species are fire adapted, having evolved in a number of ways that help them cope with frequent fires. Such trees have thick, fire resistant bark, which protects the vascular tissues of the trunk (cambium) from heat damage; a 15 mm thick bark layer can protect the interior of the tree against external temperatures as high as 400°C for as long as 3 minutes (generally long enough for any available fuel to be consumed at these temperatures). Pines also produce a large number of long, flammable needles, which drop to the ground around the trees, causing any fires to burn rapidly and intensely, i.e. in a way that the Pine can cope with, but any competitor Plants nearby might find challenging. In some Pine species these needles are retained on the branches, resulting in an intense fire in the canopy, something which again is likely to prove challenging to competitors. In such trees the Pine seeds are typically also retained in cones within the canopy, with the cones only opening and shedding the seeds after being exposed to fire, presenting the new seeds with soil enriched by the forest fire and cleared of competitors. 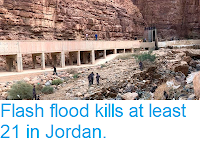 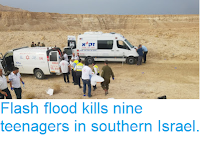 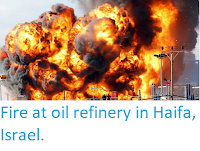