A new species of Green Lacewing discovered on Flikr®.


In May 2011 amateur naturalist and photographer Hock Ping Guek spotted an unfamiliar Green Lacewing close to the entrance of the Selangor State Park in Peninsular Malaysia, which he photographed. He then placed the images of on the photo-sharing website Flikr®, in the hope that somebody would be able to identify the Insect. The pictures were seen by Shaun Winterton of the California State Collection of Arthropods at the California Department of Food & Agriculture, who realized that this was a species new to science, and contacted Guek to see if he was able to obtain another specimen of the insect, which he was (this is pretty amazing, many tropical insects are known only from single specimens). 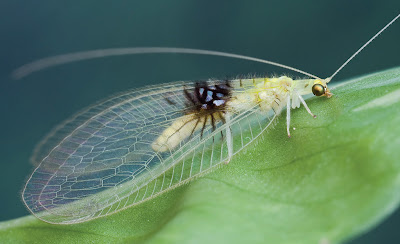 In a paper published in the journal ZooKeys on 7 August 2012, Winterton, Guek and Stephen Brooks of the Department of Entomology at The Natural History Museum in London, formally describe the new Lacewing as Semachrysa jade, Jade's Green Lacewing, in honour of Winterton's daughter, based upon the new specimen obtained by Guek, and another specimen found in the Entomology Collection of The Natural History Museum in London, which was collected in Sabah State, Malaysian Borneo in 1981 (finding new species in museum collections is not unusual, many specimens are collected incidentally, by scientists studying other organisms). 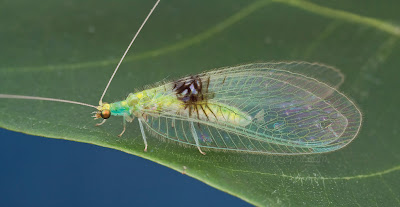 The second specimen, from which the species Semachrysa jade was described. Winterton et al. (2012).

Semachrysa jade is a 15 mm Green Lacewing with a distinctive black marking on both wings. It was found in dense forrest 0.8 km south southwest of entrance of Selangor State Park in Peninsula Malaysia; the terrain where the Sabah specimen was collected is not recorded. 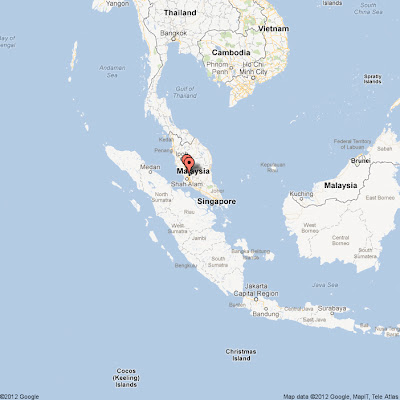 Map showing the location of the site where Guek collected his specimen. Google Maps. 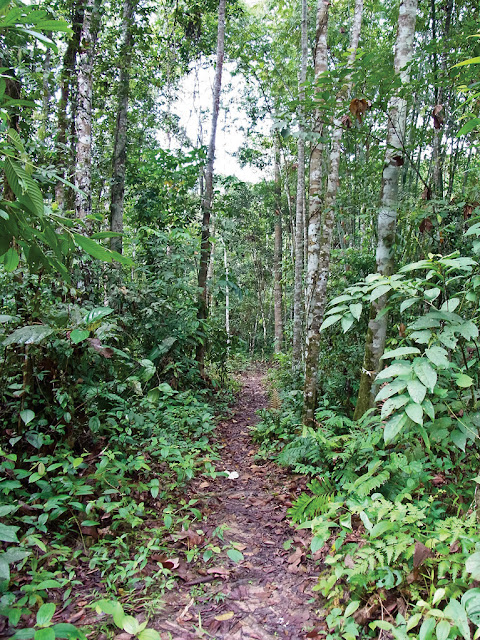 The location of the site where Guek collected his specimen. Winterton et al. (2012). 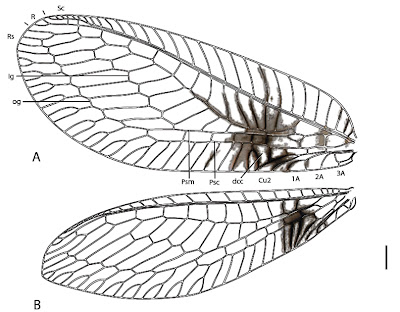 See also A new species of Antlion from China, Snakeflies in amber from the Early Cretaceous of northern Spain and New species of Owlfly from Morocco.