Two Earthquakes beneath the English Channel. 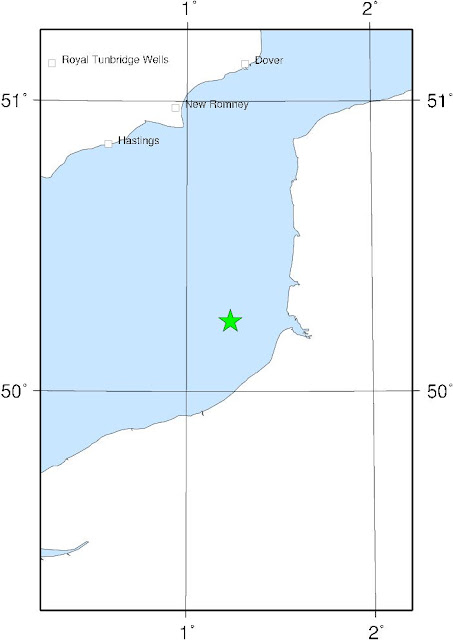 The location of the 28 August Earthquake. BGS.

This brings the total number of quakes recorded beneath the Channel this week to three; a quake was recorded off the Dorset Coast on Sunday 26 August. It is possible that these events are connected, though it will probably never be possible to tell, as too few quakes occur beneath the Channel for geologists to build up a very detailed understanding of the tectonic stresses there.

The Channel region is subject to tectonic stresses from a number of different sources, and most quakes are probably the result of a combination of more than one of these. Europe is being pushed to the east by the expansion of the Atlantic Ocean, and to the north by the impact of Africa from the south. The Channel is also affected by lesser spreading centers beneath the North Sea, the Rhine Valley and the Bay of Biscay. Finally much of northern and upland Europe was covered by thick glacial ice until about 10 000 years ago, pushing the rocks of the lithosphere down into the underlying mantle. This ice is now gone, and the rocks are slowly sprining back up again, causing the occasional Earthquake in the process.