Map of Iran showing recent quake activity. Each blue square represents a different quake, with bigger squares representing bigger quakes. The Yellow square to the northeast of Tehran is a magnitude 4.2 quake that occurred on the previous Monday. USGS.


The death known toll from these quakes has already passed 250 at the time of writing, and is likely to grow further. The USGS estimate there would have been a 47% chance of the death toll from the original earthquake passing the 1000 mark, without the additional problems caused by the subsequent quakes. Despite being a country prone to Earthquakes Iran is poorly prepared for such events, with few quake-proof buildings. To make matters worse many buildings in the north of the country are made of mud-bricks, which are prone to liquifying during Earthquakes, causing buildings to collapse, and asphyxiating their inhabitants. 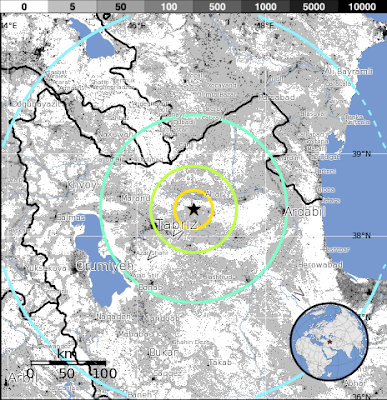 The Iranian Red Crescent has provided 3000 tents to people in the area who have lost their homes, and taken over a local sports stadium where they can provide accommodation for an additional 16 000 people. They have also shipped tonnes of food and medical supplies to the region. Additional support is being sent from Turkey. 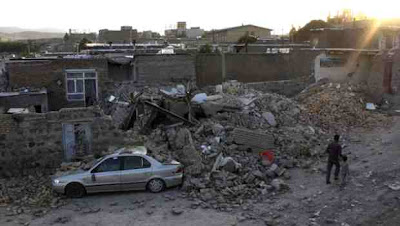 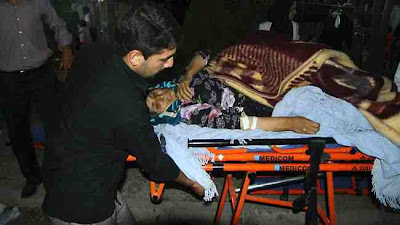 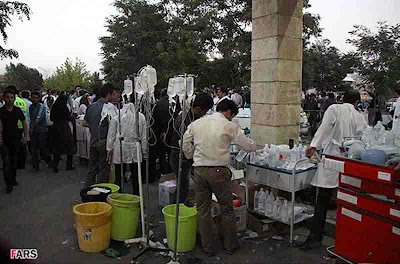 Supplies being brought to a hospital in Ahar. Reuters/Kamel Rouhi/Fars News Agency.

Iran lies partially on two different tectonic plates, with the south of the country on the Arabian Plate, and the north on the Eurasian Plate. This is a convergent margin, with the Arabian Plate being pushed northward by the movement of the African Plate to the south. To the west much of neighboring Turkey is situated on the Anatolian Microplate, which is being pushed westwards by the movement of the Arabian Plate. To the west Pakistan also lies on two tectonic plates, with the west of the country on the Eurasian Plate and the east of the country on the northward-moving Indian Plate, a collisional margin creating uplift in the Himalayas, the Hindu Kush Mountains of Afghanistan, the Tibetan Plateaux and the mountains of Central Asia. 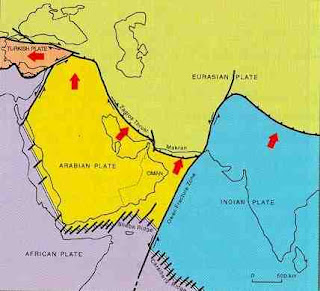 All of this exerts extreme tectonic pressure on Iran, making Earthquakes a common event. Typically the country will suffer several small quakes per week, with larger Earthquakes leading to fatalities most years. Since 2000 the country has suffered 10 quakes large enough to lead to loss of life, with the largest of these being the Bam Earthquake of 26 December 2003, which killed at least 30 000 people.