A juvenile Coelurosaur from the Middle Jurassic of Xinjiang Province, China.

The Coelurosaurs were a diverse group of Therapod Dinosaurs, including the Tyrannosaurs, Compsognathids, Ornithomimids and Maniraptors (the group that includes the modern Birds). They are thought to have appeared and diversified in the Mid-to-Late Jurassic, though fossils from this early are rare, and usually fragmentary, often comprising only isolated teeth.

In a paper published in the Journal of Systematic Palaeontology on 3 May 2013, a team of scientists led by Jonah Choiniere of the Division of Paleontology and Richard Gilder Graduate School at the American Museum of Natural History and the Department of Biological Sciences at George Washington University, describe juvenile Coelurosaur, at most a year old, from the latest Middle Jurassic (i.e. about 161.5 million years old) of northern Xinjiang Province, China.

The new specimen is named Aorun zhaoi, after Ao Run, the Dragon King of the West in the Chinese epic Journey to the West, which featured the pilgrimage of the Buddhist monk Xuanzang (sometimes known as Tripitaka) and his companions, and Zhao Xi-jin, a distinguished Chinese palaeontologist. Aorun zhaoi is described from a partial skeleton comprising most of a skull, several vertebrae, the left ulna (one of the bones in the forearm) and manus (hand),and part of the hip and legs. 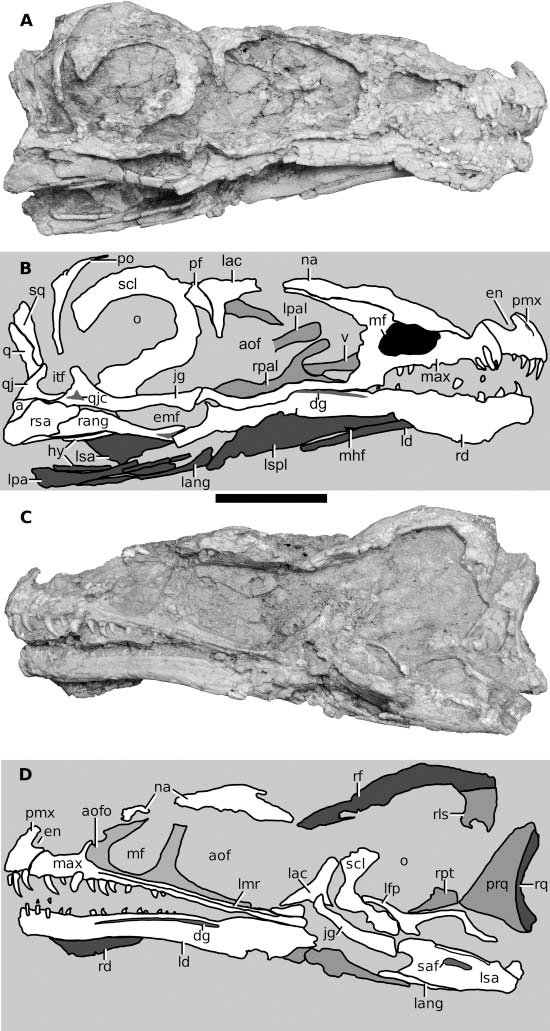 Describing species from juvenile specimens is problematic, and it is usually considered preferable to use mature specimens to avoid giving different names to different growth stages of the same animal. On this occasion Choiniere et al. have concluded that the available material is distinctive enough to exclude the possibility of it being the juvenile of a previously described species of Coelurosaur, of which there are a limited supply in this time period.

The attempt was also made to assign systematic position to Aorun zhaoi. A cladistic analysis suggests a position after the Tyrannosaurs but before the divergence of the other groups, but Choiniere et al. caution this may be a product of the young age of the specimen, and that features that would lead to it being placed within a more developed group might have developed later in its development. 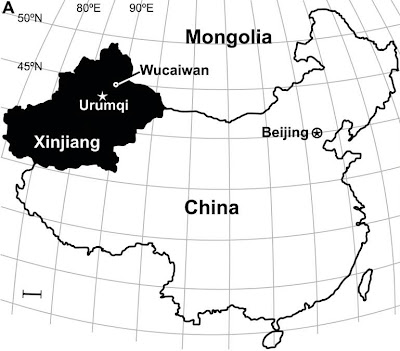