A new species of Chrysomeline Leaf Beetle from Ireland, England and Tasmania.

Chrysomeline Leaf Beetles are one of the most diverse and widespread groups of Beetles, with over 35 000 described species from across the globe. They feed on living plant matter, and many species, such as the Colorado Potato Beetle, are significant agricultural pests, either due to direct damage to crops or by acting as vectors for plant diseases.


In a paper published in the journal Zootaxa on 24 June 2013, Chris Reid of the Department of Entomology at the Australian Museum and David de Little of the Rosny Research Facility at the Tasmanian Museum and Art Gallery describe a new species of Chrysomeline Leaf Beetle found infesting Eucalyptus trees in County Kerry, Ireland and across Tasmania as well as in a garden in London.

The new species is placed in the genus Paropsisterna, and given the specific name selmani, in honour of the late Brian Selman of University of Newcastle-on-Tyne, an expert on Australian Chrysomeline Leaf Beetles. Paropsisterna selmani is a 7-9 mm oval Beetle with distinctive but variable colouration. The males tend to be darker and redder than the females, and all the beetles seem to be darker in spring, after emerging from hibernation. The Beetle feeds on the leaves of Eucalyptus and where these trees are grown in large monospecific plantations, appears capable of achieving epidemic proportions capable of causing considerable economic damage quite rapidly. The species appears to be a native of Tasmania which has become established in Ireland and England, and given the popularity of the fast-growing Eucalyptus as a plantation tree around the world, would seem to have to potential to become a significant pest globally. 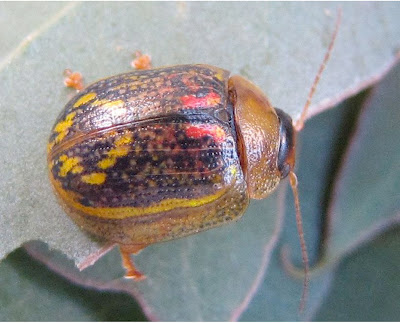 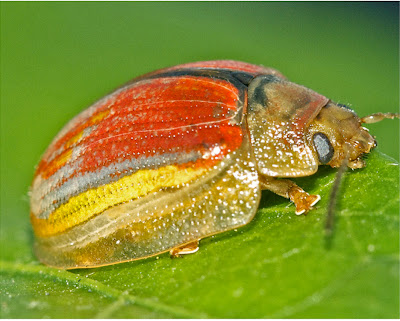 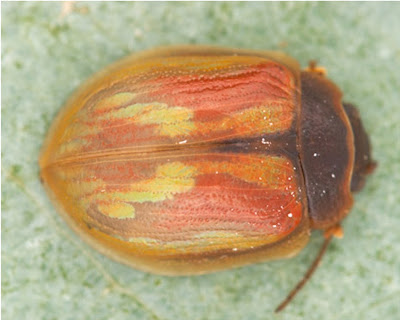 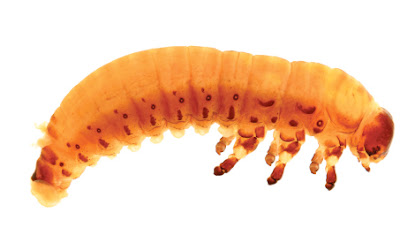