Magnitude 3.0 Earthquake in The Netherlands.

The Royal Netherlands Meteorological Institute recorded a Magnitude 3.0 Earthquake at a depth of 3 km beneath Groningen Province, close to the town of Loppersum, slightly after 1 am local time on Wednesday 3 July 2013 (slightly after 11.00 pm on Tuesday 2 July 2013, GMT). The quake was felt across much of the province, and is reported to have caused minor damage to buildings, though no injuries have been reported. 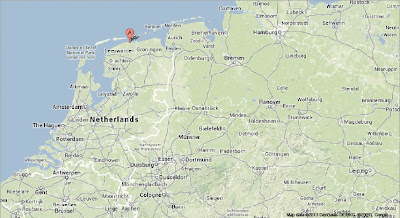 The location of the 3 July 2013 Groningen Earthquake. Google Maps.

The Netherlands suffers occasional Earthquakes due to the Lower Rhine Graben, an area of rifting associated with the uplift of the Alps and the collision of Africa with Europe. Essentially (and this is rather simplified) Europe to the east of the the Graben is being pushed northeastward by the northward movement of Africa. This stretches the crust and lithosphere on the Graben, causing it to thin and creating a long rift valley, which the River Rhine follows.

However this quake, and a series of smaller quakes in the Groningen area running up to it, is being widely attributed not to the Lower Rhine Graben, but to the activities of gas extraction company Nederlandse Aardolie Maatschappij (a joint venture owned 50% by Shell and 50% by Exxon Mobile), which has been extracting natural gas from beneath Groningen Province since the 1960s. The company has not sought to deny these allegations,  and has promised to take steps to protect vulnerable buildings in the area, and to find ways to extract gas without such effects. A government investigation into the industry is currently underway.

Witness accounts of Earthquakes can help geologists to understand these events, and the structures that cause them. If you felt this quake, or were in the area but did not (which is also useful information) then you can report it to the Royal Netherlands Meteorological Institute here.