A Magnitude 6.1 Earthquake at a depth of 10 km hit northwest Sumatra slightly after 2.35 pm local time (slightly after 7.35 am, GMT) on Tuesday 2 July 2013, according to the United States Geological Survey. The quake caused building collapses and landslides across Aceh Province, and is known to have killed at least eleven people. Six children were killed and another fourteen are missing after a mosque collapsed in Central Aceh District and five people were killed and two are missing after a landslide and building collapses in Bener Meriah. Over 200 people are believed to have been injured by the event, which was felt as far away as Peninsula Malaysia. 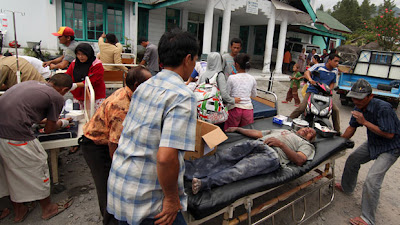 The Indo-Australian Plate, which underlies the Indian Ocean to the west of Sumatra, is being subducted beneath the Sunda Plate, a breakaway part of the Eurasian Plate which underlies Sumatra and neighboring Java, along the Sunda Trench, passing under Sumatra, where friction between the two plates can cause Earthquakes. As the Indo-Australian Plate sinks further into the Earth it is partially melted and some of the melted material rises through the overlying Sunda Plate as magma, fueling the volcanoes of Sumatra. 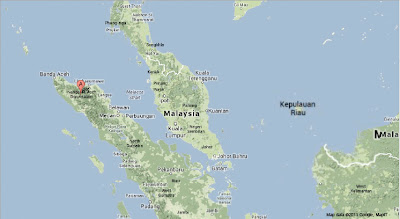 The location of the 2 July 2013 Aceh Earthquake. Google Maps.