A six year old boy was swallowed by a sinkhole at the Indiana Dunes National Lakeshore Park, on the south of Lake Michigan slightly after 4.00 pm local time (slightly after 8.00 pm GMT) on Friday 12 July 2013. Rescue teams from the Michigan City Fire Department took three hours to dig the boy out, by which time he had sunk 3.5 m into the sand. He was airlifted to a hospital in Chicago where he is said to be making good progress. 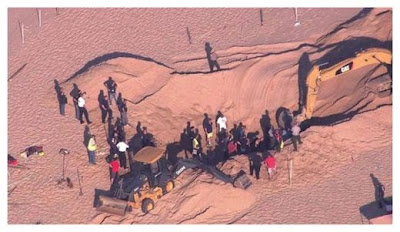 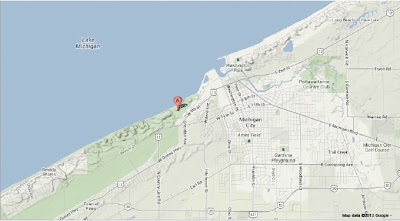 The approximate location of the Indiana Dunes sinkhole. Google Maps.