A Marrellomorph Arthropod from the Late Ordovician of the Czech Republic.

The enigmatic fossil Furca bohemica was first recorded from Late Ordovician deposits at Veselá Gorge, in what is now the Czech Republic, by the French Palaeontologist Joachim Barrande in 1846, though he never formally described the specimens. A formal description was provided by Antonin Fritsch in 1908, who interpreted it as a larval Echinoderm. Since 1919 it has generally been recognized as being an Arthropod, but palaeontologists have disagreed as to its affinities, with different scientists regarding it to be a Trilobite, a Chelloniellid and a Marrellomorph.

In a paper published in the August 2013 edition of the journal Acta Palaeontologica Polonica Štěpán Rak of the Institute of Geology and Palaeontology at Charles University, Javier Ortega−Hernández of the Department of Earth Sciences at the University of Cambridge and David Legg of the Department of Earth Sciences and Engineering at Imperial College London describe the discovery of a large number of new specimens of Furca bohemica a recently discovered section of the Letná Formation on the southern slope Ostrý Hill in Beroun and in a debris of the classical site Veselá Gorge. These new finds enable a better description of the species, and enable them to more confidently place it within the Marrellomorpha. 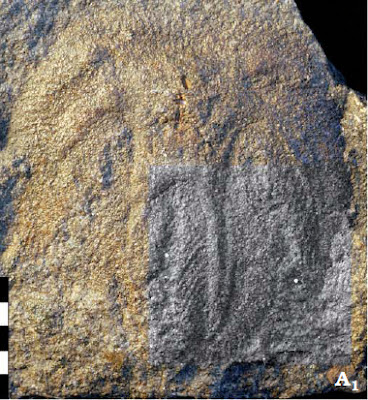 Furca bohemica has a six-spined shield shape, typical of Marrellomorph Arthropods, but is surrounded by secondary structures which are harder to explain, and which if legs or cilia would rule out placing the fossils in any known Arthropod Group. Rak et al. interpret these as a fringe of secondary spines surrounding the main shield, an interpretation which does not rule out Arthropod affinities, and which allows the placement of Furca bohemica confidently within the Marrellomorph Arthropods. 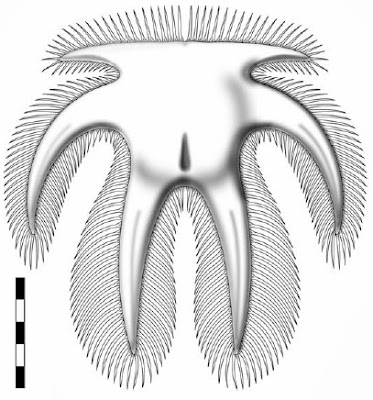