A new species of Soldierless Termite from the Caribbean, Central and South America.

Termites (Isoptera) are an ancient group of social insects related to Cockroaches; in fact many entomologists (scientists that study insects) now regard them as a specialized group of social Cockroaches rather than a separate group. Termites consume woody, cellulose-rich plant material that most other Insects (or animals of any sort) cannot digest, and have a unique stomach fauna that helps them do so, comprising either Eukaryotic Flagellates (most Termites) or a variety of Prokaryotic organisms (members of the Family Termitidae). Termites are eusocial Insects with a caste system comprising sexual adults that breed and workers that forage for food and feed the young and sexual adults, as well as building and maintaining their nests. Many Termite species also produce a soldier cast, which defend foraging workers and the nest against invaders and predators (particularly Ants) but which cannot forage or feed for themselves and have to be looked after by the workers.

In a paper published in the journal Zootaxa on 17 May 2013, Rudolf Scheffrahn of the Fort Lauderdale Research and Education Center of the Institute for Food and Agricultural Sciences at the University of Florida, describes a new species of Termite from a number of locations in Central and South America and the Caribbean.

The new species is named Compositermes vindai, where 'Compositermes' means an aggregation, something made up of parts, a reference to the structure of the gut, and 'vindai' honours Boudanath (Vinda) Maharajh, an entomologist from Trinidad and Tobago who worked with the Fort Lauderdale team on surveys in various countries and who died in 2009. It is placed in the Subfamily Apicotermitinae, members of the Ternitidae that lack a soldier cast and which are known from South America and Africa. Compositermes vindai was found living in small colonies under rocks or in larger colonies of Termites belonging to the genus Cornitermes, a mound-building species which does have a soldier caste. 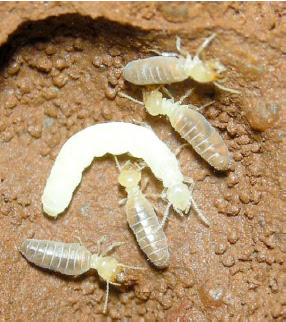 
The sexual adult, or imago, of Compositermes vindai is unknown; most Termite species have their description based upon the imago, however Compositermes vindai has been collected by scientists from the University of Florida from sites in French Guiana, Panama, Paraguay, Tobago and Trinidad over the period 1996 to 2010, and given the large number of specimens Scheffren suggests it is appropriate to formally describe the species from the worker. 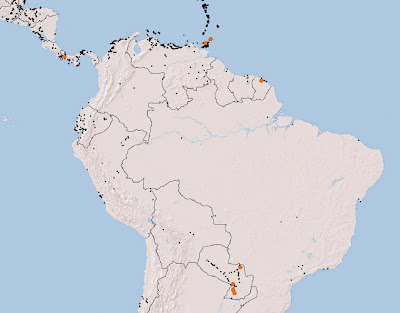 See also A new species of Stick Insect from southern Spain, New species of Mantis from Brazil and A fossil termite from the Late Oligocene of northern Ethiopia.