Typhoon Wutip made landfall in central Vietnam on Monday 30 September 2013, brining with it high winds and widespread flooding. Over 300 mm of rain fell within 24 hours in parts of the country. The known death toll in the country currently stands at eight, with over 200 injured, though local authorities fear that this will rise further. Over 200 000 homes are understood to have been either destroyed by the typhoon, or submerged by flooding, and there has been extensive damage to the country's power and communication systems. Large areas of farmland are understood to have been inundated, causing extensive damage to crops and considerable loss of livestock. 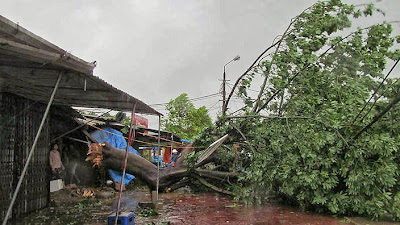 Chinese authorities are still searching for 58 missing fishermen from a fleet of vessels that encountered the storm near the Paracel Islands in the South China Sea on 29 September, sinking at least two vessels.  The storm has also brought widespread flooding to Laos, Cambodia and Thailand. 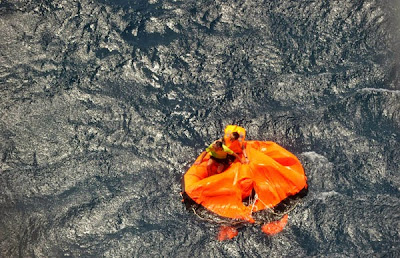 A life-raft from the fishing vessel Yuetaiyu 62116 which sank in the South China Sea after encountering Typhoon Wutip on 29 September 2013. Xinhua. 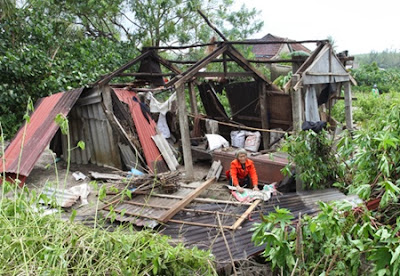