A new (probably fossil) species of Thyasirid Clam from the Beaufort Sea.

Thyasirid Clams are known from across the world’s oceans from the intertidal zone to the ocean deeps. Many species are associated with cold seeps and hot vents where food chains are based upon chemotrophic Bacteria and Achaeans (micro-organisms that generate energy by processing chemicals in the water or sediment without photosynthesis), and are probably themselves symbiotic hosts to such chemotrophs.

In a paper published in the journal ZooKeys on 10 December 2014, PaulValentich-Scott of the Santa Barbara Museum of Natural History and CharlesPowell, Thomas Lorenson and Brian Edwards of the United States Geological Survey describe a new species of Thyasirid Clam from the Canning Seafloor Mound in the Beaufort Sea off the north coast of Alaska.

The new species is named Wallerconcha sarae, where ‘Wallerconcha’ honours Thomas Waller of the Smithsonian Institution, for his work on living and fossil Bivalves (‘Wallerconcha’ literally translates as ‘Waller’s shell’, though this is not explained in the text) and ‘sarae’ honours Sara Powell, the daughter of Charles Powell. 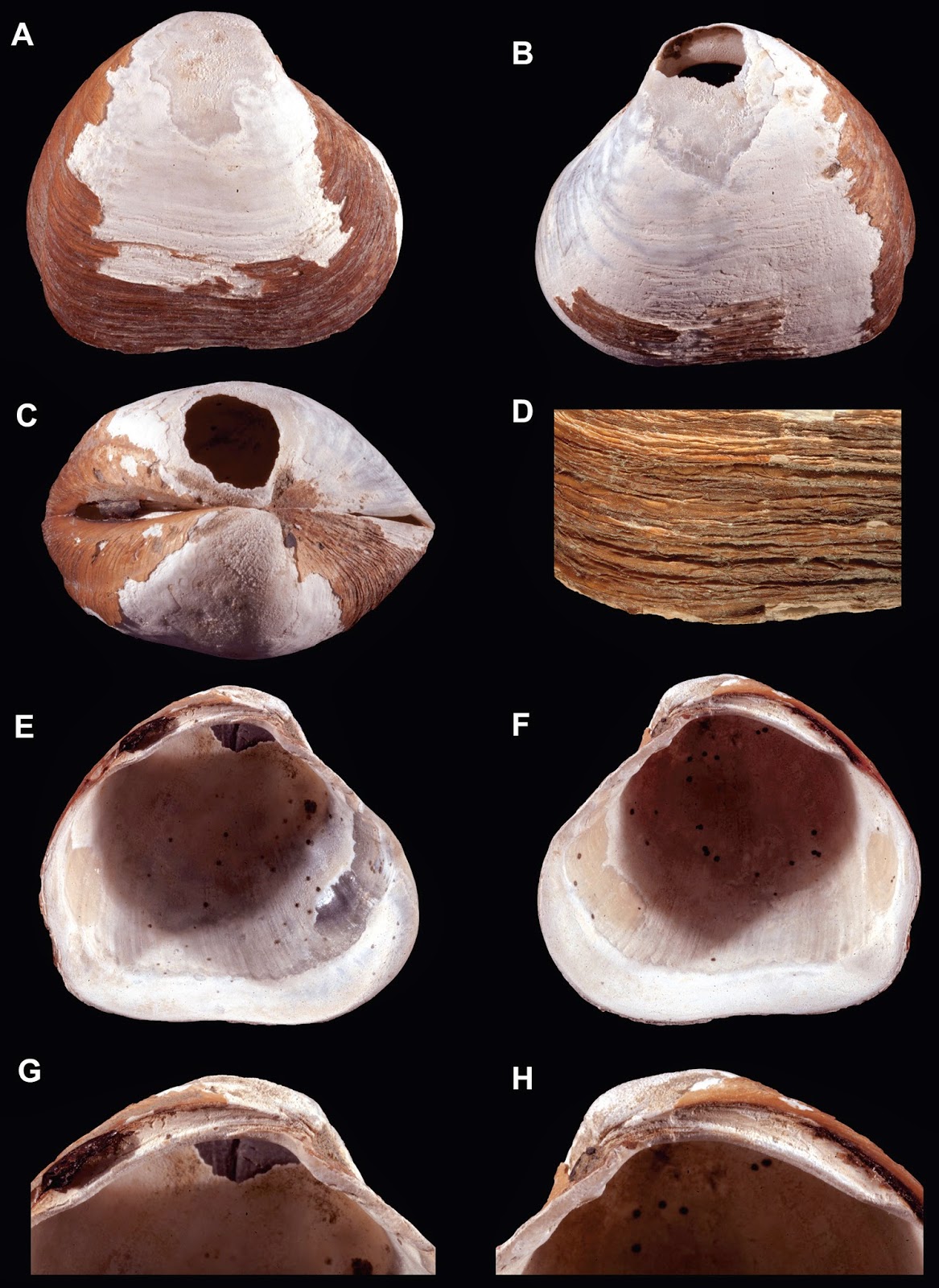 The species is described from five shells, plus some additional fragmentary material, collected in two sediment cores from the Canning Seafloor Mound, ranging from 12.8 mm to 23.9 mm in length. No soft tissue was preserved with the shells, so their biology is unclear, but Canning Seafloor Mound is considered to be a cold seep environment (i.e. an environment in which hydrocarbons are seeping from buried sediments into the water column, providing a distinct chemical environment favourable to chemotrophic Bacteria and Achaeans) and the living Wallerconcha sarae is likely to have either hosted collonies of such micro-organisms symbiotically or have fed on free living ones. 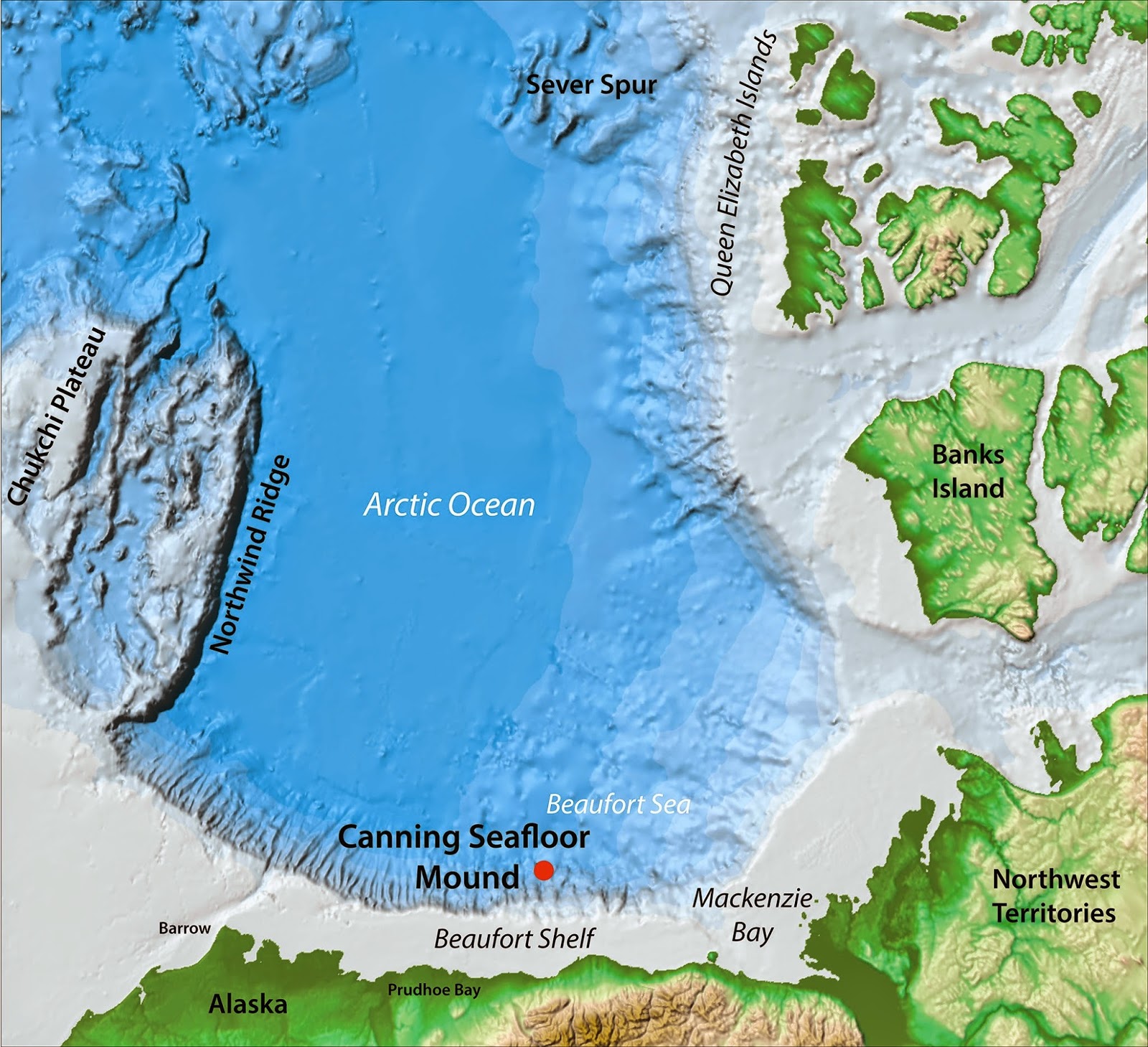 The location of the Canning Seafloor Mound off the coast of northern Alaska. Valentich-Scott et al. (2014).

The shells were collected from between 2 cm and 4.65 m below the surface. Valentich-Scott et al. estimate that the sedimentation rate at the Canning Seafloor Mound to be about 50 cm per thousand years, which would make the shells less than 10 300 years old, with the youngest being quite recent. However this does not take into account the sediment compaction rate. The oldest shell was found at a level that also contained the plankticforaminiferan Neogloboquadrina pachyderma, which is considered to have been extinct for 1.8 million years, suggesting that this specimen is at least that old, while a partial shell of the Gastropod Neptunea was found at a depth of 2.31 m, also associated with a shell of Wallerconcha sarae. This Snail is known from the earliest Miocene to the Holocene in the North Pacific, and from the late Pliocene to the Holocene of the Arctic Ocean and North Atlantic, being thought to have originated in the Pacific and entered thr other areas after the opening of the Bering Strait in the latest Miocene or early Pliocene, giving a maximum age to these sediments at around the Miocene/Pliocene boundary. 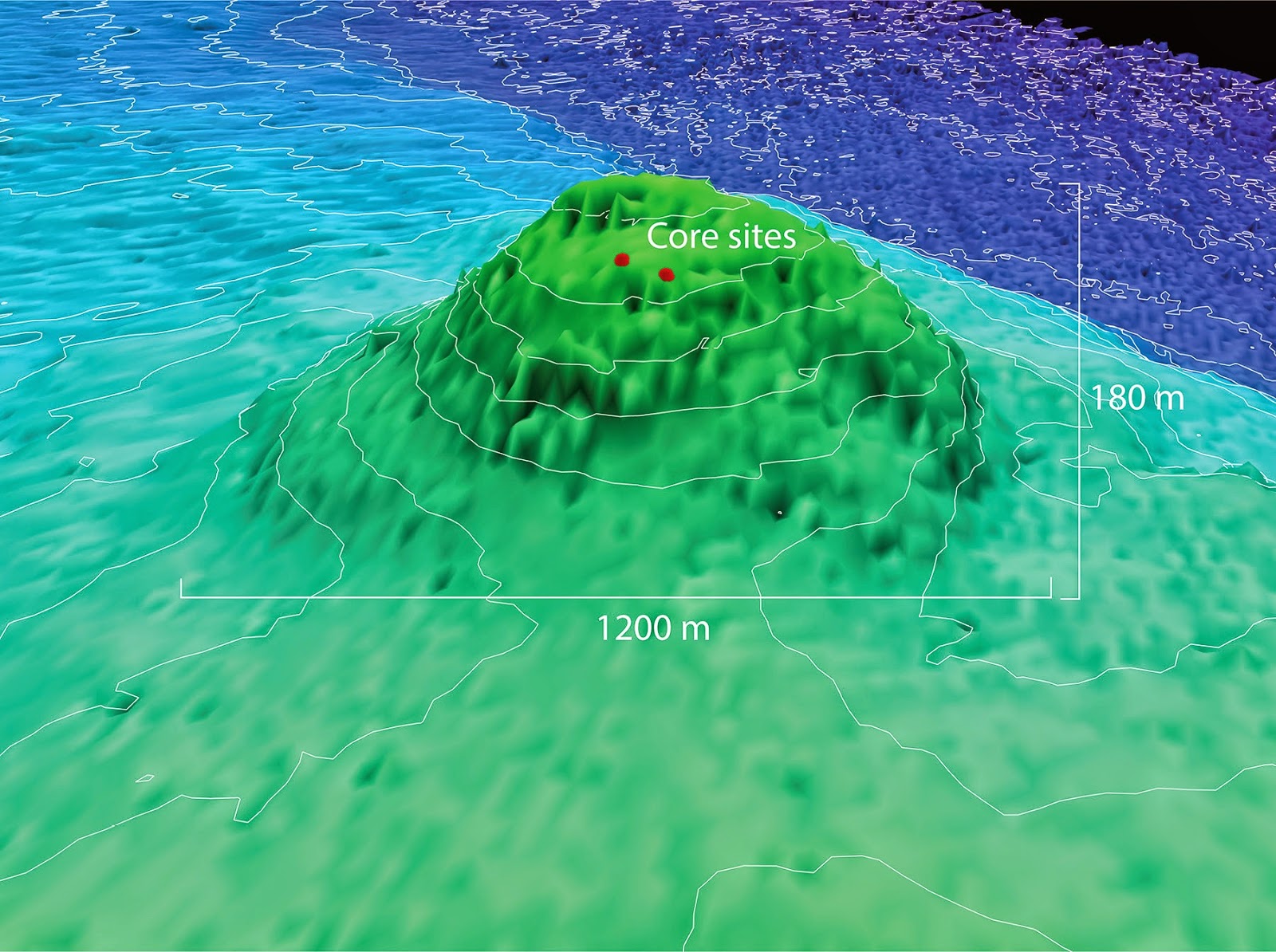 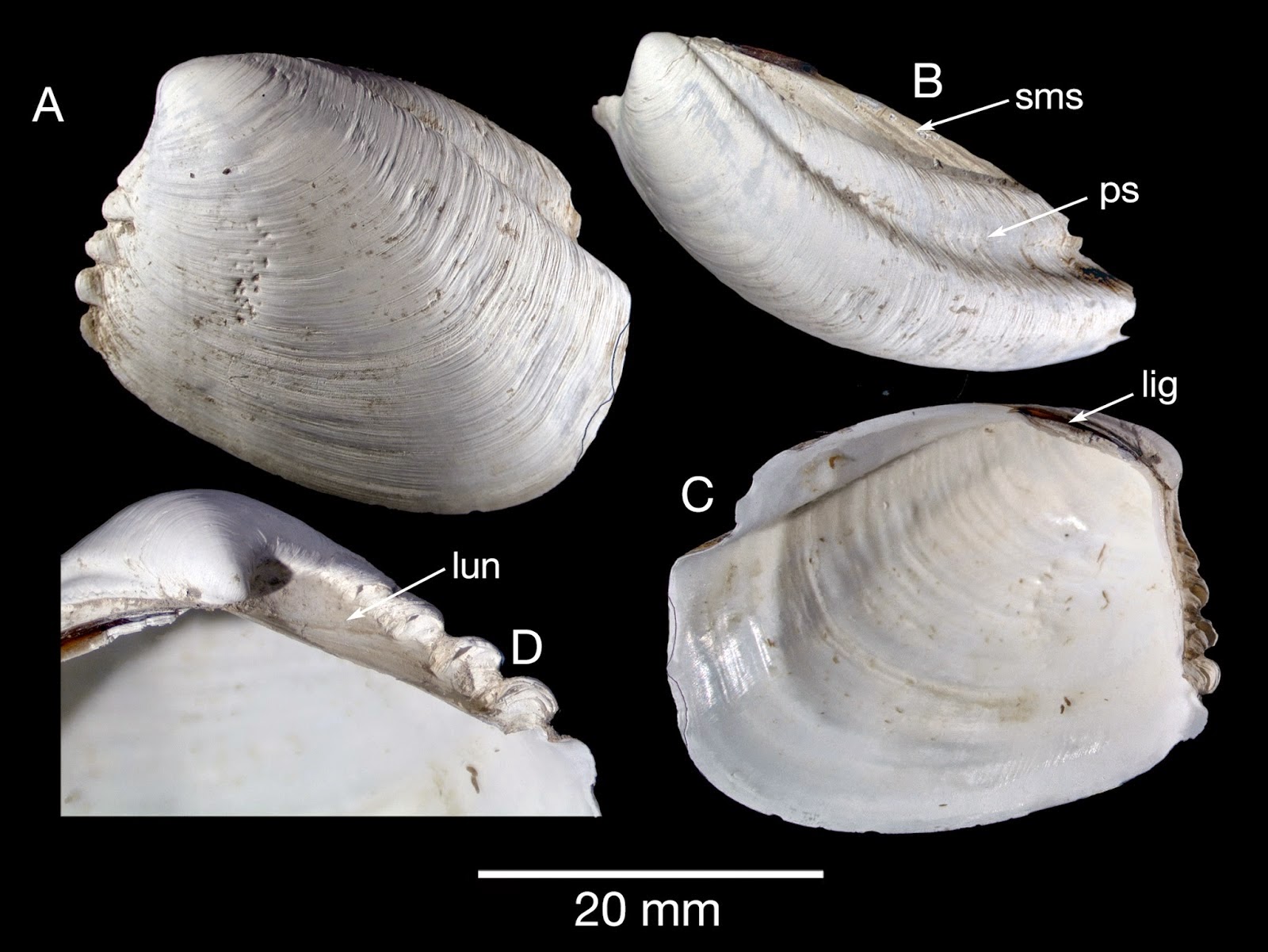 A new species of Thyasiroid Clam from British Columbia.

Thyasiroid Clams are a group of Veneroid Bivalves found in deep waters around the world. They are not well understood as a group, as most species are known only from their shells, which allows for only a limited understanding of their soft tissue anatomy and lifestyle.

A new species of Giant Clam.
Giant Clams of the genus Tridacna are large Bivalve Molluscs in the Cockle Family (Cardiidae). They are extremely distinctive, both for their large size and their bright colouration, which is caused by symbiotic algae that live within the flesh of their mantles. Giant Clams...

Predation of Freshwater Mussels in the Early Cretaceous of Spain.
Unionoid Bivalves (Freshwater Mussels) appeared before the beginning of the Triassic, and became the dominant freshwater invertebrates in...