The skull of an early Alvarezsauroid from northern Xinjiang Province, China.

The Alvarezsauroids are an enigmatic group of Maniraptoran Theropod Dinosaurs that were first described in the early 1990s. They share a number of features with Birds, including a keeled sturnum, fused carpometacarpus and a Bird-like arrangement of the pubis and ischium. The forelimbs of Alvarezsauroids are highly derived, with an enlarged manus with a single functional claw and reduction of the other digits, an enlarged radius with powerful muscle attachments and an enlarged olecranon process (elbow joint on the ulna). At least one species possessed an extensive covering of feathers.

This led to the Alvarezsauroids initially being considered to be either early Birds, or very close relatives of the Birds, though they are now recognised to be more distant relatives within the Maniraptoran group, less closely related to Birds than are the Troodontids, Dromaeosaurs, Oviraptors, and Therizinosaurs.

The difficulty in classifying the position of the Alvarezsauroids within the Maniraptora was due to the rarity of specimens for this group, and complete absence of early, less highly derived members of the group. Then in 2010 a team of scientists led by Jonah Choiniere of the the Department of Biological Sciences at George Washington University (now also of the Evolutionary Studies Institute at the University of the Witwatersrand  and the Division of Paleontology at the American Museum of Natural History) described an early Alvarezsauroid, Haplocheirus sollers, from the Late Jurassic Shishugou Formation of northern Xinjiang Province, China, in a paper in the journal Science. The specimen comprised an almost complete skeleton lacking only parts of the tail and pelvis, found in close association with the articulated skeleton of a Crocodyliform.

In a paper published in the American Museum Novitates on 22 October 2014, Jonah Choiniere, along with James Clark of the Department of Biological Sciences at George Washington University, Mark Norell of the Division of Paleontology at the American Museum of Natural History and Xing Xu of the Key Laboratory of Vertebrate Evolution and Human Origins at the Institute for Vertebrate Paleontology and Paleoanthropology of the Chinese Academy of Sciences, describe the skull of Haplocheirus sollers and discuss the conclusions they make from this about the origins of the Alvarezsauroids and the lifestyle of Haplocheiru ssollers in particular. 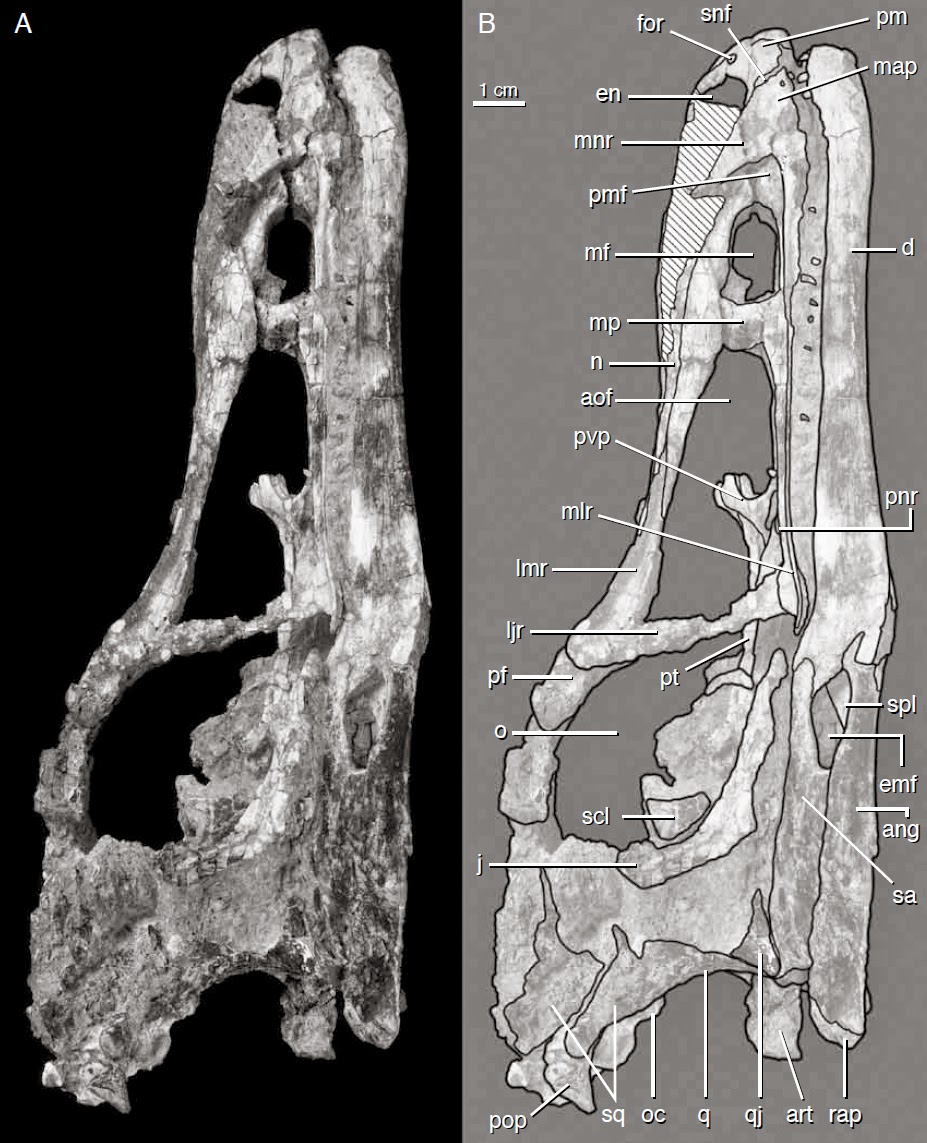 The snout is long, and somewhat low, similar to that seen in Ornithomimosaurs, the Parvicursorine Alvarezsaurid Shuvuuia and some Troodontids. The maxillary fenestra is located approximately at midlevel in the antorbital fossa unlike the dorsally displaced maxillary fenestrae of many Dromaeosaurids. The external naris is ovoid, anteroposteriorly long and dorsoventrally low, with a long axis orientated roughly horizontally, as seen in the basal Tyrannosauroids Guanlong and Proceratosaurus, Ornithomimosaurs such as Gallimimus, Troodontids such as Sinovenator and Byronosaurus and the Alvarezsaurid Shuvuuia. The supratemporal fenestrae are large, and are separated by a low narrow ridge along the midline of the parietals, which differs from the wide, smooth pariatals which separate the supratemporal fenestrae of many basal Theropods, Ornithomimosaursand Shuvuuia. The infratemporal fenestra is high on its dorsovental axis and short anteroposteriorly, as in Ornithomimosaurs such as Garudimimus and the Therizinosaurid Erlikosaurus. 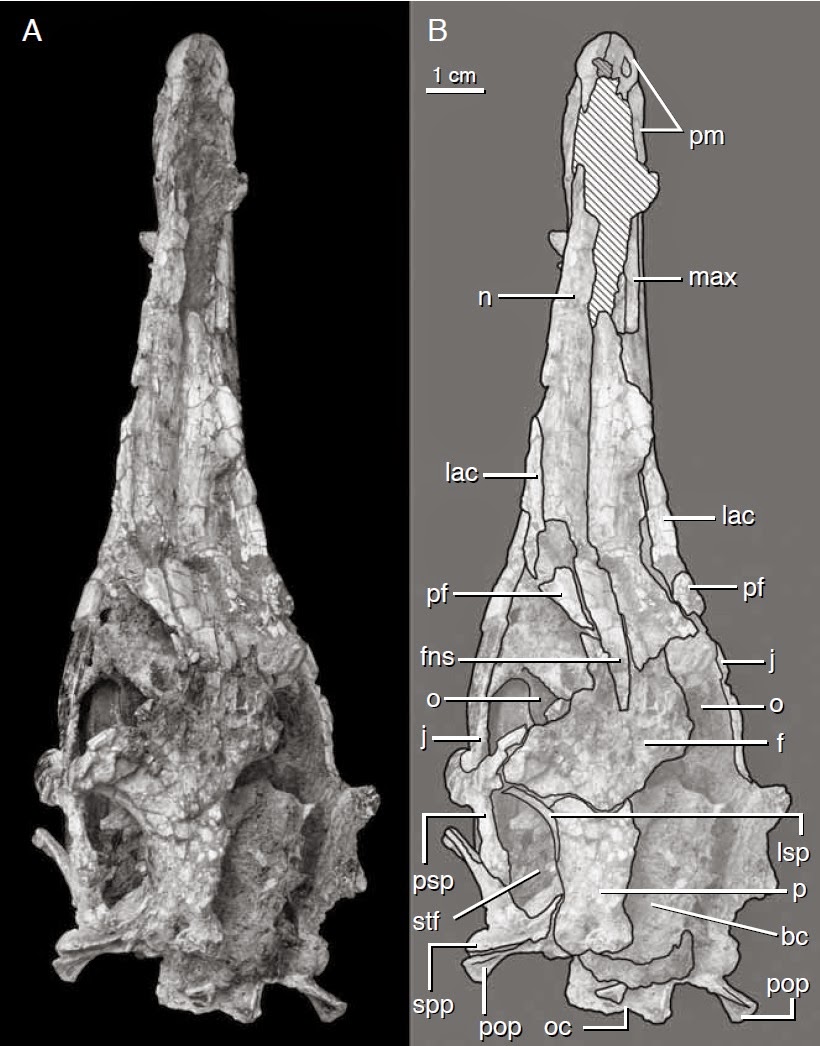 Haplocheirus sollers appears to have been a very unusual Theropod. Its skull was very lightly built, with enlarged fenestrae (gaps in the skull) and reduction of the supporting bones around these, strongly suggesting that it was incapable of delivering a particularly hard bite. The long snout and slender jawbone also indicate a low bite-force, but probably a rapid jaw closing ability, and its teeth were small, and weekly recurved, and show reduced serration. This suggests that Haplocheirus sollers was feeding on small vertebrate prey, which it could seize with rapid bites and probably swallowed whole.

The orbit (eye-socket) of Haplocheirus sollers is particularly large, and the preserved sclerotic ring (a ring of small bones inside the eyes of many vertebrates, but not Mammals) is also large, with an inner ring diameter estimated to be 15 mm and an outer ring diameter of 24 mm. This suggests that both the eye and the lens of the eye were exceptionally large, and significantly larger than even other Dinosaur species theorized to have been nocturnal, such as Velociraptor. This would suggest that Haplocheirus sollers was also adapted to very low light levels, and almost certainly nocturnal. 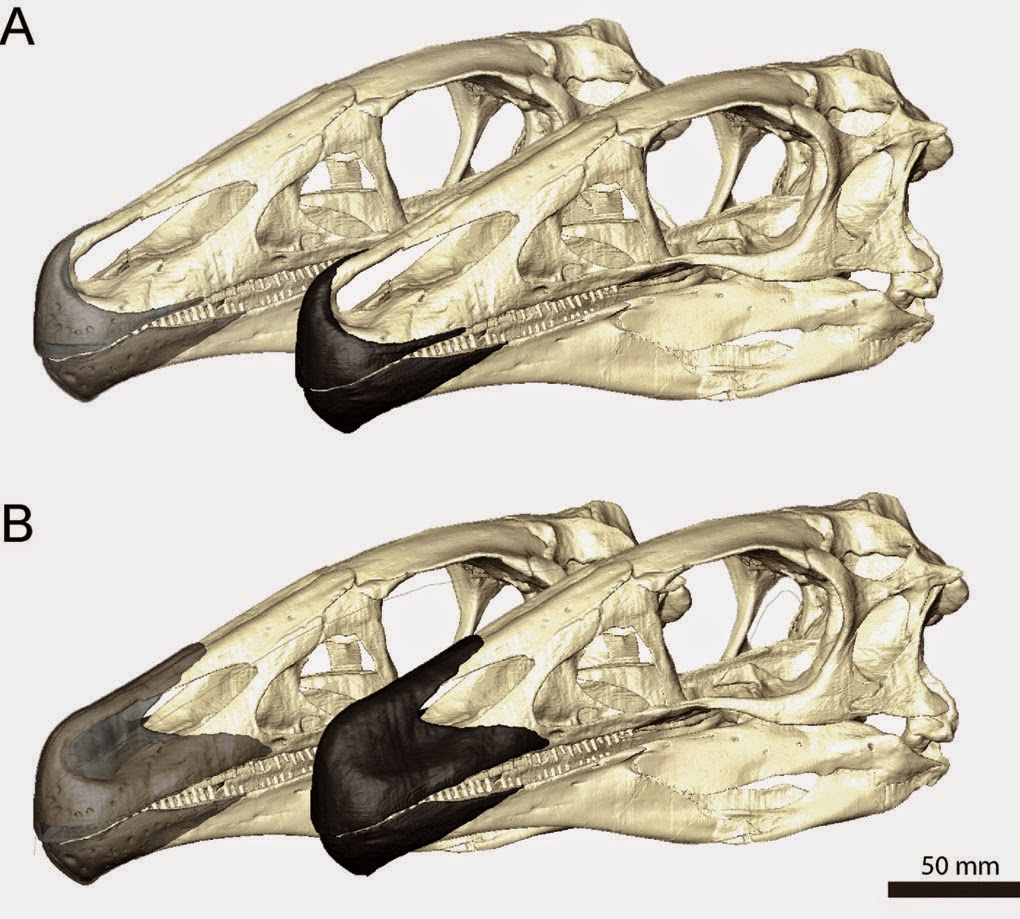 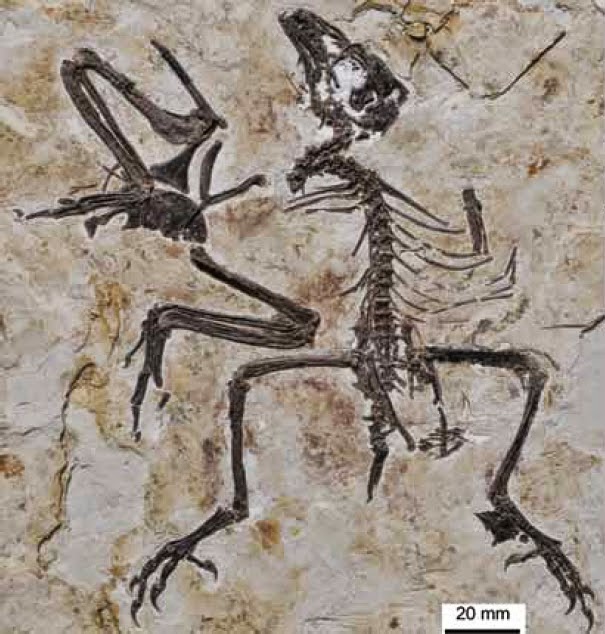