A new species of Giant Swallowtail Butterfly from North and Central America.

Swallowtails, Papilionidae, are among the most conspicuous of American Butterflies, due to their large size and conspicuous colouration. The group has been extensively studied by taxonomists and evolutionary biologists, revealing a complex biological history, with widespread mimicry leading to a large number of cryptic species (species which resemble one-another closely, making it hard for even specialists to tell them apart) and many species that have apparently arisen through hybridization. However within the group the Tiger Swallowtails, Pterourus spp., have been the most extensively studied, with the related Giant Swallowtails, Heraclides spp., being relatively less well known.

The new species is named Heraclides rumiko, in honour of the wife of Kojiro Shiraiwa. The species is not described from any newly discovered populations, but rather the realization that the widespread Heraclides cresphontes, which is known from Canada to Panama, is in fact a complex of (at least) two closely related cryptic species. 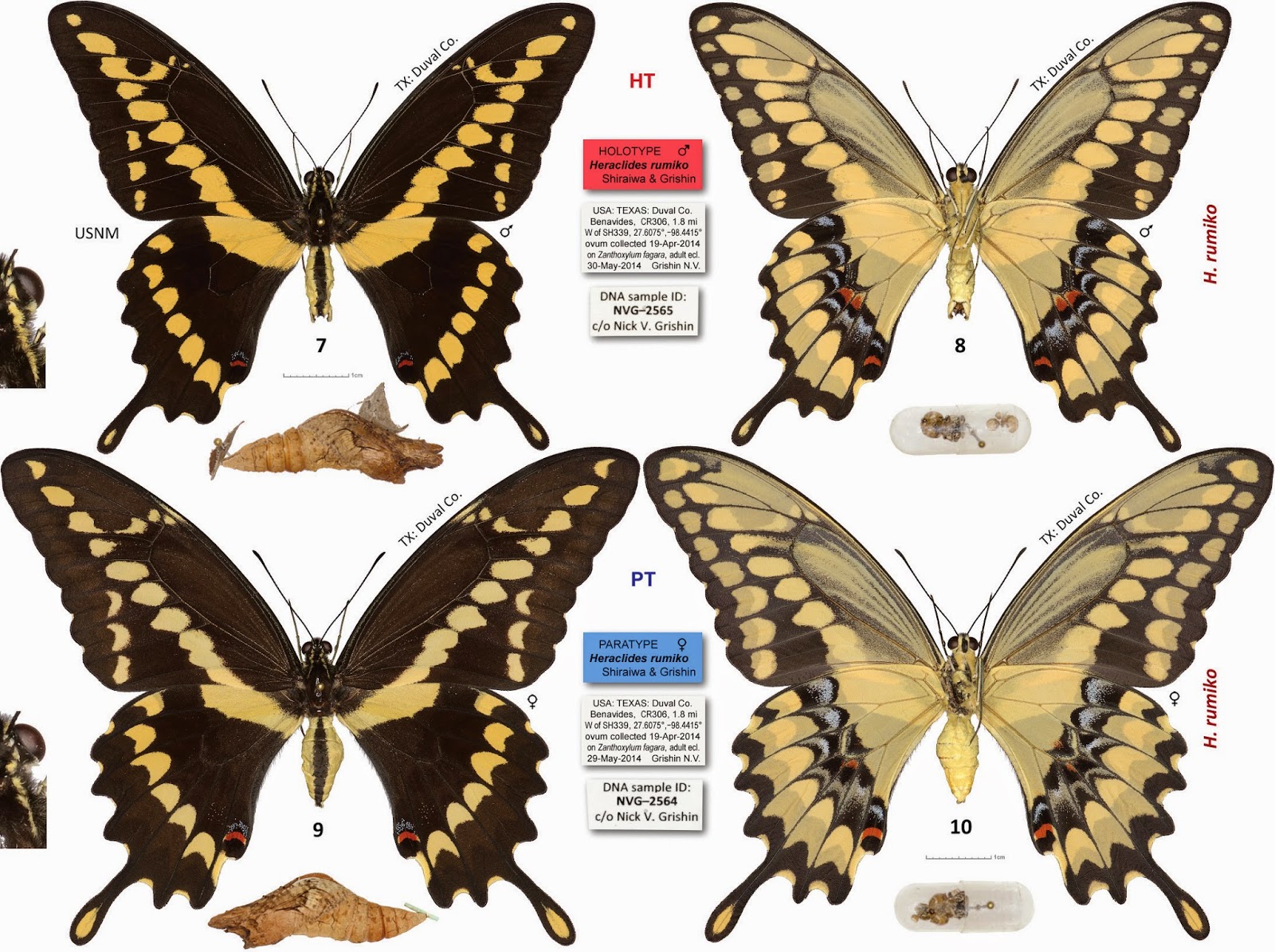 Heraclide srumiko type specimens: 7–8 holotype ♂ 9–10 paratype ♀. Dorsal/ventral surfaces are in odd/even-numbered figures. Labels areshown between the images of the same specimen, exuvia and head capsules in a gelatin capsule are below,and 3-fold magnified segment of head, neck and thorax is on the left. All images are to scale (includinglabels), except the magnified insets. Shiraiwa et al. (2014).

The discovery came about following an examination of specimens from California and Indiana, which revealed differences in the patterns between the two populations. This was followed by an examination of DNA from specimens from the northeastern United States and Costa Rica, which revealed a 3% difference in genetic structure. This is not in itself enough to justify the erection of a new species, particularly in widespread species where genetic patterns are likely to vary over distance, however it did provoke a wider study in which 200 specimens from across the range of the species were examined, revealing two distinct population groups, separated by a genetic distance of 3%, but with very little difference within populations. Notably in parts of Texas both species were found living alongside one-another, suggesting that these are true species.

The original species Heraclides cresphontes is now thought to be found in southeast Canada, and the north and west of the United States, while the new species is found in Texas, New Mexico, Arizona, California and Colorado, plus across Mexico and in El Salvador, Honduras, Costa Rica and Panama, though it is possible that other cryptic species are hidden within these distributions. 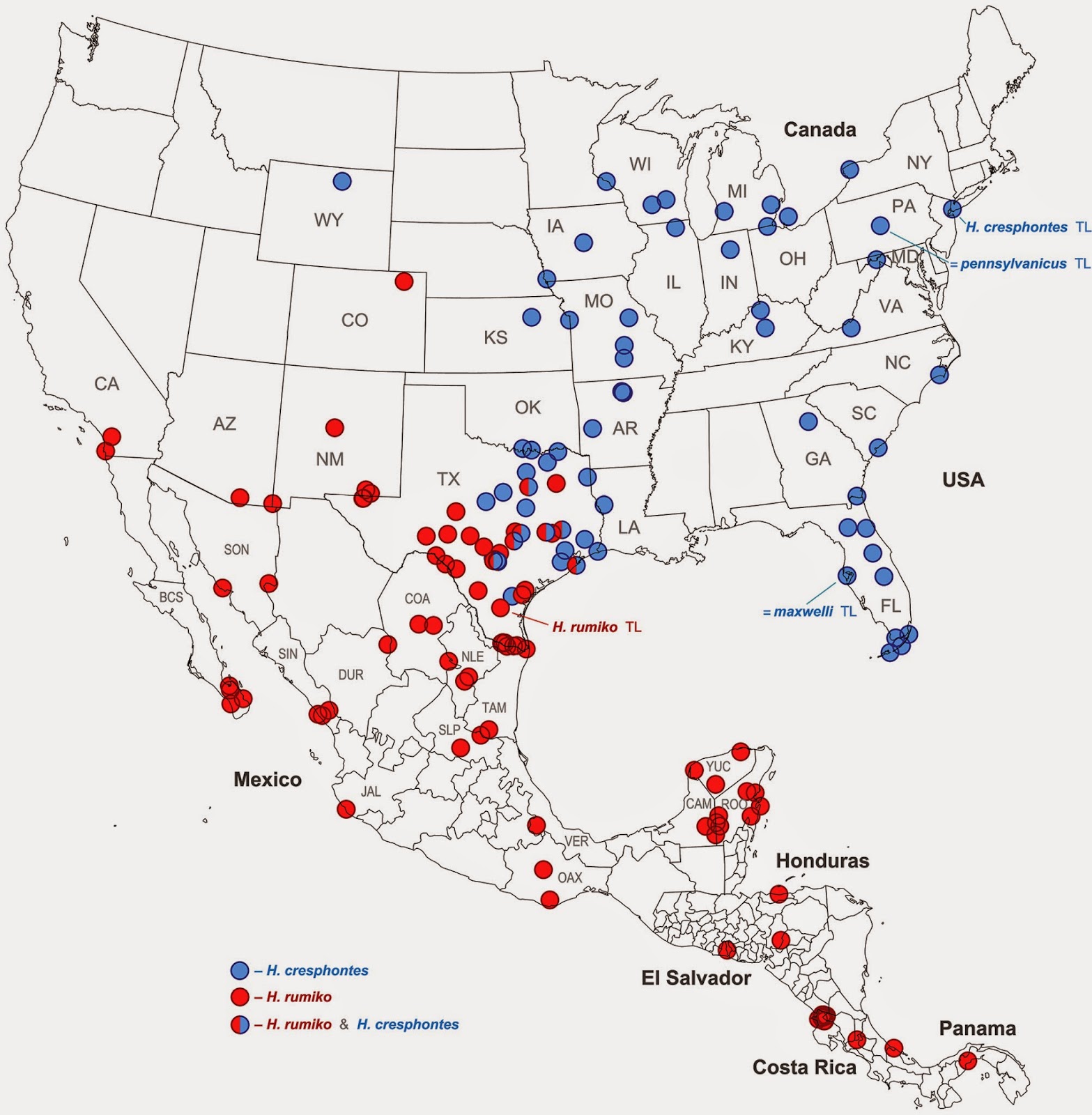 The eggs of Heraclides rumiko were laid singularly on young leaves of trees and shrubs from the family Rutaceae in California and Texas, the only places where the life-cycle has been observed to date. Host plants included Zanthoxylum fagara, Ptelea trifoliata, Amyris texana, Ruta graveolens, Citrus spp. and Geijera parviflora, and the species probably utilizes other plants that have not been observed. The species is particularly numerous in urban areas where widespread ornamental citruses are planted. The eggs are 1.1–1.6 mm in diameter, round and have a granular surface. They are yellowish when laid, but turn orange as they mature. 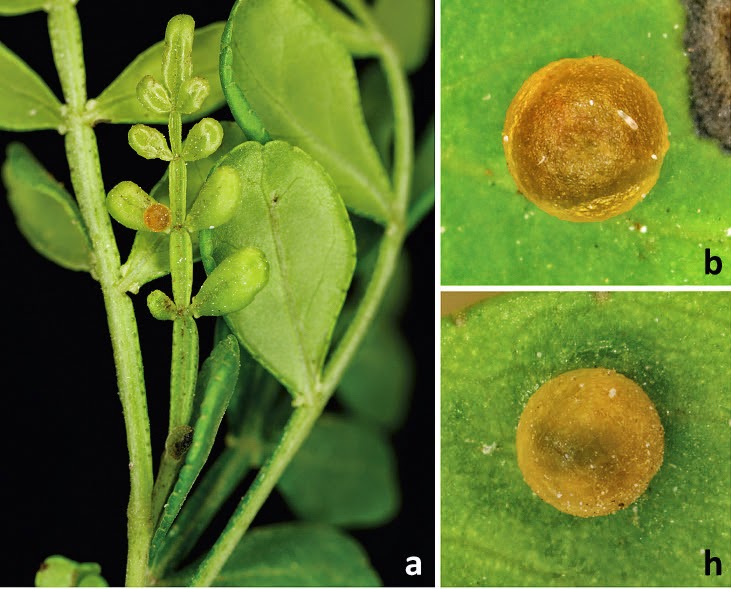 The eggs hatch 7-10 days after being laid, the larva eating the egg after hatching. The first instar (an instar is a stage in the life of an Insect, separated from other instars by moults) is 3-5 mm long, hairy, glossy and mottled brown, generally resembling a Bird dropping. The second instar is 5-11 mm long, the third 11-16 mm, the fourth 16-30 mm, the fifth instar 30-50 mm. The fifth instar is matt rather than glossy in appearance, and is followed by pupation. Under ideal conditions the caterpillar can progress from hatching to pupation in about nine days. 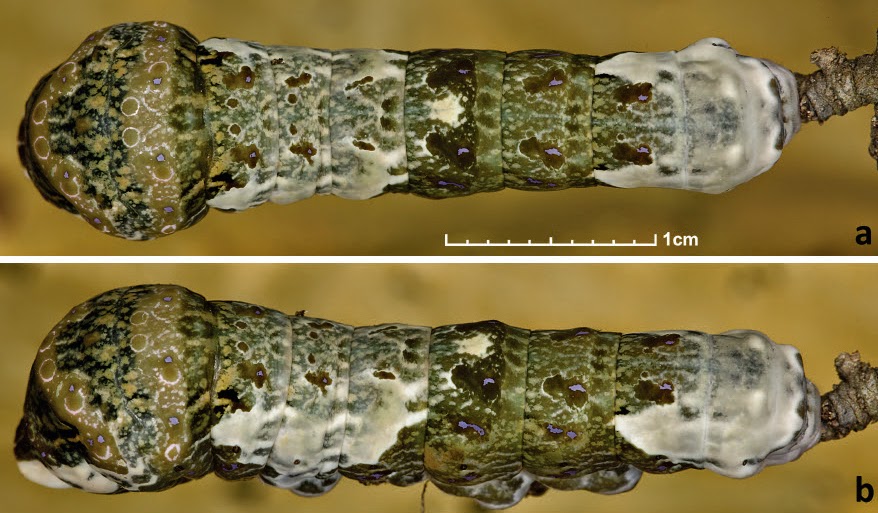 While the caterpillars of Heraclides rumiko are primarily protected by camouflage, resembling a Bird dropping, they also have a pair of eyespots on their meta-thoraxes, which can be revealed suddenly by raising the head and inflating the thorax, a defensive strategy employed when the caterpillar is startled. 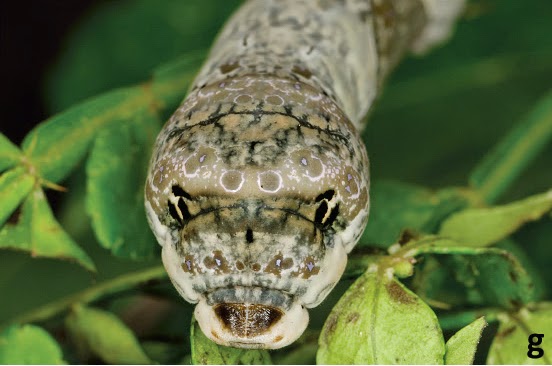 Defensive posture of a caterpillar of Heraclides rumiko. Shiraiwa et al. (2014).
Towards the end of its fifth instar the caterpillar changes colour, becoming paler and more uniform. This apparently improves the camoflage as it leaves the leafy parts of the plant and travels on woody branches, looking for a suitable place to pupate. The pupae are 26-36 mm in length, and mottled greyish or dark brown, mimicking the colour of the branch on which they rest to some extent (i.e. pupae on greenish branches are greener, on dark-coloured branches are darker, etc.). Adults can emerge in one to two weeks, but the pupae can also act as the overwintering stage, going into diapause (hybernation) for several months. 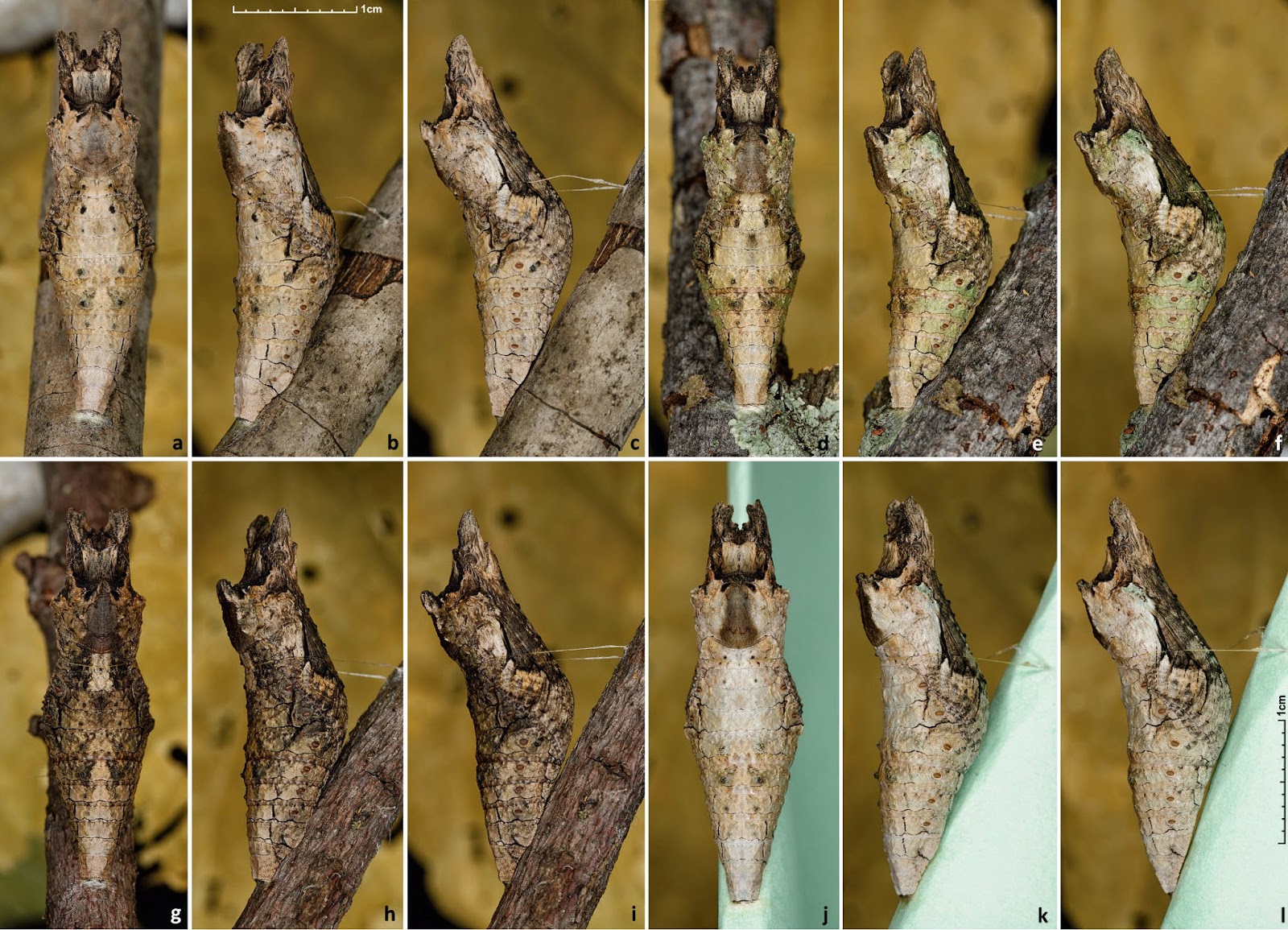 Adults of Heraclides rumiko are present throughout most of the year, being absent only in the coldest months. In southern Texas they are seen on the wing from April till September, going through emergence peaks every 1.5 months, though this can be affected by the severity of the winter or variations in rainfall. In southern California the adults are present from February till mid November, being most abundant in August and September.

Two new species of Tortrix Moths from Thailand.
Tortrix Moths, Tortricidae,  are predominantly small Moths with feathery wings found across much of the globe. They are ubiquitous members of the Insect fauna, but despite this have not been extensively...

A new species of Stem-mining Moth from Eastern Europe.
Stem-mining Moths of the family Nepticulidae are found across the world, but are at their most numerous and diverse in Southern Europe. The larvae feed on...
Follow Sciency Thoughts on Facebook.