A new species of Ixodid Tick from southern Brazil.

Ixodid Ticks of the genus Amblyomma are parasites of Mammals found on all continents except Europe and Antarctica, but at their most diverse in South America, with 31 species described from Brazil alone (46% of all known Tick species from Brazil). These Ticks are known to be vectors for a variety of zoonotic diseases (diseases which typically infect animals but which can also spread to humans), particularly members of the genus Rickettsia (Gram Negative Bacteria which cause diseases such as Typhus, African Tick Fever and Rocky Mountain Fever - but not rickets, which is a form of malnutrition).

The new species is named Amblyomma yucumense, in reference to the Yucumã Falls, on the Uruguay River in the Parque Estadual do Turvo. The species is described from ten adult males and nine adult females collected from vegetation and thirty-three nymphs (juveniles) collected from five species of small Mammals; Didelphis aurita (the Big Eared Opposum), Sooretamys angouya (the Paraguayan Rice Rat), Euryoryzomys russatus (the Russet Rice Rat), Akodon montensis (the Montane Grass Mouse) and Oxymycterus judex (Judge's Burrowing Mouse). Males ranged from 4.13 mm to 5.36 mm in length, and were roughly oval in shape and brown in colour with pale orange markings. Females ranged from 3.18 mm to 4.79 mm in length, and were more elliptical in shape, with a brown colouration with large yellow markings. 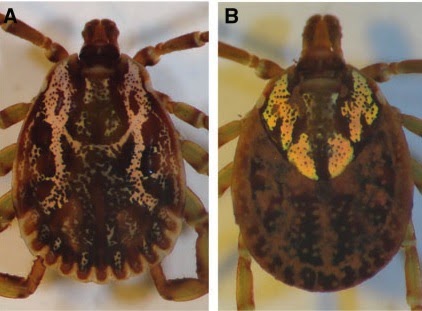 Dorsal view of the adult stages of Amblyomma yucumense (A) male and (B) female. Krawczak et al. (2015).

The absence of adult Amblyomma yucumense specimens on the small Mammals examined, combined with the presence of adults on vegetation strongly suggests that the adults have a different host preference to the juveniles. The adults collected were all found on vegetation between 50 cm and 80 cm above the ground, and frequently alongside specimens of Amblyomma incisum, which is known to parasitize Tapirs, Tapirus terrestris, large Mammals (i.e. more than 80 cm high), known to inhabit the area and to utilize paths close to the plants upon which the ticks were collected, strongly suggesting that this is the usual host species for adult Amblyomma yucumense also. 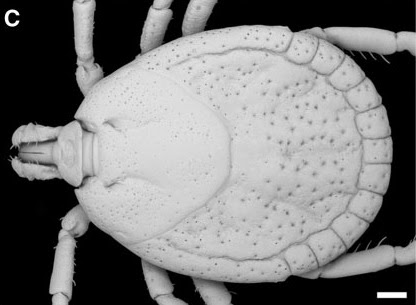 A genetic analysis of the phylogeny of Amblyomma yucumense suggests that it is most closely related to Amblyomma coelebs, the ecology of which is unclear, and also closely related to Amblyomma dubitatum, a species which it resembles closely, but which is known to target Capybaras, Hydrochoerus hydrochaeris; neither Amblyomma dubitatum nor Capybaras were found in the area where Amblyomma yucumensewas discovered, ruling out this Mammal as a host species for adults of the species, and suggesting that changes in host species preference might be linked to speciation within the group. 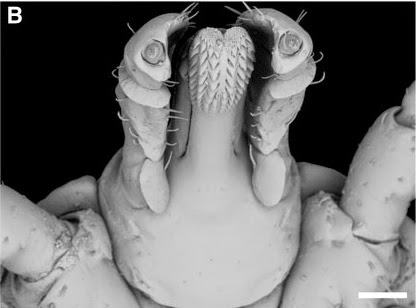 Amblyomma yucumenseis currently known only from the Parque Estadual do Turvo Atlantic Rainforest Reserve in Rio Grande do Sul State in southern Brazil, however this park is contiguous with a larger area of rainforest in northern Argentina, making it highly likely that the species is found there also. 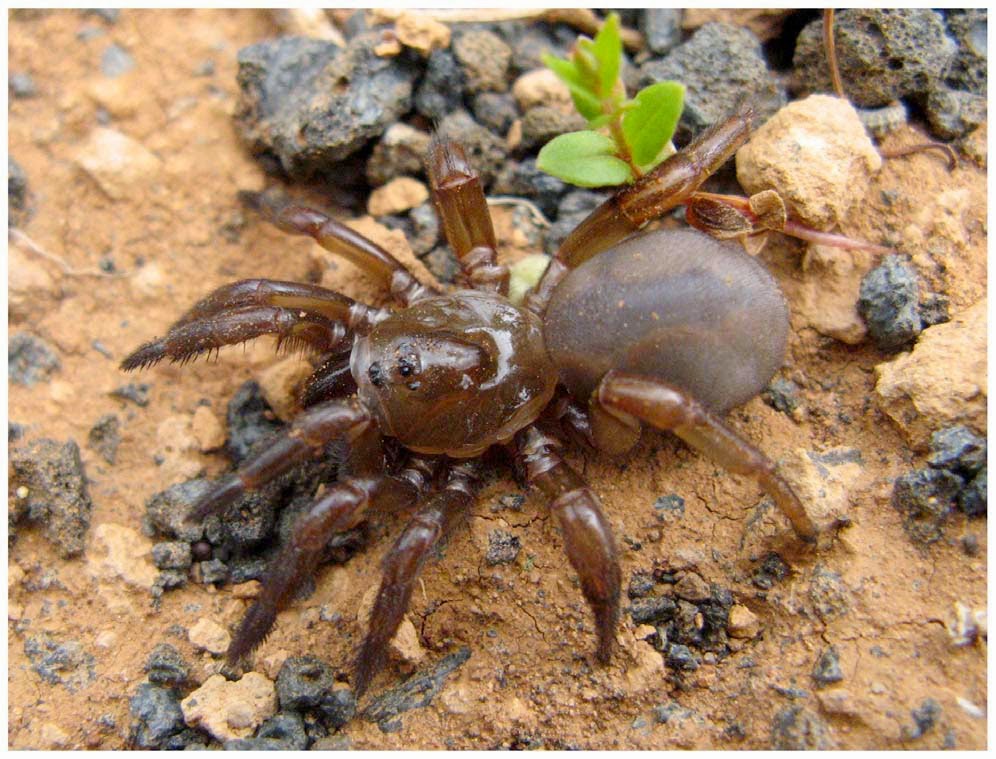 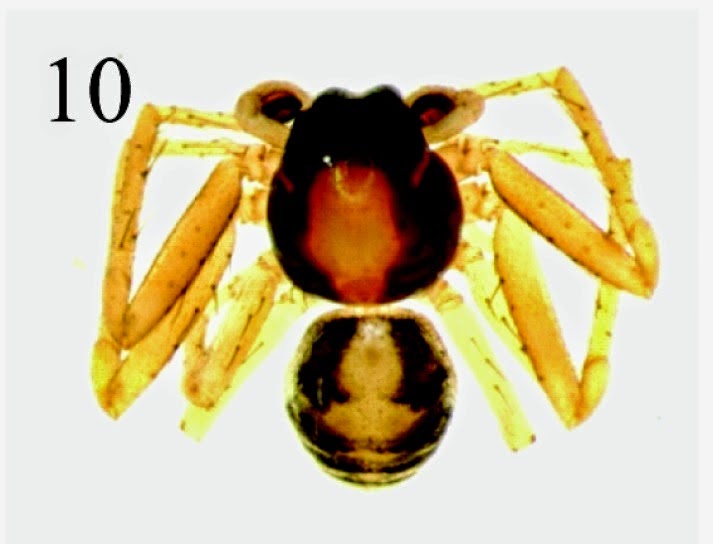