The Order Carnivora includes the majority of modern carnivorous Mammals, including Dogs (Canids), Cats (Felids), Hyenas (Hyenids), Bears (Ursids), Racoons (Procyonids) Weasels, Badgers and Otters (Mustids) and Seals (Pinipeds). Most of these groups are thought to have appeared in the Middle Eocene, making this period of particular time interval of particular interest to palaeontologists studying the group, and slowly rose to dominate terrestrial ecosystems, replacing earlier groups of predatory Mammals, Carnivoran and non-Carnivoran.

In a paper published in the journal Palaeontologica Electronica in June 2013, Susumu Tomiya of the Museum of Paleontology, Museum of Vertebrate Zoology, and Department of Integrative Biology at the University of California, Berkeley, describes two new species of Carnivoraform Mammals from the Middle Eocene of San Diego County, California, as well as additional specimens of several previously described species.

The first new species described is named Ceruttia sandiegoensis, where ‘Ceruttia’ honours Richard Cerutti of the San Diego Natural History Museum for his work on vertebrate palaeontology, and ‘sandiegoensis’ means ‘from San Diego’. The species is based upon fragmentary cranial material including the right and left maxilla and left premaxila (upper jaw elements) from the Mission Valley Formation at El Cajon, plus additional material including isolated teeth and fragments of several maxilla and dentaries (lower jaws) from the Santiago Formation at Oceanside. 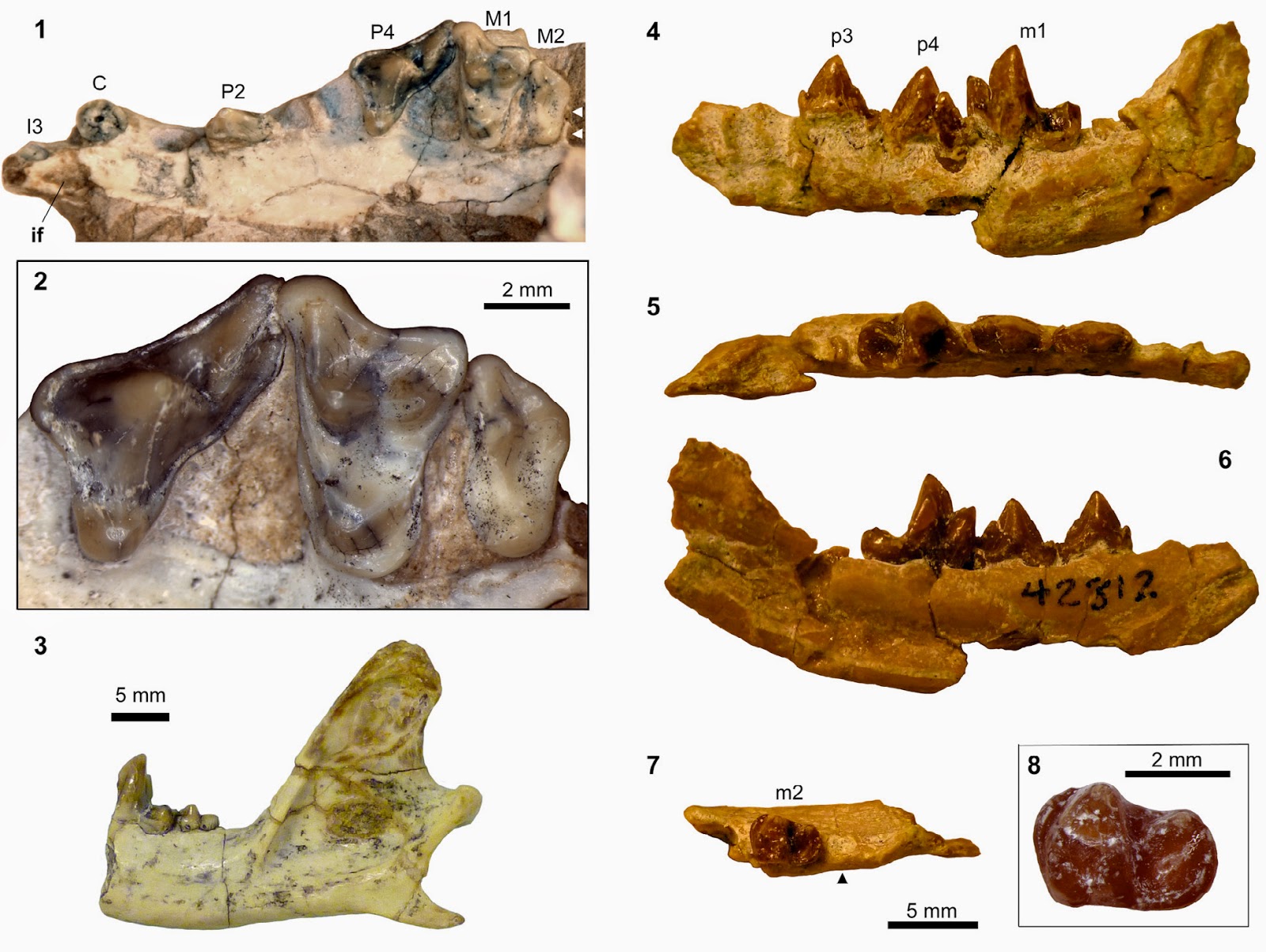 Ceruttia sandiegoensis closely resembles two previously described species, ‘Miacis’ sylvestris and ‘Miacis’ hargeri, though recent studies have suggested the placement of the species in Miacis is erroneous, so Tomiya avoids placing them it in the same genus, pending a review of the group. The auditory region resembles that of Miacis parvivorus and ‘Miacis’ sylvestris, with all three being apparently ‘primitive’ to the earliest known members of all extant Carnivoran groups (i.e. it they had not yet developed features seen in all these groups from their onset), suggesting that they do not belong to any of the these living groups (i.e. all modern Carnivorans are more closely related to one-another than any of them is to Ceruttia sandiegoensis, Miacis parvivorus or ‘Miacis’ sylvestris).

The second new species described is named Walshius pacificus, where ‘Walshius’ honours the late Stephen Walsh of the San Diego Natural History Museum for his work on the Eocene Mammals of San Diego County, and ‘pacificus’ refers to the proximity of the area where the fossils from which the species is described to the Pacific Ocean. The species is described from two fragmentary right maxilla from the Friars Formation in San Diego, plus a fragmentary right dentary that probably belongs to the same species. 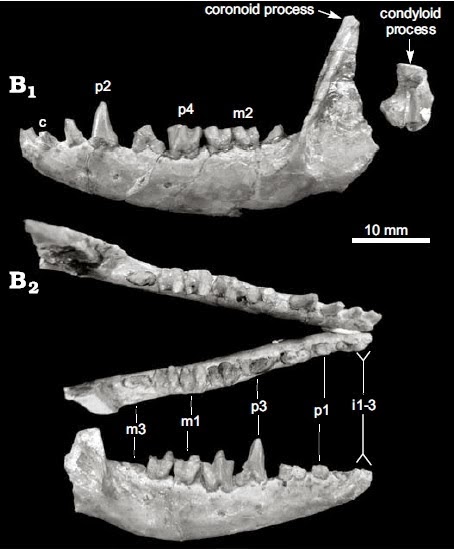 A new species of Leptictid Mammal from the Late Eocene of South Dakota.                                      Leptictid Mammals appeared early in the post-Cretaceous radiation of Mammals, and persisted till the Oligocene. They may have been distant relatives of the Rodents and Primates, though some authors regard them as being the earliest group to break of from the other Placental Mammals. They were small Mammals, the largest reaching about 90 cm, and appear to have been primarily insectivorous in diet. Many...
Follow Sciency Thoughts on Facebook.