A new species of Serpulid Worm from the Caribbean.

Serpulids are distinctive Polychaete Worms found throughout the world’s oceans, from the intertidal zones to the deep seas. They live in calcareous tubes, which they cement to hard substrates, and are frequently found attached to shells and rocks on the beach. However, while telling that a Worm is a Serpulid is relatively easy, telling them apart can be extremely difficult. There are currently around 350 described species of Serpulid Worms in 46 genera, however it is now known that many of the characteristics traditionally used to classify species, such as the presence or absence of an operculum (calcareous cap used to seal the entrance to the tube when the Worm is retracted) or number of chaetigers (bristle-bearing segments) are now known to vary between very closely related species, and sometimes within colonies of a single species.

In a paper published in the journal Zootaxa on 22 December 2015, Nancy Prentiss of the Division of Natural Sciences at the University of Maine at Farmington, Katerina Vasileiadou, Sarah Faulwetter and Christos Arvanitidis of the Institute of Marine Biology, Biotechnology and Aquaculture at the HellenicCentre for Marine Research and Harry ten Hove of the Naturalis BiodiversityCenter describe a new species of Serpulid Worm from the Caribbean.

The new species is named Turbocavus secretus, where ‘Turbocavus’ means ‘Hurricane Hole’, after a bay on St John Island in the US Virgin Islands where it was first discovered, and ‘secretus’ means ‘hidden’, in reference to its habit of living on the underside of rocks embedded in loose sediment. 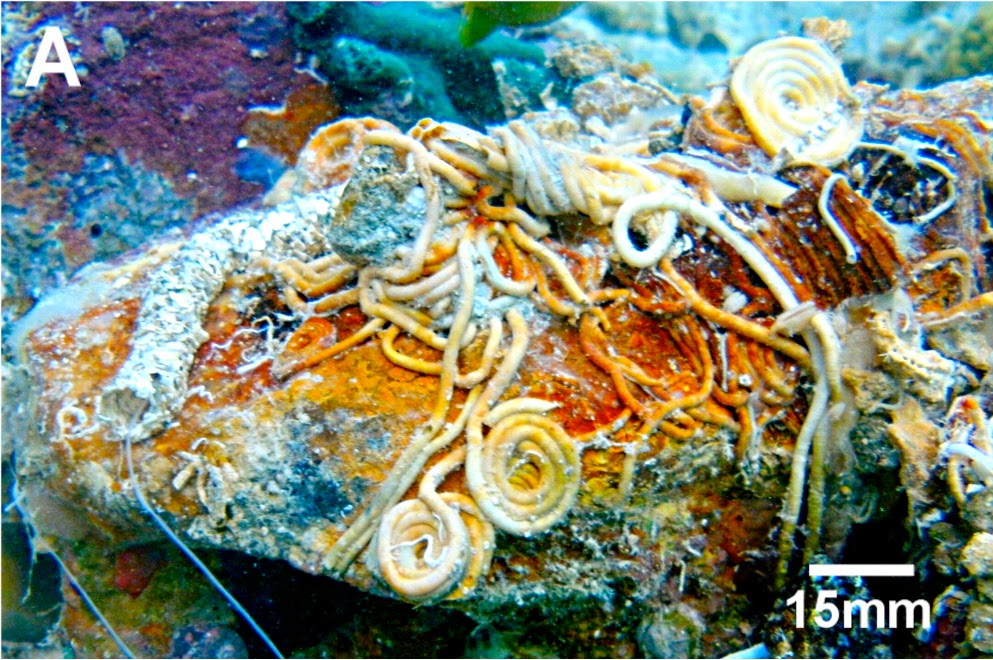 Turbocavus secretus,aggregation of coiled tubes, in situ, on the underside of rock. Prentiss et al. (2014).

Turbocavus secretus was found living at depths of 0.25-2.0 m in Hurricane Hole and Lameshur Bays in the US Virgin Islands, and also at depths of 46-49 m off Bonaire and Klien Bonaire in the Leeward Antilles and at a depth of 50 cm in a lagoon at Santa Marta Baai on Curaçao. 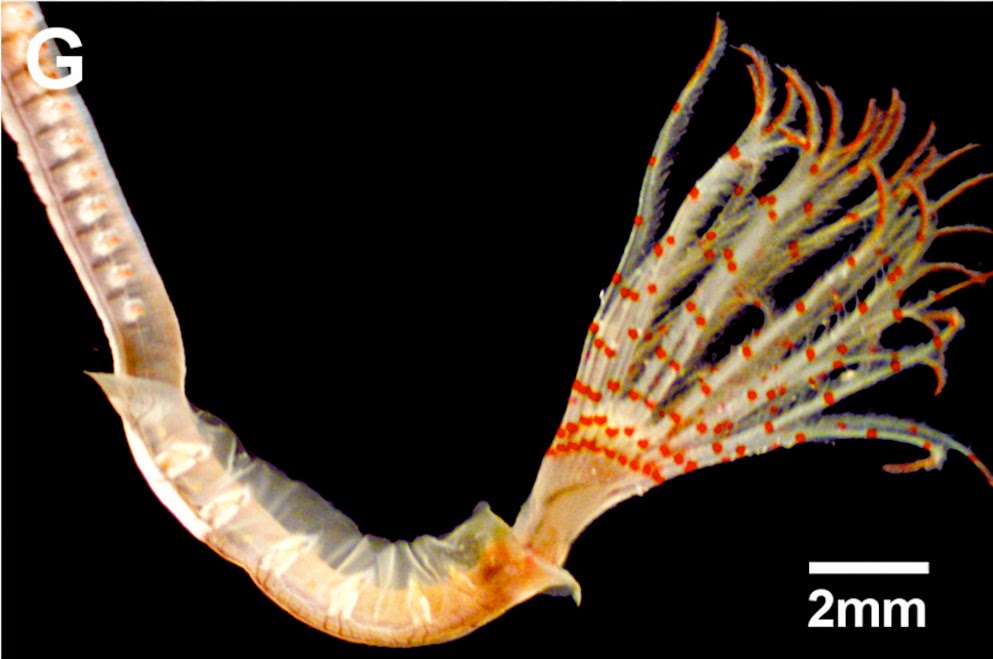 The largest Worms reached 87 mm in length and 1.7 mm in width, living in tubes arranged in concentric circles on the undersides of rocks. The thorax region has 7−19 chaetigers and a distinct thoracic membrane, which forms an apron around the thorax and extends over the abdomen for the length of two thoracic segments. The abdomen has up to 355 chaetigers. The crown has 19 pairs of radioles; branchial eyes are present, but the species lacks an operculum. The living worms were wight with bright red markings. 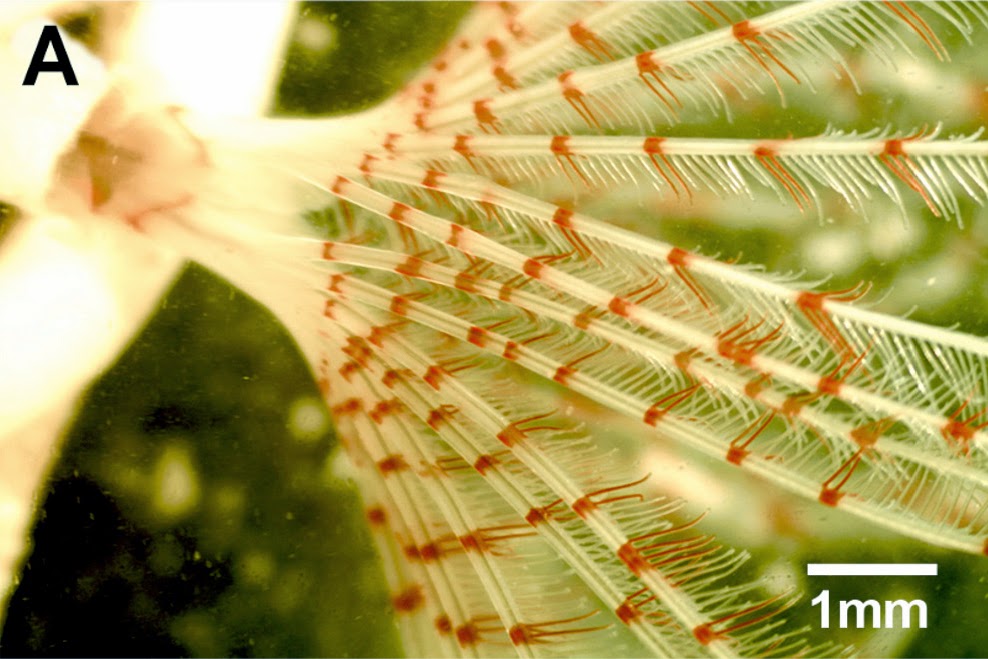 Placing Turbocavussecretus on the Serpulid family tree using traditional methods would be extremely difficult, as it is variable in many features that have been traditionally used to define species. However a genetic analysis revealed that it is quite distinct from any other species for which such data is available, and apparently equally closely related to a number of different genera, so Prentiss et al. feel confident in the assignment of this species to a new genus. 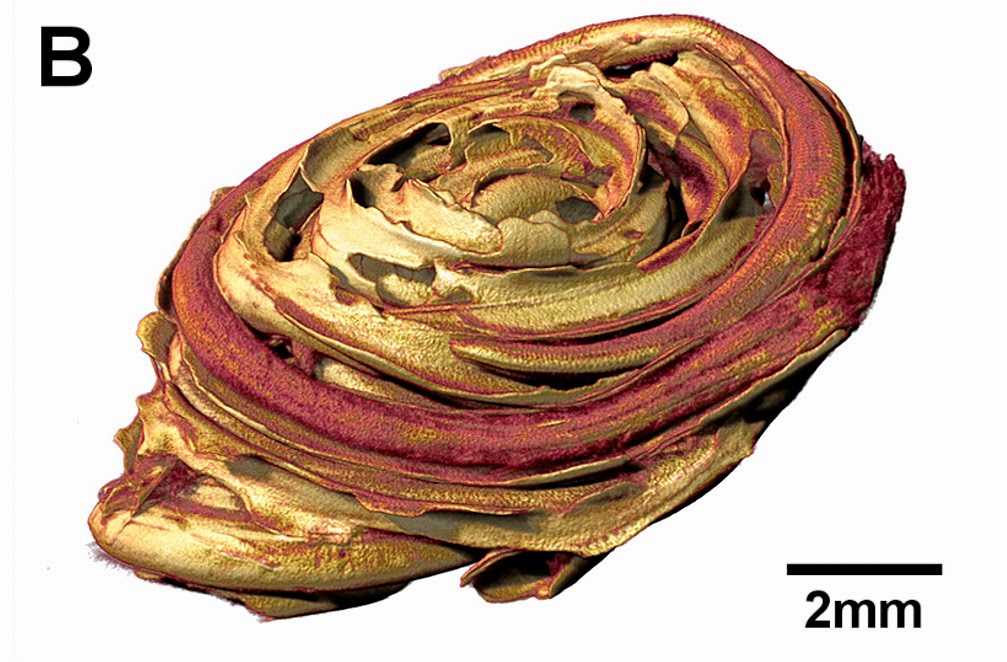 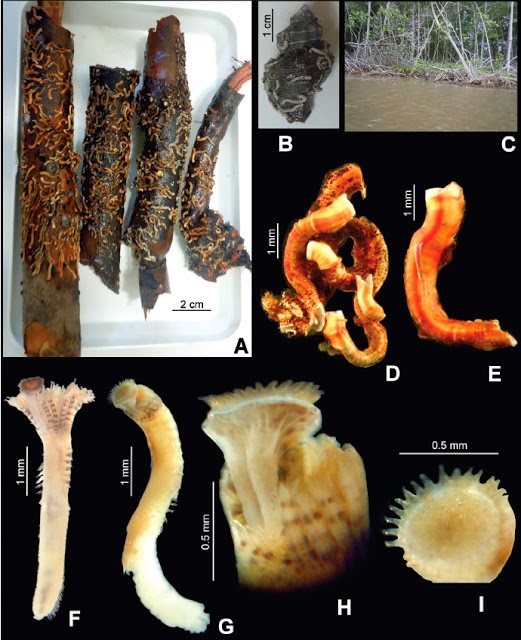