A new species of Twig Anole from Panama.

Anles are small Iguanid Lizards found in the Southern United States, Mexico, Central America and the Caribbean. Twig Anoles, Norops spp., form a distinct cluster of medium sized Anole Lizard species within the genus Norops. There are currently eight species in assigned to this group, all from Central America, though it is likely that there are more, undescribed, species living in the wild.

In a paper published in the journal Zootaxa on 15 December 2014, Kirsten Nicholson of the Department of Biology and Museum of Cultural and Natural History at Central Michigan University, and Gunther Köhler of the Senckenberg Forschungsinstitutund Naturmuseum describe a new species of Twig Anole from a single male specimen collected beside a road just outside the Filo del Tallo Park in Darién Province, Panama.

The new species is named Norops triumphalis, meaning ‘victory’, in reference to the elation felt by Kirsten Nicholson and her party when they caught the Lizard, which was initially sighted crossing the road at high speed in front of the moving vehicle containing the group. 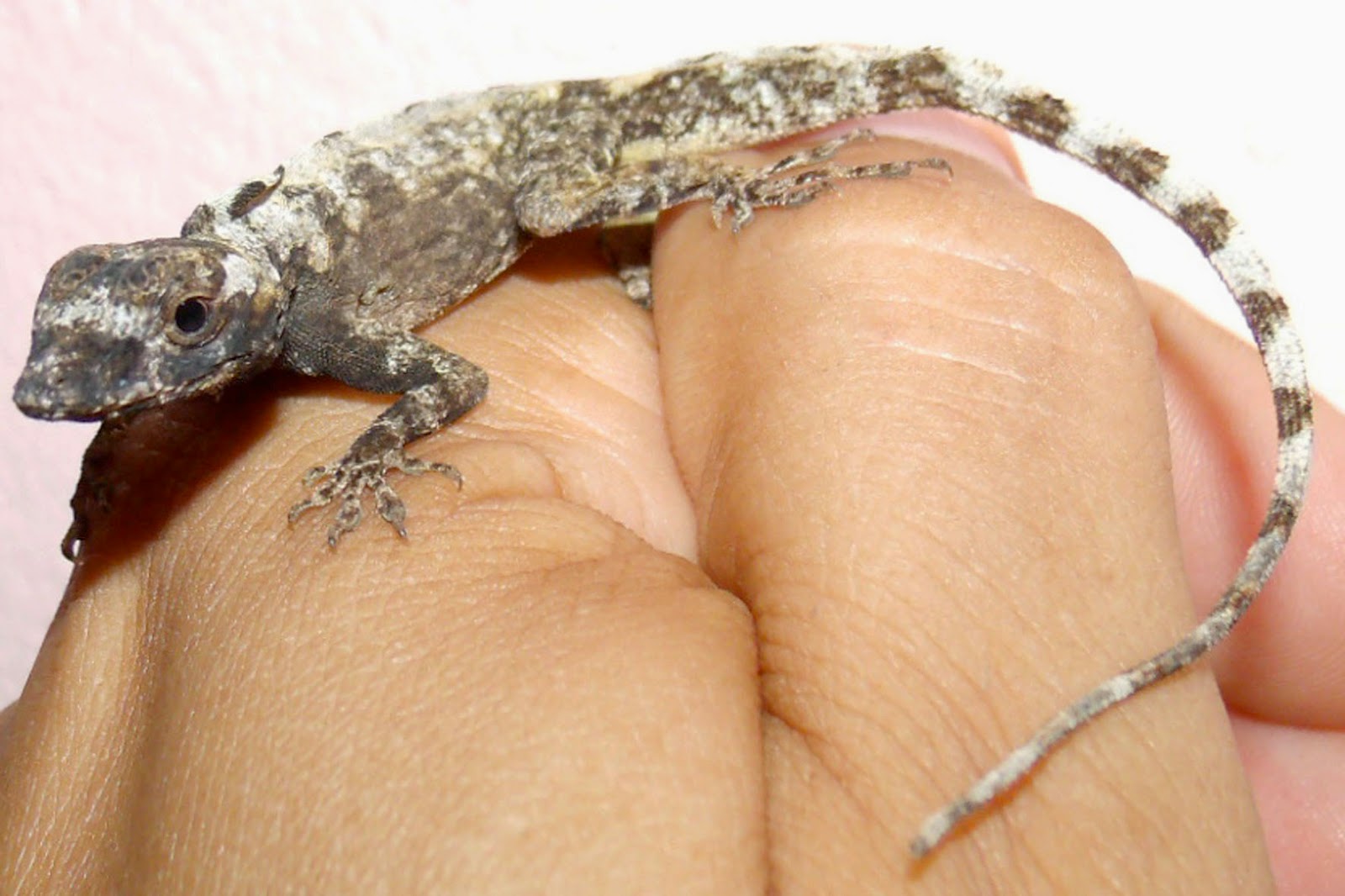 The only known specimen of Norops triumphalis. John Phillips in Nicholson & Köhler (2014).

The specimen is 54.4 mm in length and has a ‘lichenous’ body pattern of mottled grey, with a distinctive and very large yellowish orange dewlap (a mating display structure on the throat of Anole Lizards, which often has species specific colouration). It can also be differentiated from other members of the group by the shape and distribution of its scales. 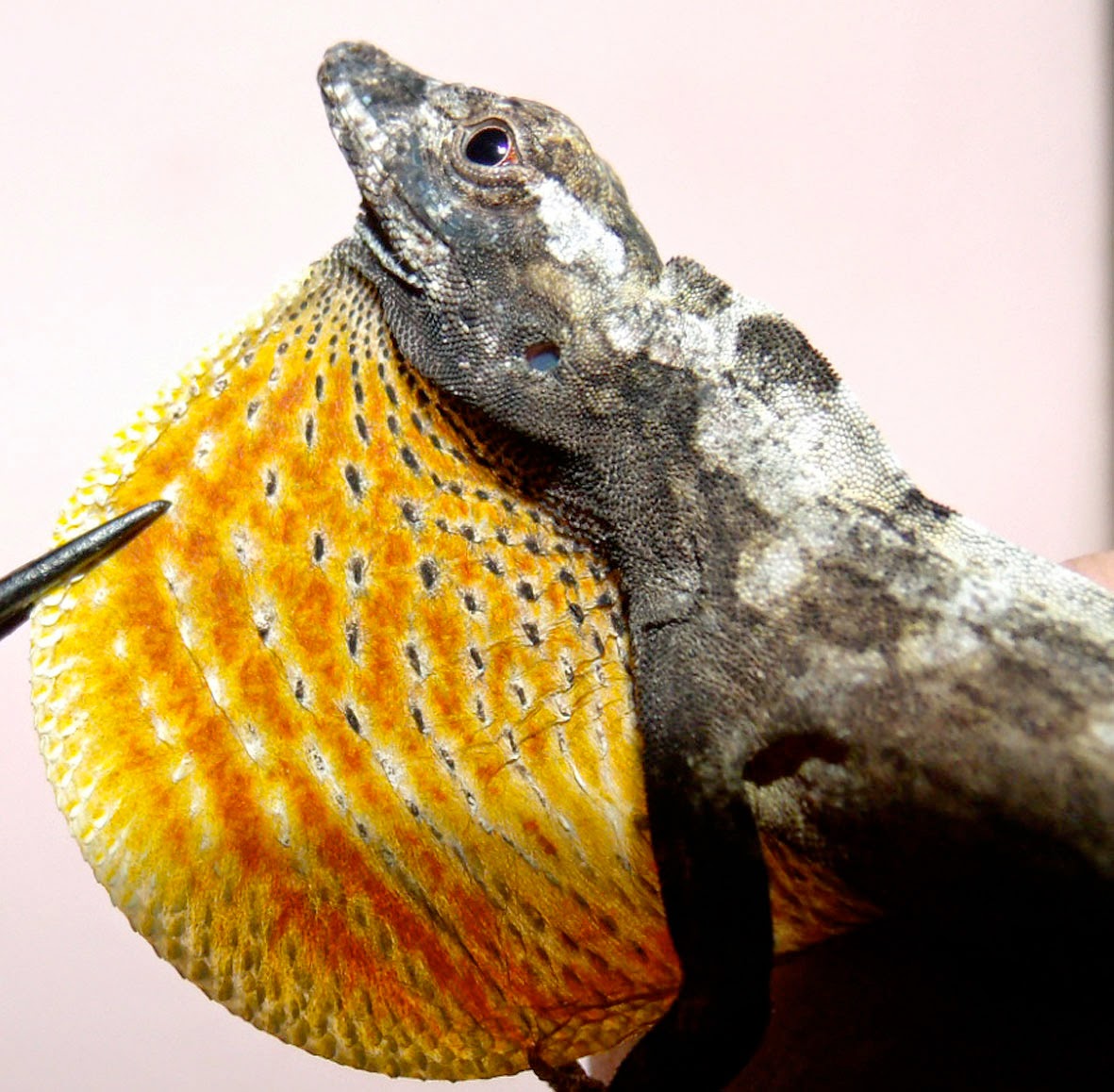 The Lizard was captured crossing a paved road passing through an area of pasture, comprising thick grass, beside a mountain, which is the location of the Filo del Tallo Park. The area is agricultural and apparently used for Cattle grazing (though no Cows could be seen at the time when the Lizard was collected), and is a few hundred meters from a cluster of residences. 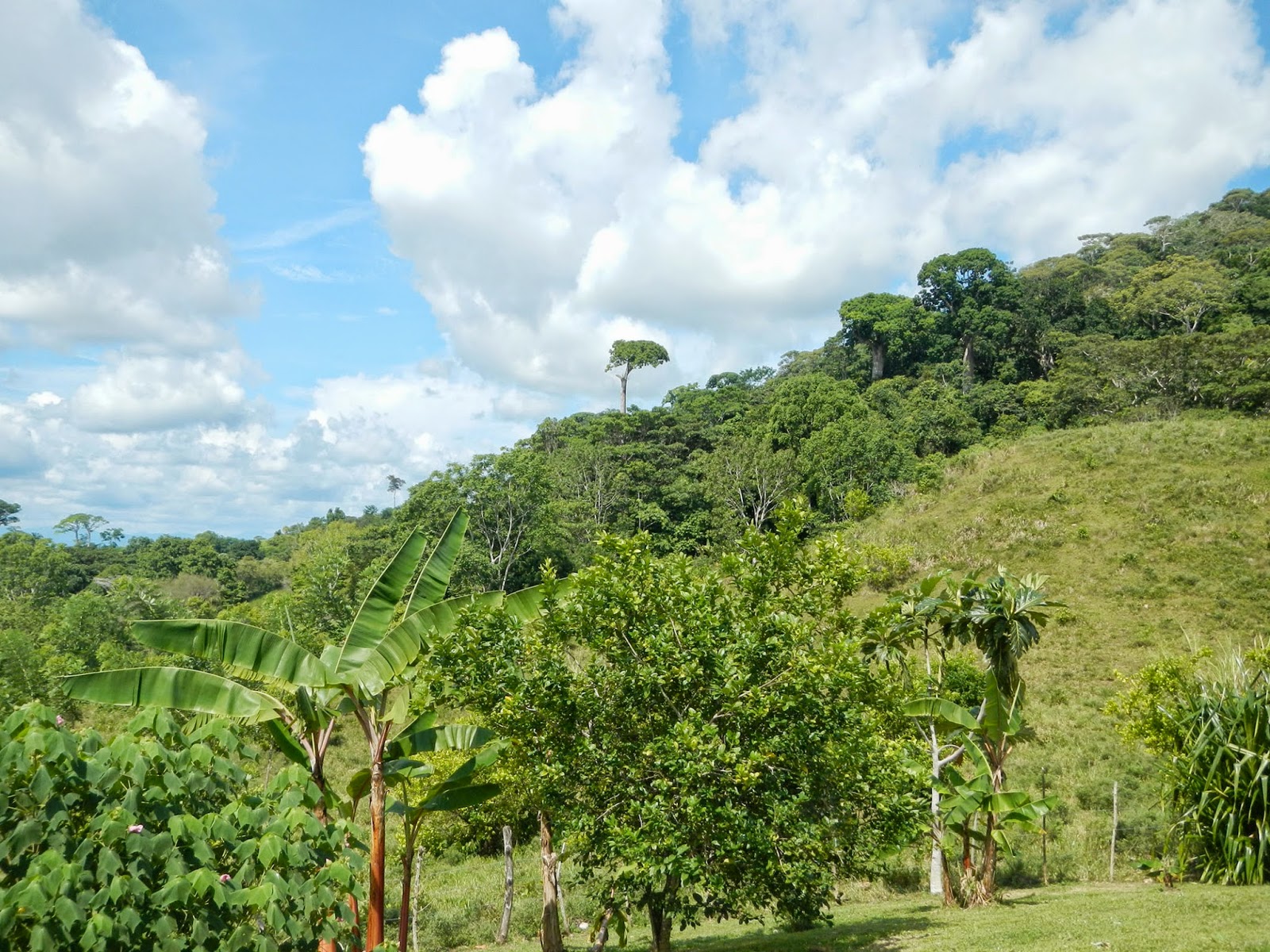 Habitat at the locality where Norops triumphalis was collected. David Laurencio in Nicholson & Köhler (2014).

Four new species of Treerunner from northern South America.
Treerunners of the genus Plicaare Iguanid Lizards found in South America east of the Andes. They are medium sized, conspicuous...