Pueraria grandiflora, a new species of Kudzu from the dry valleys of Sichuan and Yunnan.

Kudzus, Legumes of the genus Pueraria, are found across tropical and East Asia. They are noted for the large tubers they produce, which help them store water for dry periods and which are edible in some species. One species, Pueraria montana, is used in traditional Chinese medicine, and has been introduced to parts of North America, where it is considered a highly invasive pest. Of about twenty previously described species, ten are found in China and three are considered endemic (i.e. not found anywhere else).

In a paper published in the journal Phytotaxa on 25 March 2015, Bo Pan of the Centre for Integrative Conservation at the Xishuangbanna TropicalBotanical Garden of the Chinese Academy of Sciences, Bing Lui of the State KeyLaboratory of Systematic and Evolutionary Botany at the Institute of Botany of the Chinese Academy of Sciences and Zhi-Xiang Yu and Young-Qiong Yang of the Panzhihua Cycad Nature Reserve describe a new species of Kuzhu from Sichuan and Yunnan Provinces in China.

The new species is named Pueraria grandiflora, in reference to its large flowers, which range from 22-25 mm in length, no other known member of the genus having flowers that exceed 22 mm, and many being as small as 8 mm. It is a liana (woody climber) reaching 3-8 m in height, producing ovoid tubers on its roots up to 9 cm in length. The flowers are purple and produced in June to September, beans are produced in August to October. 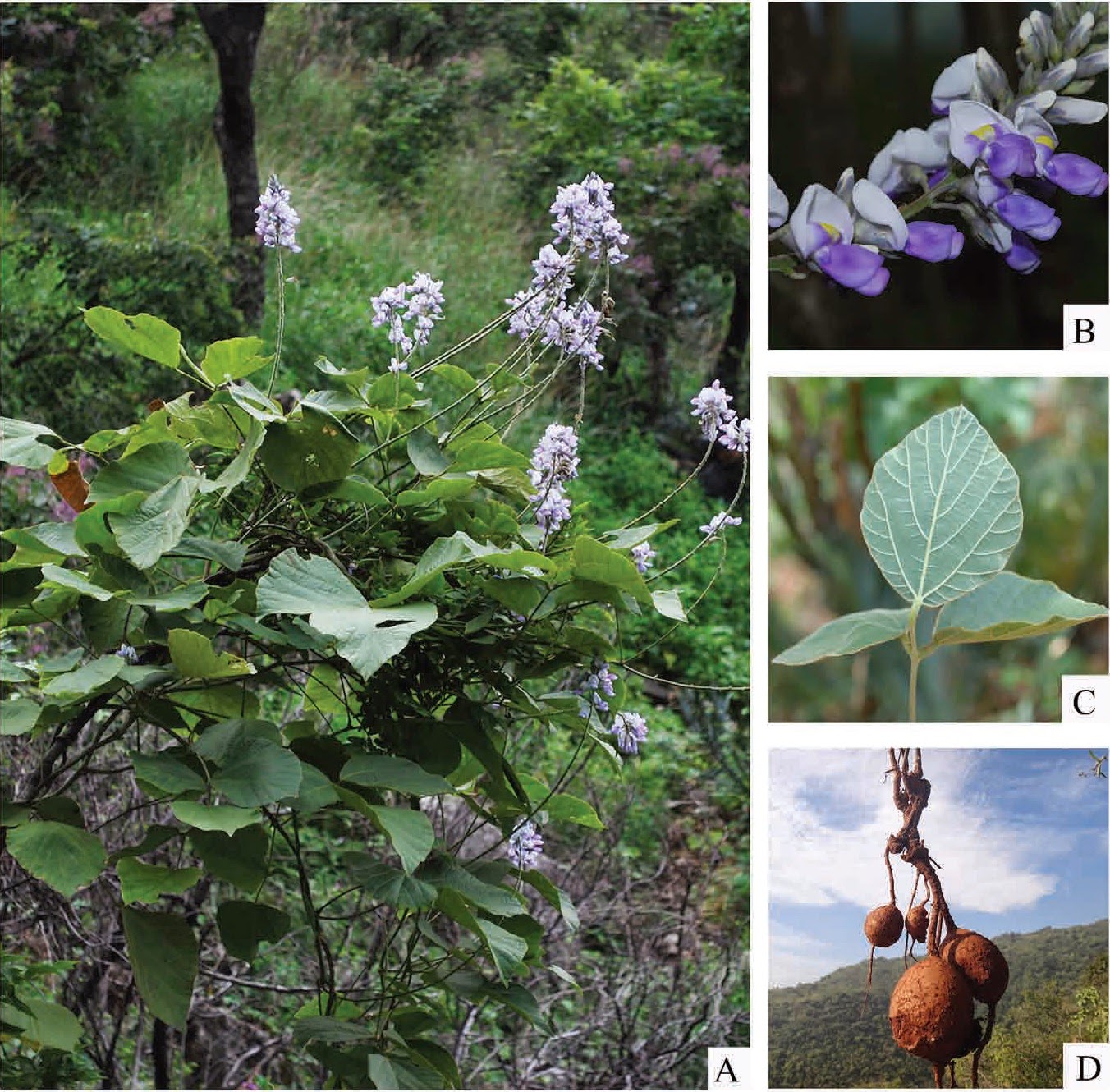 Pueraria grandiflora has been found growing in the Jinsha and Red River Valleys in the East Himalaya and Hengduan Mountains of Sichuan and Yunnan Provinces, at altitudes of between 700 and 1600 m. These valleys are typified by a hot, dry climate with a savannah vegetation and a strong foehn effect (warming and drying caused by a dry wind in the rain-shadow of a mountain or mountain range). It was found growing on rocks and mountain slopes, creeping on thickets and small trees or growing on open ground. To date it has been found in only six locations, making its true distribution unclear, and it is listed as being Data Deficient under the terms of the International Union for the Conservation of Nature’s Red Listof Threatened Species. 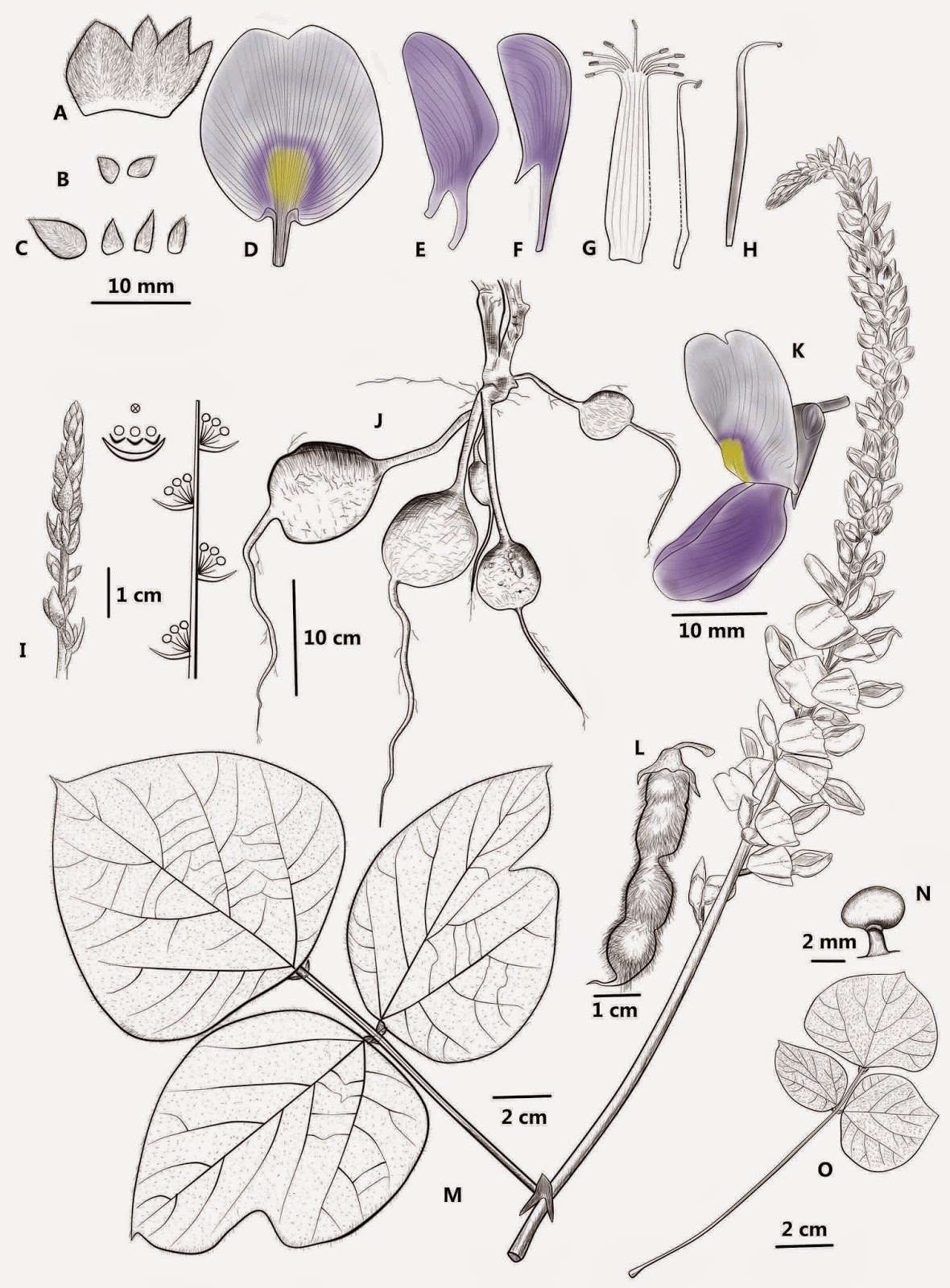 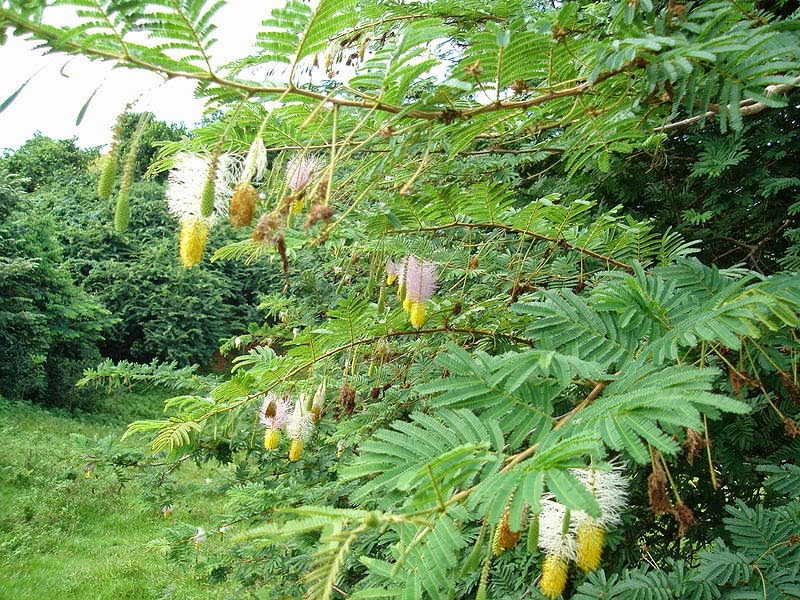 The impact of an invasive native shrub on semi-arid cattle rangelands in Zimbabwe.
The term ‘invasive species’ is most commonly associated with species which have been introduced to new areas by human activity (such as Eurasian species in Australia), but also applies to species that have been able to expand to new areas within their native... 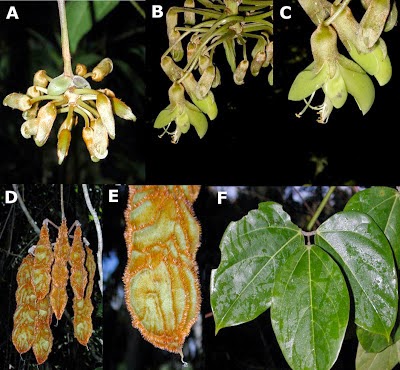 New species of Ox-eye Bean from Costa Rica and Panama.                                     Ox-eye Beans (or Dear-eye Beans, or Hamburger Seeds) are Legumes in the genus Mucuna, found throughout the tropics. They get their common names from the three-layered structure of their seeds, which resembles the eye of a large Mammal (or a hamburger). These seeds are sea-beans; they are capable...
Follow Sciency Thoughts on Facebook.