Aphids are small members of the Insect Order Hemiptera (True Bugs) which feed by sucking sap from host Plants. They are often considered serious agricultural pests due to their very high reproduction rates, which can lead to them overwhelming plants rapidly and makes them very hard to eradicate. Most Aphids are alate (wingless) viviparous females, which are capable of giving birth to clones of themselves, which are very close to the adult stage and can feed immediately and give birth to new clones within weeks or sometimes days. At the end of summer Aphids produce a sexual generation, comprising ovivaporous (egg laying) females which lay eggs, the overwintering stage. The eggs hatch the next spring producing apterous viviparous females and males, which disperse in search of new host plants, mate and give birth to live wingless females, beginning the cycle again.

In a paper published in the journal Zootaxa on 17 February 2015, Juan Nieto Nafría, Marta Aldea and Marta Castro of the Departamento de Biodiversidad y Gestión Ambiental at the Universidad de León describe a new species of Aphid from southern Spain and southeastern France. 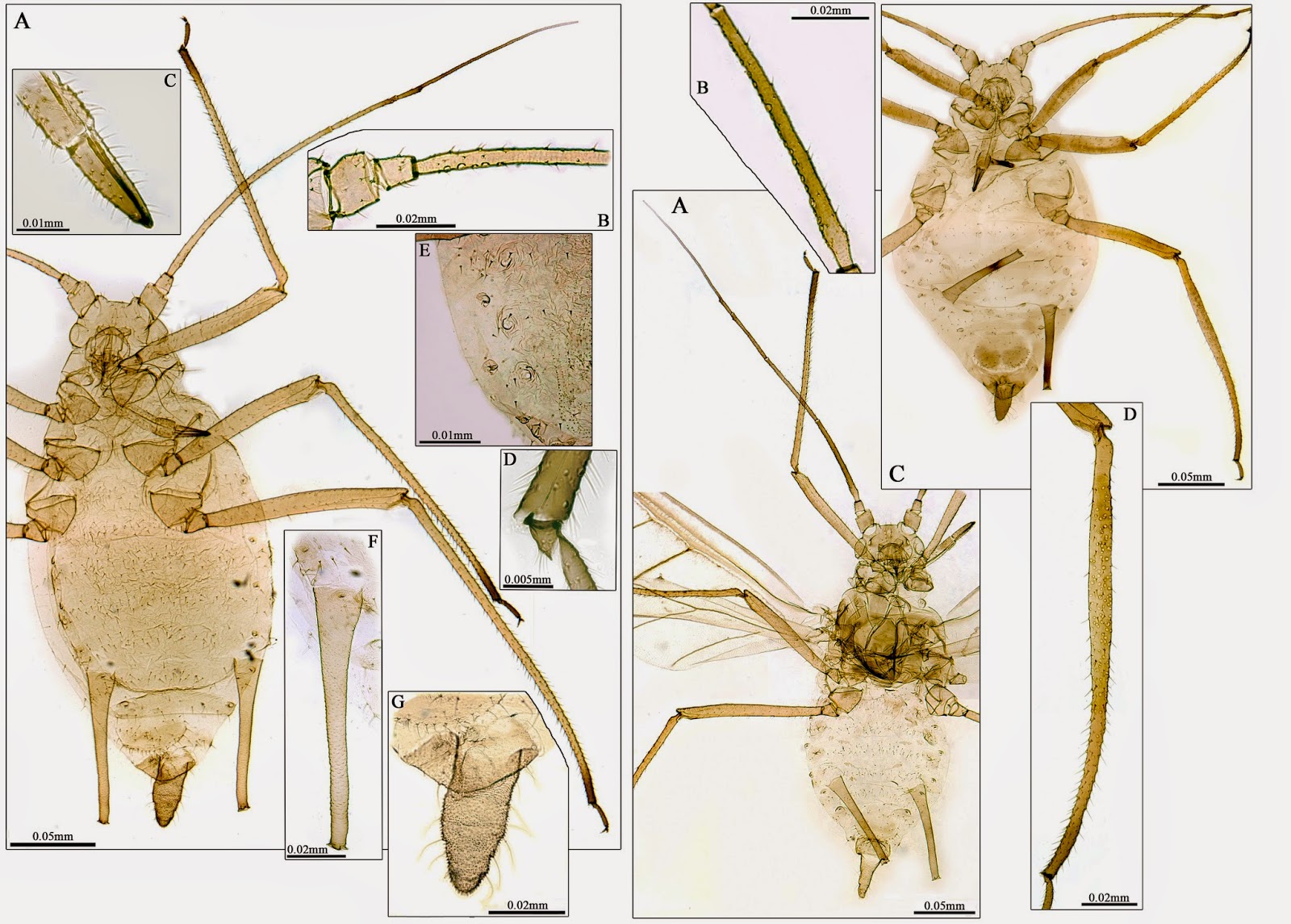 A new species of Fern-feeding Aphid from Thailand.
Aphids are small Hemipteran Insects (True Bugs) that live on plants, draining sap with specialized mouthparts. They can reproduce extremely rapidly as they are...