Two homes have been evacuated in the town of Florence in Burlington County, New Jersey, following a landslide on Sunday 19-Monday 20 April 2015 which saw parts of the gardens of the properties fall into the Delaware River. The homes remained occupied for three days after the event, but have now been evacuated after Burlington County Engineers inspected the site by boat from the river, and concluded that it was unsafe for the residents to remain. 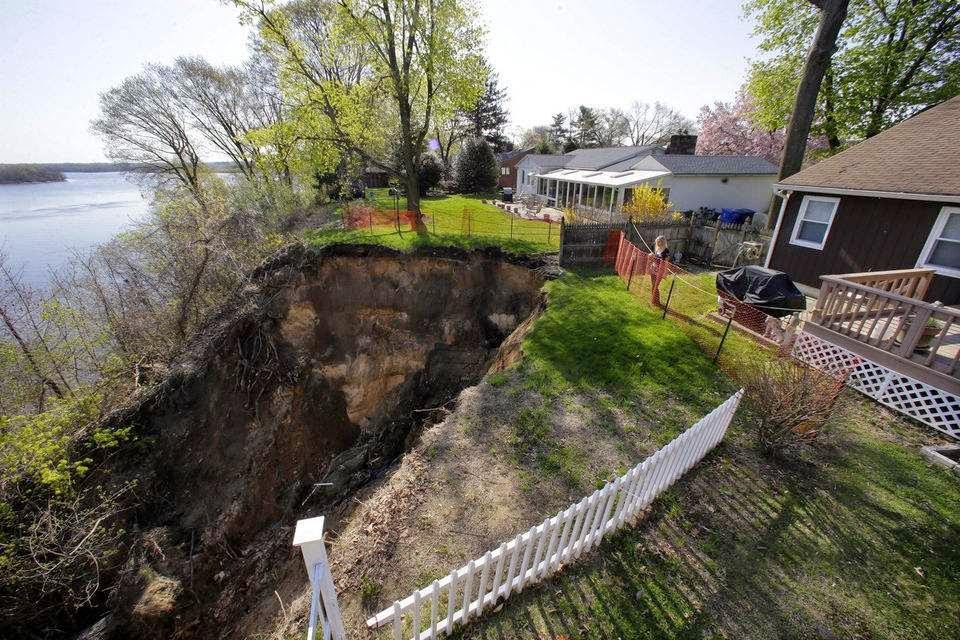 The county engineers have linked the landslide to a high water table at the moment, due to high rainfall in the upper Delaware river basin. Landslides are a common problem after severe weather events, as excess pore water pressure can overcome cohesion in soil and sediments, allowing them to flow like liquids. Approximately 90% of all landslides are caused by heavy rainfall. However the residents are unconviced to this, and belive that the event may have been caused by the collapse of a disused sewer sytsem, which ran beneath the properties and to the river. This was capped in the 1980s, but has apparently been seen gushing water earlier this week, sugesting that it may have been breached, forming a sinkhole-like structure (basically a void into which overlying sediments collapsed) close to the cliff, which in turn triggered the landslide. One of the families affected by the landslide had already been in dispute with Burlington County about this, and is now seeking to engage their own engineer to investigate the problem. 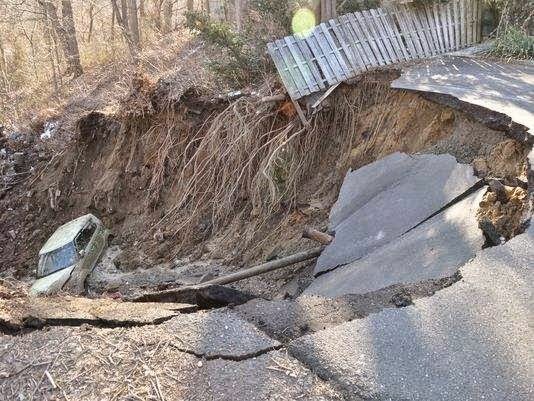 Snow plow swallowed by sinkhole in New Jersey.
A snowplow was swallowed by a sinkhole in a road in Lopatcong, New Jersey, at about 7.30 am local time on Tuesday 17 February 2015. The driver of the plow...
Follow Sciency Thoughts on Facebook.