Azhdarchid Pterosaur cervical vertebra from the Late Cretaceous of the Haţeg Basin in Transylvania.

Azhdarchids were long-necked, toothless Pterosaurs, which came to dominate Pterosaur assemblages in the Late Creataceous. They were large animals, often with wingspans in excess of 10 m, and appear to have favoured fully terrestrial environments (unlike many earlier Pterosaurs which lived in coastal environments).

The specimen is an almost complete cervical vertebra, slightly crushes at its posterior end and lacking a condyle. It is 89 mm in length, but was probably about 97-100 mm long when complete. 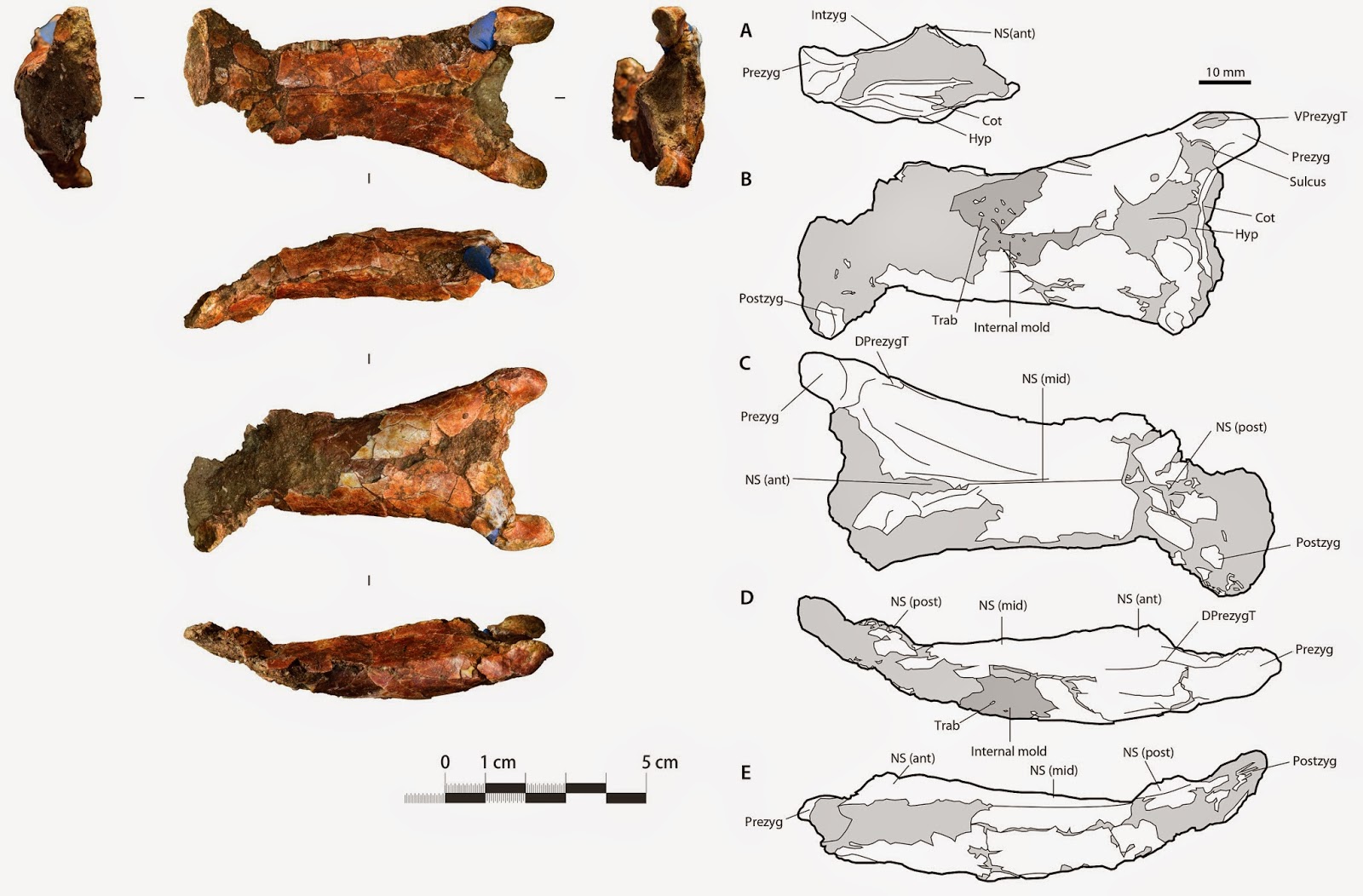 The cervical vertebrae of Azhdarchid Pterosaurs are morphologically distinct; it is possible to identify the position of a vertebra from the neck of one of these animals by its shape. The specimen does not appear to have come from any previously described species, but by comparison to other members of the group feel that it is most likely to be the fourth vertebra (counting backwards from the skull).

While Vremir et al. believe the specimen to come from a previously described species of Pterosaur, they refrain from describing it as a new species due to the fragmentary nature of the material. It appears to have belonged to an individual smaller than any previously described species from the Haţeg Basin, with a shorter and stouter neck (which would have enabled it to take different prey). However it is also apparently from a young animal, and young Azhdarchid Pterosaurs are known to have had shorter necks than mature adults (unlike Birds, Pterosaurs took several years to reach maturity, and were capable of flying long before they reached their full size), and the fourth vertebra is not known in many Azhdarchid species, making direct comparison to other specimens difficult.

A three dimensionally preserved Pterosaur egg from the Early Cretaceous of Argentina.

A fossil Pterosaur from the Early Cretaceous of Liaoning Province, China.
Among the many remarkable fossils of the Jehol Biota Lagerstätte of northeast China a number of well preserved Pterosaurs have been discovered. One of these, Feolongus youngi, from the Yixian Formation of western Liaoning Province, is thought to have been...