Siboglinid Worms are a distinctive group of Annelids which lack mouths and digestive tracts in their adult phases, instead being entirely dependent on symbiotic Bacteria which live within their tissues for nutrition. Members of the genus Osedax have a particularly novel lifestyle, even for Siboglinids, as they burrow into the bones of large vertebrates (principally Whales) on the seafloor with specialized root-lie structures on their tails, which enable them to extract collagen and lipids from the bone, these being metabolized by the symbiotic Bacteria. The foreparts of the Worms extend into the water column, and are crowned with respiratory palps.

The oldest known Osedax traced described to date come from Whale bones from the Oligocene. Attempts to determine when the Osedax Worms split from other members of the group using molecular dating techniques (which measure the rate of mutation on strands of non-coding DNA) have yielded two very different results; either the group appeared about 45 million years ago during the Eocene, at about the same time as Whales were first colonizing the seas, of they appeared 125 million years ago during the Cretaceous, long before the appearance of Whales, but in a time when a great variety of large Marine Reptiles could be found in the seas.

In a paper published in the journal Biology Letters on 15 April 2015, Silvia Danise of the School of Geography, Earth and EnvironmentalSciences at Plymouth University and the Department of Geology at the Universityof Georgia, and Nicholas Higgs of the Marine Institute at Plymouth University describe two instances of what appear to be Osedax traces on the bones of Marine Reptiles from the Late Cretaceous of England.

The first example comes from a Plesiosaur humerus from the Cambridge Greensand Member, which is thought likely to have been reworked from the older Gault Formation, making it about 100 million years old. This specimen has a heavily bio-eroded area around its centre, with two individual borings on the edge of this area that strongly resemble modern Osedax traces. 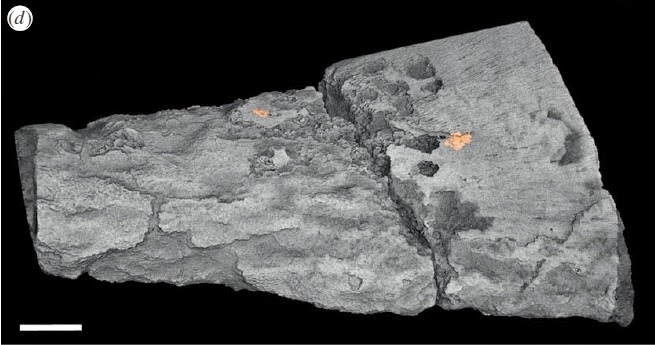 The second example comprises a rib and shell plate of a Turtle from the Grey Chalk Subgroup at Burham in Kent. The shell plate is heavily eroded, with some intact burrows which Danise and Higgs identify as Osedex traces. The rib has a series of 15 tubular excavations, which are also attributed to Osedex. 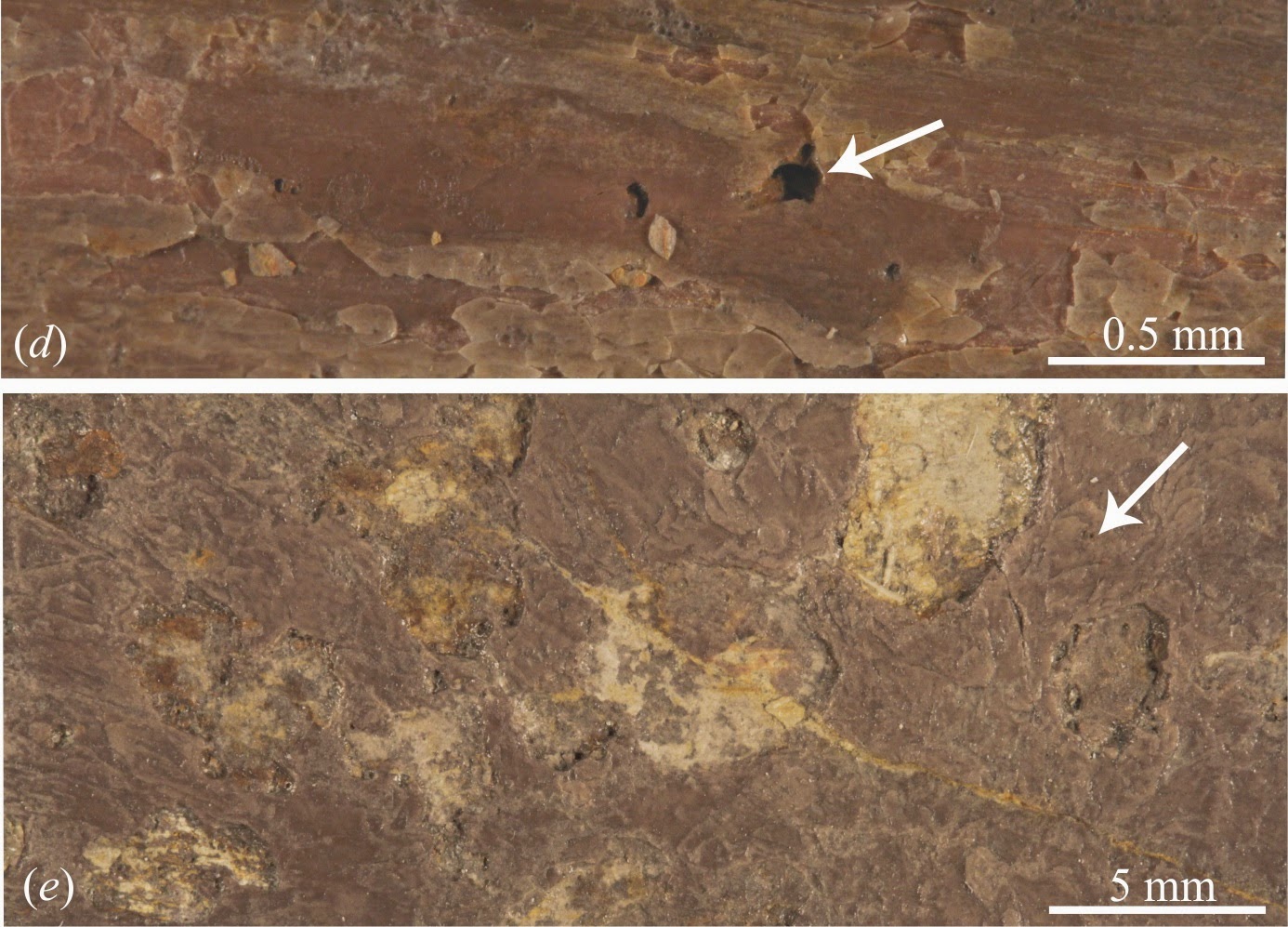 If these results are correct then they confirm the presence of Osedex Worms in the seas of the Late Cretaceous, and offer an explanation into how these Worms survived between the extinction of most of the Mesozoic Marine Reptiles at the end of the Cretaceous, and the appearance of the first Whales in the Eocene, roughly twenty million years later. Unlike other groups of Marine Reptiles, Turtles survived the End-Cretaceous Extinction and underwent a significant evolutionary radiation during the Palaeocene, when they appear to have lacked either large rivals or predators. Turtles typically have a significant amount of dense bone, and would provide a good source of nutrition for Osedex Worms in the absence of Whales or other large Marine Tetrapods.

A new species of Earthworm from Spain Earthworms play a major role in the formation of soils in many parts of the world (though soils can and do form in there absence), ingesting and breaking larger... 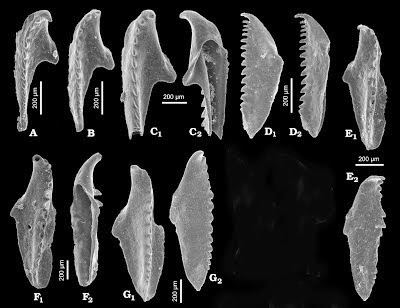 Two new species of Scolecodont from the Early Devonian of the Ukraine.               Scolecodonts are the fossilized remains of the chitinous teeth and jaw elements of Polychaete Worms. They are described as species since preservation of entire Worms more-or-less never happens. Scolecodonts are known in the fossil record from the Cambrian...
Follow Sciency Thoughts on Facebook.