Latiblattella avita; a fossil Cockroach from the Middle Eocene of northwestern Montana.

Despite being considered ubiquitous urban pests in many parts of the world, Cockroaches, Blattaria, are one of the smallest groups of extant Insects, with only about 5000 described living species. On the other hand the group have a long fossil record, dating back to the Palaeozoic, and modern Cockroaches are an extremely diverse group, with eusocial, jumping, aquatic, pollinating, troglobitic (cave dwelling) and bioluminescent species all known, suggesting modern Cockroaches may be relicts of a much more diverse group.

In a paper published in the journal Palaeontologica Electronica in April 2015, Dale Greenwalt of the Department of Paleobiology at the National Museum of Natural History and Ľubomír Vidlička of the Instituteof Zoology at the Slovak Academy of Sciences and the Department of Zoology at ComeniusUniversity describe a new species of fossil Cockroach from the Middle Eocene Kishenehn Formation of northwestern Montana.

The new species is placed in the modern genus Latiblattella and given the specific name avita, meaning ancient or ancestral. The specimen comprises a forewing and leg preserved on a piece of oil-shale recovered from the Dakin Site on the Middle Fork of the Flathead Rivernear Pinnacle, Montana. The forewing is 15.1 mm in length, and as with many Insect groups Cockroaches are typically classified by the venation of their wings, so Greenwalt and Vidlička are confident with the assignment of the fossil. 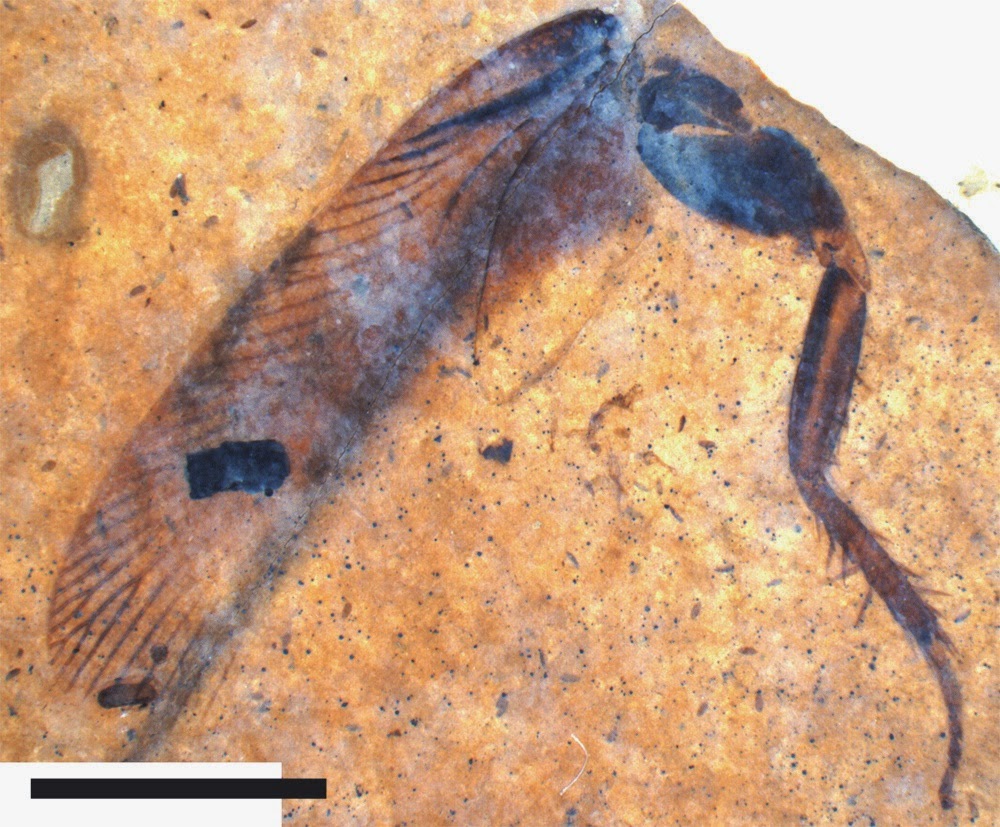 Modern members of the genus Latiblattella are extremely diverse, with species known that dwell in cracks in the bark of Pine trees, in Spanish Moss and regular Bromeliads, in the flowers of Yuccas and along the banks of rivers. The single known specimen of Latiblattella avita was discovered in a lake deposit, and appears to be the result of a predation event (i.e. it was dropped by a Bird or other predator consuming the body of the animal). This makes it impossible to determine the environment occupied by the living animal, though the diverse range of habitats in which modern members of the genus are found does imply that the common ancestor of all its members did live a long time ago, so an Eocene specimen is not a surprise. Modern members of the genus are known from Central America, Cuba, Mexico, the Bahamas, Florida and Arizona, all considerably to the south of Montana, and suggesting that the group requires a warmer climate than is found in Montana today, which is consistent with the warmer climates known to have existed in the Eocene.

Only one modern Cockroach genus has fossils known from the Cretaceous, but many have now been found in Eocene deposits, suggesting that the group underwent a significant expansion in the aftermath of the End Cretaceous Extinction. Interestingly many of these genera show the same pattern as Latiblattella, with fossil specimens from what are now temperate areas of North America and living members restricted to the American tropics, suggesting that the modern distributions of many Cockroaches have been determined by cooling climates in the Quaternary. 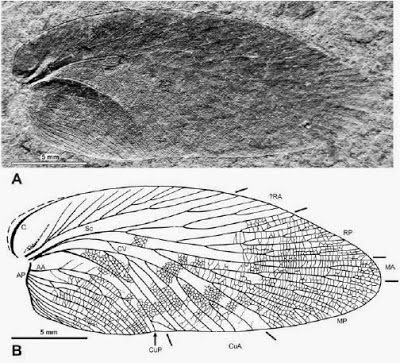 A fossil Cockroach from the earliest Late Carboniferous of the Ningxia Hui Autonomous Region of northwestern China. Cockroaches (Blattodea or Blattida) are highly successful non-metamorphic Insects (i.e. their young resemble the adults, there is no distinctive larval stage with a separate morphology) related to Termites and Mantises. Cockroaches are found across the globe, but... 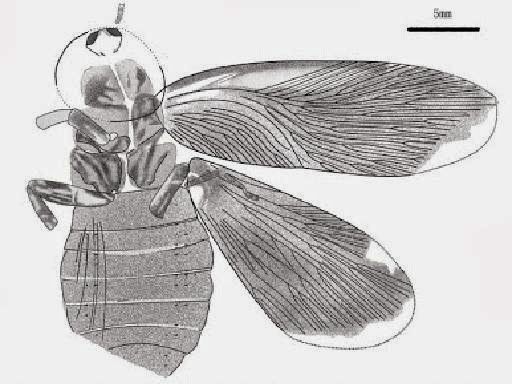