The City of Flint, in Genesee County, Michigan, has declared a stare of emergency, following an outbreak of lead poisoning in the city. Mayor Karen Weaver made the declaration on 15 December 2015, effectively declaring that local authorities are unable to cope with the scale of the crisis and that help is needed from federal authorities. A declaration of this nature is unusual for an event of this kind, such declarations are mire usually declared in response to events such as floods or Earthquakes, and it is unclear what steps federal authorities can take, although the Federal Emergency Management Agency (FEMA) has begun distributing bottled water in parts of the city. 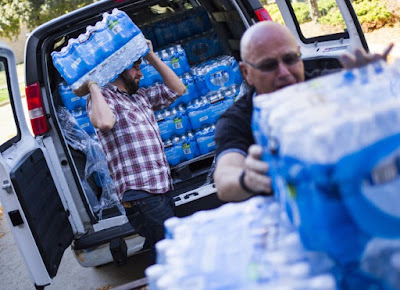 The crisis began in April 2014, when the city changed the source of its water from the Detroit River to the Flint River, the first stage of a project eventually intended to source water from Lake Huron via a new pipeline. However almost immediately people began to complain of a reduction in water quality, reporting that the water was cloudy in colour and gave off a foul odor. Cases of lead poisoning began to be reported in the city in April 2014, with tests showing dangerously high levels of lead in the blood of 15% of children in parts of the city. Shortly thereafter state officials found water in the city also contained dangerously high levels of trihalomethanes.

Lead poisoning can cause a variety of health problems, including kidney damage, high blood pressure, anemia, hypertension, damage to the immune and reproductive systems and even more worryingly reduced intelligence, lower attention spans and behavioral problems. Children are affected more severely than adults, and because the lead is rapidly distributed to the organs and cannot be expelled by the body, the condition is effectively permanent and incurable. This means that in addition to the immediate health crisis, Flint is likely to suffer a long tern need for additional special education resources, mental health services and a more adaptable juvenile justice system. Because the level of exposure to lead in Flint has largely been linked to peoples ability of afford bottled water these problems are likely to affect poorer citizens, who are also likely to find it harder to access education, healthcare and representation within the  justice system.

Trihalomethanes are thought to be carcinogenic (cause cancer) and has been linked to a variety of other health problems, and can be absorbed dermally (through the skin), so that drinking bottled water will lower but not prevent exposure.

High levels of lead have not been found in the Flint River, neither have they been detected at the water processing plant which treats water from the river. However the water is slightly acidic, and appears to be corroding piping within the city, releasing lead compounds from older lead pipes and trihalomethanes from more modern plastic pipes. This makes it likely that in to addition to the pollution and healthcare crisis in the city, there is likely to be damage to much of the city's water distribution system with  areas of acid damaged piping to be replaced.

The agency responsible for the switch in water supply was the Michigan Department of Environmental Quality, and this agency has been widely blamed for the ensuing crisis. Current US legislation requires that water supplying agencies actively control levels of lead in water supplied for domestic use, including lead from corrosion of pipes.Such agencies are also obliged to monitor the acidity of water supplied, which should provide an early warning for problems such as those that have occurred in Flint. Neither of these requirements appears to have been met by the Michigan Department of Environmental Quality, and when outside agencies began to raise concerns officials from the department challenged the findings rather than acting on the information. This has led to a class action being brought against the City of Flint, the State of Michigan and several named officials, and calls for the federal Environmental Protection Agency to investigate the Michigan Department of Environmental Quality. 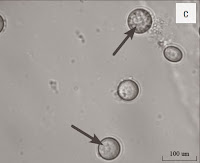