The Lavender industry of Provence generates about 30 million euros per year, directly employing around 10 000 people on about 2000, and employing a further 20 000 indirectly. The Lavender farms are also a major draw to tourists, with the tourism industry generating another $1.7 billion per year in the region. Two main plants are used in the industry, True Lavender, Lavandula angustifolia, and Lavandin, Lavandula x intermedia, which is a hybrid between True Lavender and Aspic Lavender, Lavandula latifolia. Lavandin has a stronger odour that True Lavender as well as producing a higher yield, with about 80% of Lavender fields actually planted with Lavandin. Two wild forms of Lavender, Lavandula stoechas and  Lavandula spica are also known from the region. These are not grown commercially, and are a known reservoir of pathogens for commercial Lavender, which is susceptible to Insect such as Mealybugs and Plant Midges, as well as to Insect-born diseases.

In a paper published in the journal Zootaxa on 1 July 2015,  Jean-François Germain of the unité Entomologie et Plantes Invasives at the Laboratoire de la Santé des Végétaux, Daniele Matile-Ferrero of the Département de Systématique & Evolution at the Muséum nationald’Histoire naturelle, Bora Kaydan of the Imamoglu Vocational School at Çukurova Üniversity, Thibaut Malausa of the Institut Agrobiotech at University of Nice Sophia Antipolis and DJ Williams of the Department of Life Sciences, The NaturalHistory Museum describe a new species of Mealybug found to be attacking and damaging Lavandin Plants in the Drôme Department of Provence, which is the heart of the Lavender industry.

The new species is placed in the genus Dysmicoccus and given the specific name lavandulae, in reference to its host plant. The species is described from 35 adult and six subadult specimens, all female. The specimens are greyish in colour, and 1.44-2.96 mm in length, No males could be located, but the species appears to reproduce sexually so they are likely to be present. 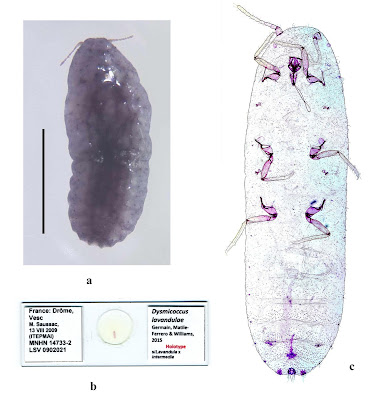 This new species is notably elongate for a Mealybug feeding on broad-leaved plants (some species living and feeding within grass stems are longer. It lives on the spike and flower buds, feeding at the base of these and causing leaf distortion which damages the crop. After the Lavender is harvested surviving Mealybugs migrate downwards, attacking the lower stems or even roots. 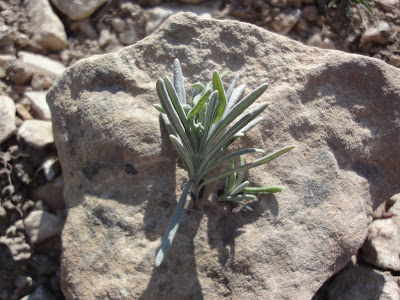 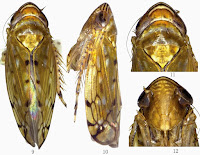 A new species of Leafhopper from Yunnan Province, China.                                 Leafhoppers, Cicadellidae, are small True Bugs, Hemiptera, closely related to Cicadas. They feed by draining sap from plants through modified needle-like mouthparts, and can reach very high densities on... 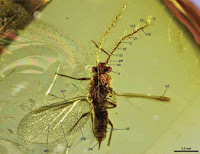 Scale Insects are Hemipteran plant-parasites, closely related to Aphids. There are over 7900 living species, as well as an extensive fossil record, dating back to the Early Cretaceous. Most of the taxonomy of recent...
Follow Sciency Thoughts on Facebook.