Car and occupants swallowed by sinkhole in Oklahoma City.

A car with two female occupants was swallowed by a sinkhole that opened up suddenly in central Oklahoma City on Thursday 5 September 2013. The sinkhole was described as being about 6 m wide and filled with water, and is thought to have formed due to a burst water main which washed away sediments beneath the road. Both occupants of the car were able to escape safely through a rear window of the vehicle. 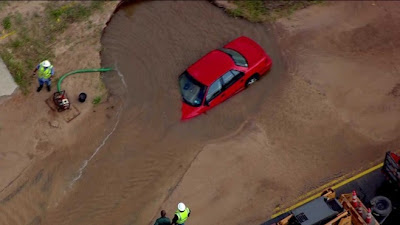 Car trapped in a sinkhole in central Oklahoma City on Thursday 5 September 2013. KFOR-TV. 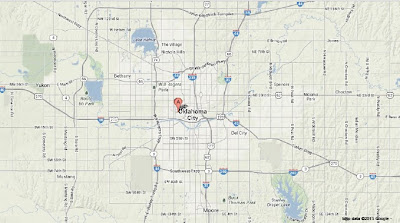