The Instituto Nacional de Sismologia, Vulcanologia, Meteorologia, e Hidrologia in Guatemala report a pyroclastic flow (avalanche of hot ash, rock and gas) on Mount Fuego, an active volcano in the south of the country, at about 6.00 am local time (around noon GMT) on Monday 2 September 2013. The volcano has been producing small lava flows and rockfalls around the summit for several weeks, but this was a considerably larger event, reaching 2 km down the mountain and accompanied by a 3.6 km ash column. 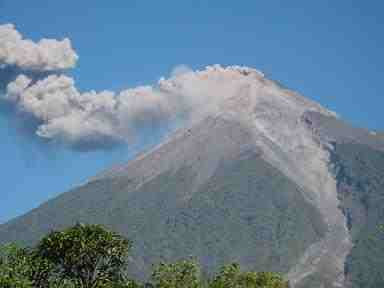 The volcanoes of Guatemala, and Central America in general, are fed by the subduction of the Cocos Plate beneath the Caribbean Plate along the Middle American Trench, which runs roughly parallel to the southwest coast of the isthmus. As the Cocos Plate sinks into the Earth, it passes under Central America, which lies on the western margin of the Caribbean Plate. As this happens it is heated by the friction and the heat of the planet's interior, causing the sinking plate to partially melt. Some of the melted material then rises through the overlying Caribbean Plate as magma, fueling the volcanoes of Central America. 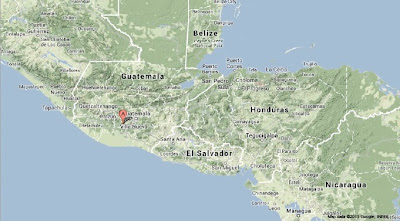 See also Eruptions on Santa María Volcano, Guatemala, Magnitude 6.2 Earthquake beneath Guatemala, Eruption on Mount Pacaya and Earthquake off the coast of Guatemala.