A cleanup operation is under way after a pipeline carrying crude oil from Bakersfield to Texas burst in the Atwater Village area of northeast Los Angeles at about 0.15 am local time on Thursday 15 May 2014. Witnesses reported seeing oil spurting 5 m into the air, before raining down on the streets, where in places it was 'knee deep'. The spill caused the closure and evacuation of five local businesses, including a pharmaceutical plant opperated by Baxter Healthcare, from where two workers were treated for inhalation of fumes, and a nearby stripclub. 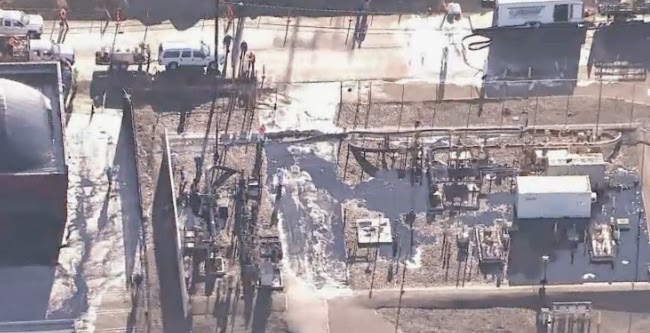 An oil slick in the Attwater Village area of Los Angelese following the 15 May 2014 pipeline failure. NBC Los Angeles.

The US has suffered a number of oil spills from its transportation network in recent months, which oil industry representatives cite as evidence for a need to expand and renew the country's aging network of oil pipelines. Pipelines are undoubtably safer than moving oil by other methods (such as trucks, trains or barges), however a number of large spills from aging pipes have damped public enthusiasm for such projects, and environmental groups frequently express concerns that new pipeline networks will tie the country into dependence on oil for the foreseeable future, at a time when they believe it ought to be diversifying its energy sources, and embracing more renewable technologies such as solar and wind generated electricity. 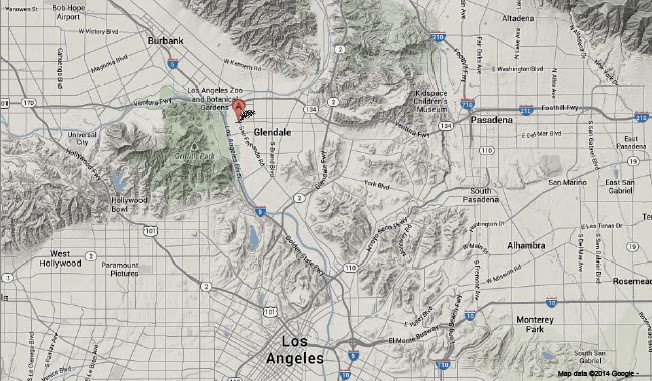 The approximate location of the 15 May 2014 Attwater Village pipeline failure. Google Maps.

A cleanup operation is underway at Parleys Canyon in Salt Lake...

Secret fracking off the coast of California.

It emerged this week that hydraulic fracturing (fracking) has been in regular use in the oil fields of the Santa Barbara Channel off the coast of California since the late 1990s. There has been a moratorium on...

Willard Bay is a freshwater reservior seperated off from Great Salt Lake in 1964. It suplies freshwater to much of northern Utah...