Surface rebound on the Bangkok Plain.

A number of fast growing cities around the world have suffered subsidence as a result of over-extraction of water from aquifers in recent decades, in some cases resulting in severe damage to buildings and infrastructure. Many cities have attempted to mitigate this, either by regulating groundwater pumping or, in more extreme cases, deliberately pumping water back into affected aquifers. However the relationships between over-extraction, subsidence, decreased pumping and surface recovery are poorly understood, particularly as these are slow processes, where subsidence will generally persist for some time after measures to mitigate it are introduced.

In a paper published in the journal Geochemistry, Geophysics, Geosystems on 14 February 2014, Kazuya Ishitsuka of the Department of Urban Management at Kyoto University, Yo Fukushima of the Disaster Prevention Research Institute, also at Kyoto University, Takeshi Tsuji of the International Institute for Carbon-Neutral Energy Research at Kyushu University, Yasuhiro Yamada and Toshifumi Matsuoka, also of the Department of Urban Management at Kyoto University and Pham Huy Giao of the School of Civil Engineering at the Asian Institute of Technology in Pathuthani, Thailand, describe the results of a study of surface levels on the Bangkok Plain over the period November 2007 to December 2010, using the Phased Array type L-band Synthetic Aperture Radar (PALSAR) instrument on the Japan Aerospace Exploration Agency’s Advanced Land Observing Satellite (ALOS).

Bangkok is situated on an area of flat lowlands close to the Chao Playa River Delta. The city is located on top of a number of aquifers, and previously suffered severe subsidence due to over-extraction from two of these, the Phra Pradang, which is located at a depth of 60-80 m, and the Nakorn Luang, located at a depth of 100-140 m. In 1997 the Thai Government introduced to regulate and reduce the levels of extraction from these aquifers, since when water levels are known to have recovered, though the effect on the ground level is less certain.

A large area (about 250 km²) of the centre of Bangkok was found to be uplifting during the three years of the study. This area ran from the west bank of the Chao Playa River in the west to Suvarnabhumi International Airport in the east, the northern and southern boundaries of the uplift matching roughly the extent of urbanization on the plane. The northwest part of this area uplifted by 2-3 cm during the three years of the study period, the central part by about 3 cm and the southeastern part by about 1 cm. However to the northeast of the area of uplift was an area where subsidence was still occurring; here the ground sank by an average of 1 cm over the study period. This area is home to a large industrial complex. 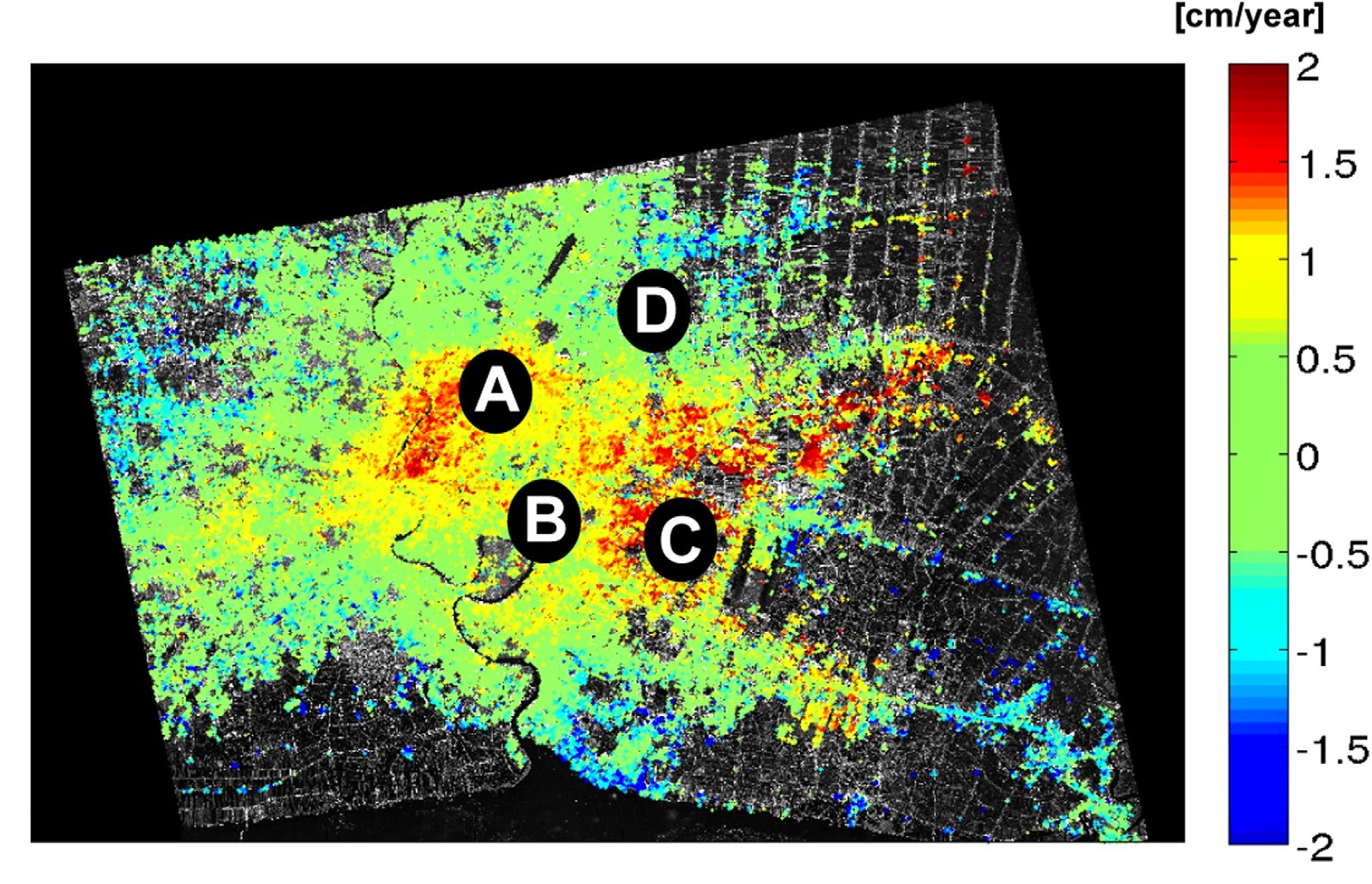 As well as detecting ongoing uplift across much of the study area, Ishitsuka et al. were able to detect strong seasonal variations in the amount of uplift occurring. This varied across the study area, but followed a predictable pattern, with the seasonal uplift beginning close to the Chao Playa River, then spreading outwards to other areas. This strongly implies that the aquifers are being filled from runoff from the surrounding plains via the river; however Ishitsuka et al. also consider an alternative scenario may be occurring, where clay particles close to the surface are swelling and shrinking due to seasonal runoff, and note that it is beyond the method used in the current study to differentiate between these alternative scenarios.

The United States Geological Survey recorded a Magnitude 6.0 Earthquake at a depth of 7.4 km in southern Chiang Rai Province in...

The popular tourist resort of Prao Bay, on Ko Samet Island off the coast of Rayong Province in Thailand has been covered by a 30 cm...

Three workers are known to have died following the collapse of a rockwall at a Thai quarry on Monday 3 June 2013, and another four...