A new species of Osmylid from the Middle Jurassic Daohugou Biota of Inner Mongolia.

Osmylids (Osmylidae) are a group of Neuropteran Insects with a fossil record dating back to the Early Jurassic and are still in existence today. They appear to have been at their most numerous and diverse in the Middle-Late Jurassic, with a number of lineages apparently disappearing at the Jurassic-Cretaceous boundary. The earliest known forms do not appear greatly different from extant species, making assessment of the groups ancestry somewhat difficult, though some specimens recovered from the Middle Jurassic Daohugou Biota of Inner Mongolia resemble the more ancient Neuropteran family Archeosmylidae, which is known only from Permian and Triassic fossils.

The new species is given the name Archaeosmylidia fusca, where ‘Archaeosmylidia’ means ‘ancient Osmylid’ and ‘fusca’ means ‘dark’. The species is described from a single nearly complete forewing; Insect forewing’s being considered highly indicative and sufficient for the erection of new species. 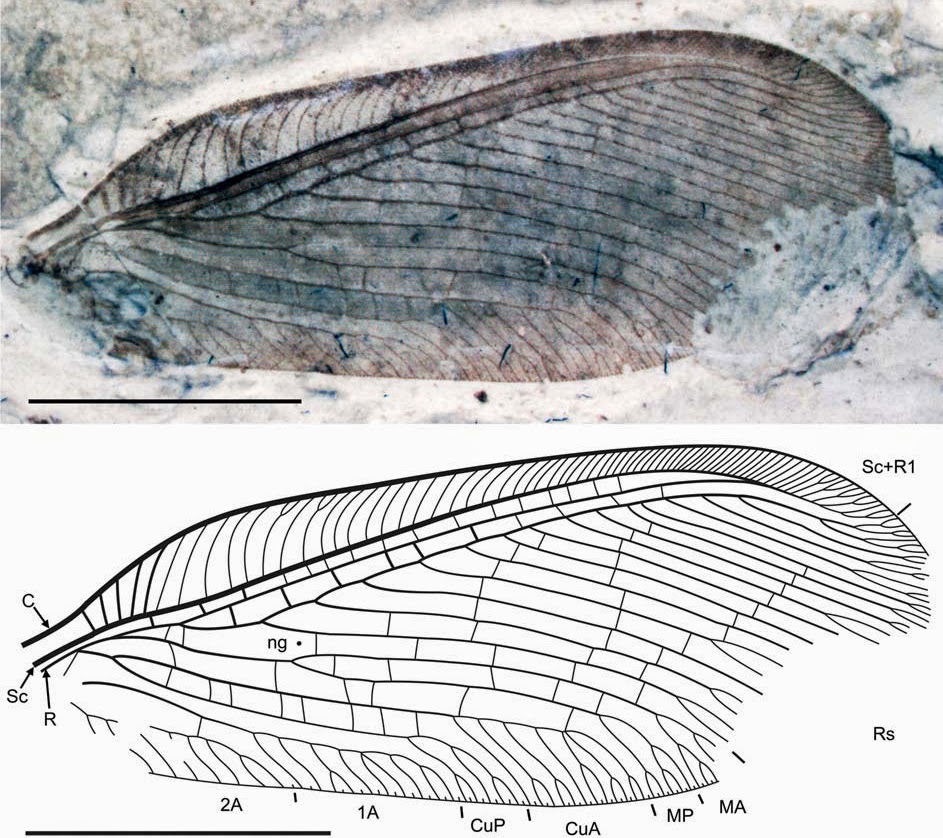 While confident that Archaeosmylidia fusca belongs within the family Osmylidae, Makarin et al. cannot confidently assign it to any of the ten described subfamilies within the group. Instead they suggest that the venation of Archaeosmylidia fusca appears primitive compared to other members of the group, and probably reflects the ancestral state seen in the oldest, unknown, members of the group. They further note that it also resembles some members of the older group Archeosmylidae, strengthening claims of a relationship between the two groups. 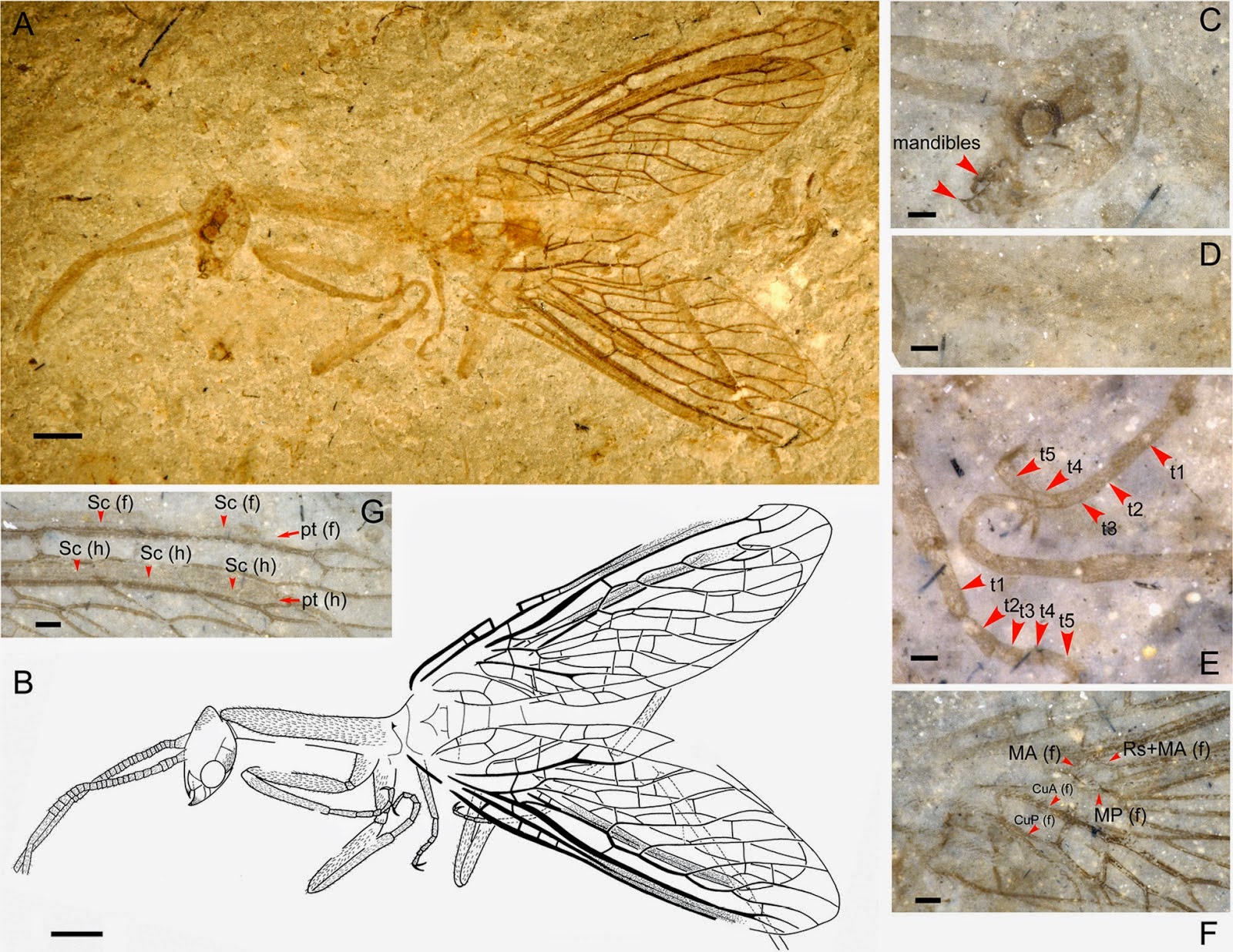 Snakeflies (Raphidioptera) are a group of carnivorous flying insects related to the Lacewings, Antlions and Alderflies. They have long life cycles, with a number of larval stages, but still feed as adults...

The Dustrywings (Coniopterygidae) are small (usually under 5 mm) Insects related to Lacewings and...