The remains of a variety of non-marine Vertebrates have been recovered from Ellesmere and Axel Heiberg Islands in the eastern Canadian High Arctic from the 1970s onwards. These vertebrate assemblages date from early – middle Eocene (53–50 million years ago), when the islands were close to their current positions within the Arctic Circle, yet indicate that the area had a warm climate at the time. This has provided a useful window into climates in the Arctic close to the Eocene Thermal Maximum (roughly 53 million years ago).

The first fossil described is a lateral line scale from a Gar of the genus Atractosteus, which are currently found in the Southern United States, Mexico, Central America and parts of the Caribbean. This is 19 x 9 mm, with the distinctive elongate diamond shape of a Gar scale.

Lateral line scale of Atractosteus sp. from the Eocene of Banks Island, in medial (A) and lateral (B) views. Eberle et al. (2014).

The second fossil is a partial vertebra identified as having come from a Fish of the family Amiidae (Bowfins), which are currently found in southeastern Canada and the Eastern United States. 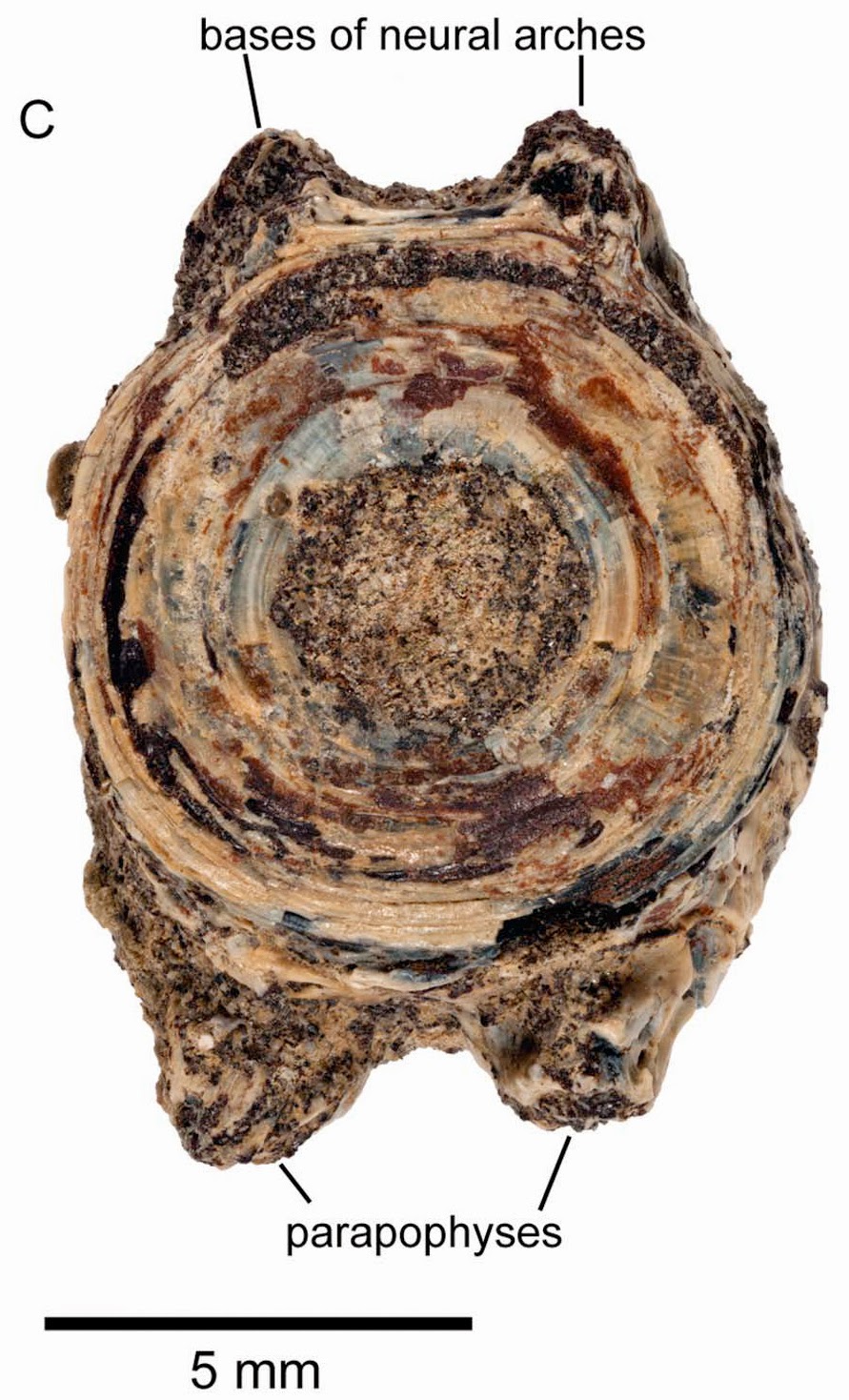 Partial vertebra of an Amiid Fish from the Eocene of Banks Island. Eberle et al. (2014).

The third specimen described is an isolated scale from an Esocid Fish (Pike), which are currently found across North America and in Eurasia from Western Europe to Siberia. A number of other Esocid scales were found, though only the best preserved is formally described in this paper. 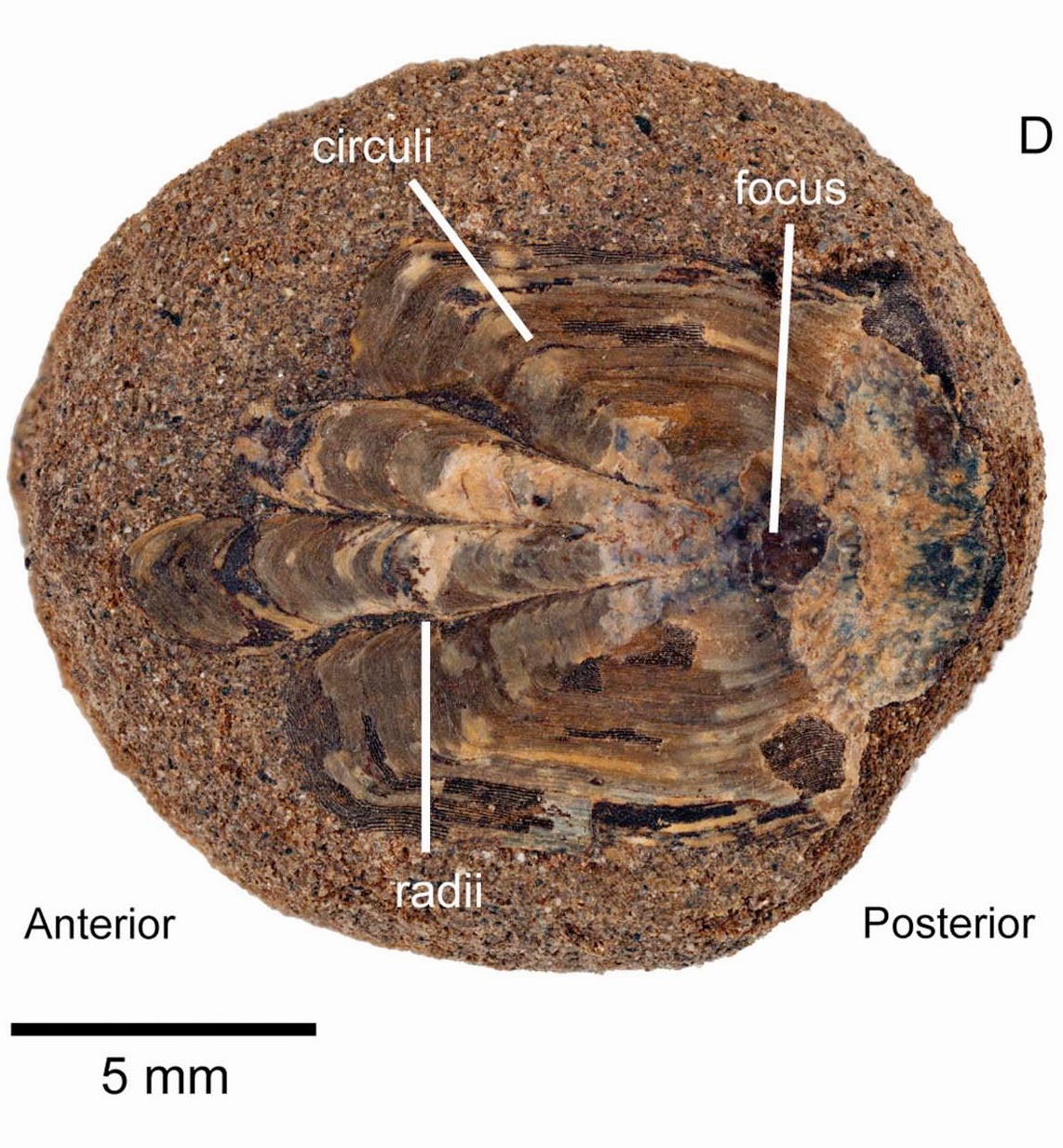 Finally Eberle et al. describe a partial vertebra from a Crocodilian. The most cold tolerant modern Crocodilian, the American Alligator (Alligator mississippiensis) occurs naturally as far north as North Carolina, but numerous Crocodilian remains have been found in Eocene strata on Elesmere Island, suggesting that the Canadian High Arctic had a suitable climate for them close to the Eocene Thermal Maximum.

Taken together these fossils strongly imply that Banks Island probably had a climate similar to that of the Southern United States close to the Eocene Thermal Maximum. While this is no longer totally surprising, as we are now used to seeing such warm climate fossils from the Canadian High Arctic at this time, it does extend the known range of this ecosystem over 1100 km further to the west.

Kimberlite pipes are produced by rapid volcanic intrusions carrying magma from the Earth’s mantle rapidly to the surface, often resulting in explosive phreatomagmatic eruptions (explosions caused by hot magma coming into contact with water). These pipes are considered high value economic resources due to the common occurrence of diamonds... 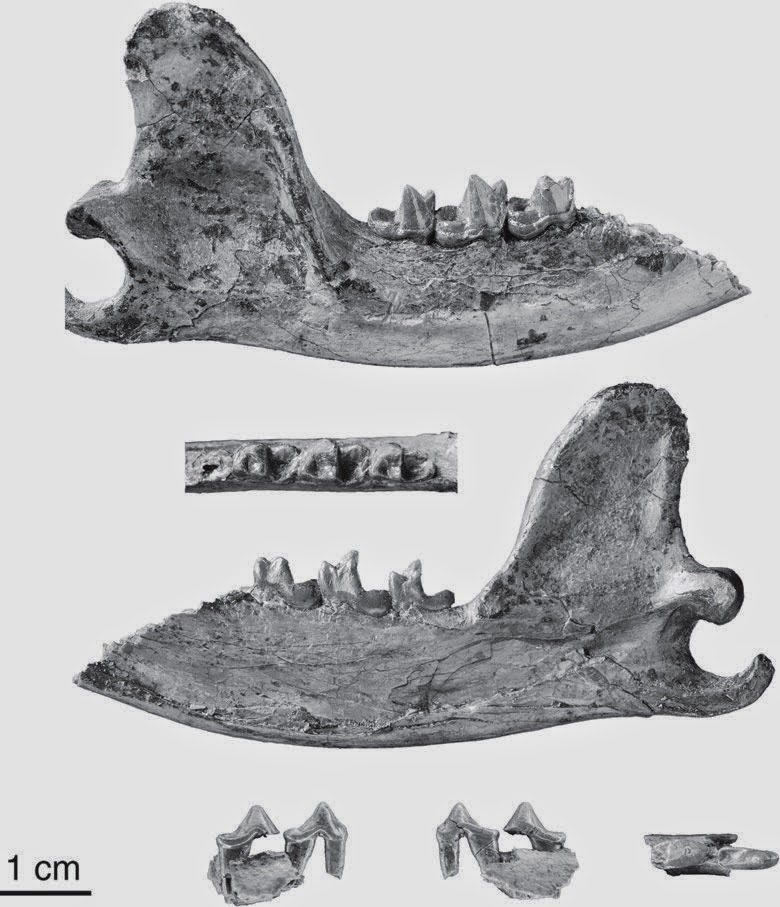 An American Hyaenodontid in China.

The Hyaenodontidae were a group of carnivorous Mammals the appeared in the the Late Palaeocene and continued till the Late Miocene. Their name means 'Hyena-toothed', though they are not closely related to the Hyenas, or any other extant Mammal group. They were formerly classified with the Oxyaenids in a group called the Creodonts, though that group is now thought to be polyphyletic... A Giant Camel from the mid-Pliocene of Ellesmere Island in the Canadian Arctic.